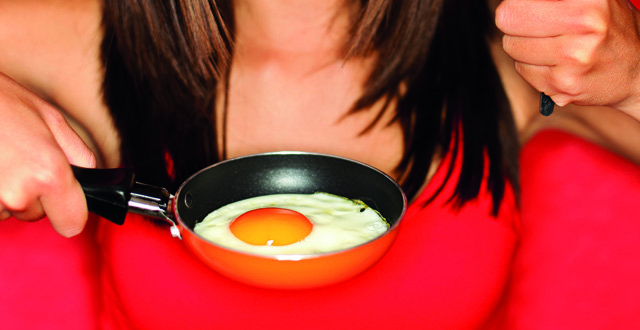 The concept of a ‘settled science’ is flawed as it ignores the fact that the discipline is always in a state of flux, according to George Winter

Nobody can eat 50 eggs,” says Dragline in Cool Hand Luke (1967). Well, Paul Newman’s eponymous character did… in an hour. The film highlights Luke’s clashes with prison-farm brutality, but what might a contemporary remake focus on? Maybe the egg-eating scene, followed by urgent reflection on the dietary mayhem wrought by Luke’s ovi-centric bingeing?

These thoughts were prompted both by Easter approaching and by Zhong et al’s recent ‘Associations of Dietary Cholesterol or Egg Consumption With Incident Cardiovascular Disease and Mortality’ (JAMA, 2019;321:1081-95). Their study of 29,615 American adults found that a “higher consumption of dietary cholesterol or eggs was significantly associated with higher risk of incident cardiovascular disease (CVD) and all-cause mortality in a dose-response manner”.

Why was this paper published, given its questionable quality? I’ll mention three lacunae. First, central to the study was each subject’s provision of a food frequency questionnaire (FFQ) at the time of enrolment. The reliability of FFQs can be inferred from what Archer et al (2018) in the Journal of Clinical Epidemiology https://doi.org/10.1016/j.jclinepi.2018.08.003 say about such memory-based dietary assessments: They are “pseudo-scientific and should not be used to inform public policy or establish the Dietary Guidelines for Americans.”

Second, of the 5,400 CVD events recorded there were 2,088 – a whopping 38.6 per cent – fatal and non-fatal coronary heart disease (CHD) events. Yet, as p.29 of the supplementary information shows, evidence of cholesterol-mediated malignity is missing, and the authors confirm (p.1,094): “The non-significant association for CHD was consistent with the literature.”

Third, as Dr Andrew Mente of McMaster University, Hamilton, Canada tweeted (22 March): “I’m surprised few people have commented on the INVERSE association between egg intake and blood cholesterol (ie, non-HDL), which was buried in the appendix and not addressed in the discussion. Directly challenges the underlying hypothesis used to vilify eggs for six decades.”

When it comes to nutritional epidemiology, the scope for spurious associations, exemplified by Zhong et al’s (scrambled) egg study is Wagnerian in its sweep and grandeur. As a result, questionable science is translated into newspaper headlines and cemented in the public consciousness as truth. But is research beyond nutritional epidemiology immune from criticism?

When a researcher asserts “the settled science” of something or other it demonstrates ignorance of science being in a constant state of flux: Evolving when new facts emerge to be assimilated into an expanding body of knowledge. As economist John Maynard Keynes reportedly observed: “When my information changes, I alter my conclusions.” Acting otherwise implies reckless optimism.

To take one example, “settled science” attributed stomach ulcers to excess acidity and/or stress. Philosopher Paul Thagard, however, in Studies in History and Philosophy of Biological and Biomedical Sciences (1998, 29: 107–136) records how, when subsequent Nobel laureates Marshall and Warren implicated Helicobacter pylori, it “was initially viewed by some researchers as absurd and outrageous”. These ulcer acidity/stress deniers apparently favoured a fringe view, with Thagard citing the now-leading H.pylori researcher Martin Blaser’s response to a talk by Barry Marshall as “the most preposterous thing I’d ever heard; I thought, this guy is a madman”.

It is a further sobering thought to realise that some well-publicised guidelines are not so firmly anchored in foundational evidence bases as one might hope, and thus cannot be used as a platform from which to advance meaningful claims of “settled science”. For example, Fanaroff et al, writing in JAMA (2019, 321:1069-1080), investigated ‘Levels of Evidence Supporting American College of Cardiology/American Heart Association and European Society of Cardiology Guidelines, 2008-2018’.

Further supporting my suggestion that “settled science” cannot always be confidently asserted is Arnett et al’s recently published 2019 ACC/AHA Guideline on the Primary Prevention of Cardiovascular Disease. For example, the authors have based some of their recommendations on nutrition and diet – including replacing saturated fat with unsaturated fats and reducing dietary cholesterol and sodium – not on high-quality evidence, but on what they define as only moderate-quality evidence, drawing on non-randomised, observational or registry studies.

When Dr Fiona Godlee, editor-in-chief of the BMJ, addressed the 2018 Food for Thought Conference in Zurich, Switzerland, she observed: “One big reversal [in our thinking] is the demonisation of fat,” and suggested that “we’ve got to recognise those reversals, acknowledge them, and have some humility about what is said”. That humility, she added, “must extend to guidelines”.

Data kindly provided by www.bordbia.ie show that the Irish egg market is growing at 4.2 per cent year on year and in 2017 egg consumption per person in Ireland was 156. I’ll happily eat eggs… but not 50 at a time.