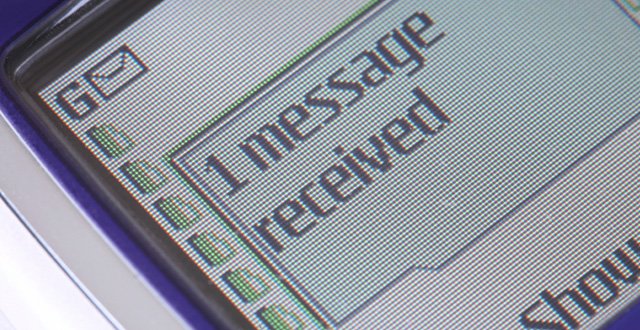 Some 62 per cent of texts to Console’s 51444 number are now coming from males.

According to Console, calls to its helpline are also rising, but not to the same extent as contacts with its text service. The charity has been publicising the text service over the past year.

“Men are four times more likely to take their own lives, but up to this point, no-one has been able to reach them in numbers,” said Console founder and CEO, Mr Paul Kelly.

“For example, 61 per cent of the steadily increasing 3,400 monthly calls to our free 1800 247 247 helpline come from females, almost a direct reversal of the text statistics.

“Most of the 49 per cent increase in text use comes from young men who are using their mobiles as a way of opening initial communication with Console’s services. We have experienced a large rise in young men texting HELP to 51444 who may be in suicidal crisis, have attempted suicide or are engaging in deliberate acts of self-harm.”

Texters may be about to take their own lives or are at the stage of having this planned, he said.

“When people are experiencing this level of crisis, they sometimes find it easier to type than to talk,” said Mr Kelly. “Our highly-trained and professional counsellors engage with them, and establish a rapport that can be transferred to verbal communication in many cases.”

“By introducing their unique text service, Console is meeting young men where they are and not where we insist they should be,” said Mr Murphy. “Console are communicating to young men in their way and not insisting that they learn and communicate in our way. I believe that they have found the road to the future.”

Console’s statistics also show an increase in the number of young people calling the helpline because they are concerned about the welfare of a friend who may be in suicidal crisis.

“Third party calls about both teenagers and adults are becoming more of a feature of our work and mark a change in attitude toward suicide in Ireland, with people realising that there is help and hope available for those who may be in crisis,” said Mr Kelly.