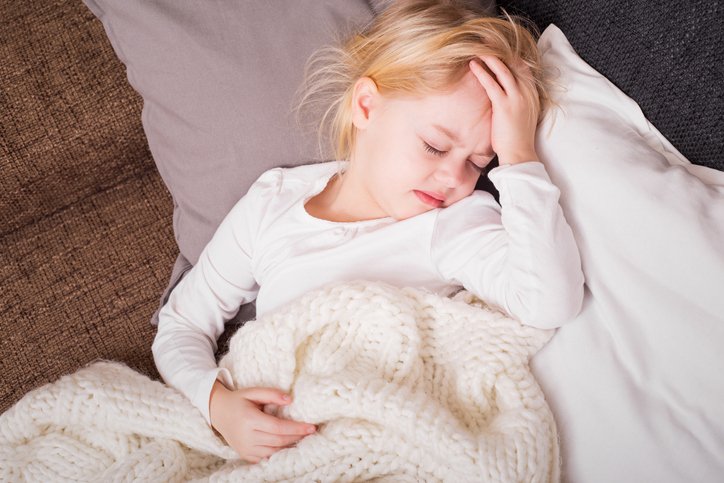 Headache in children and teenagers is a source of significant disability with one-in-11 school children having regular headaches. However, often migraine and its associated sub-types go undiagnosed and subsequently untreated in this group. This problem was typified for me at a recent webinar organised by the Migraine Association of Ireland when I was asked by a parent: My daughter, ‘Sinead’, is 14 years old and has suffered from migraines since she was a young girl. She had migraine pains in her stomach when she was young, but they have become more intense in her head in the last year. For the last few months, she seems to be having them a lot more and is finding them very limiting. Our GP gives her Ponstan for them, but it never relieves them. What medications can she try?

I will try to address the issues raised in this question in this article as all too often a GP may well feel under threat when faced with a mother and teenager as described above and wonder what are they really going to be able to do for this teenager. To add to the child and teenager’s dilemma, they may have seen their parent, usually the mother, suffer significantly from headaches. This may well make the child all the more fearful of their own headaches and resultant disability the child has seen the parent’s headache cause.

When migraine is mentioned, one immediately thinks of a woman aged between 15-to-49 years and rightly so as it is the highest cause of disability for women in this age group. But children and teenagers also suffer from migraine. Luckily, these children and teenagers may well get a respite from their headaches when their hormones settle after sometimes having had a ‘flurry of migraine attacks in their early teens’. Female hormones usually settle when the teenager is 18 years and it is generally considered that a diagnosis of pure menstrual migraine cannot be made until a teenager is over 18 years of age.

Common types of migraine in children and teenagers are:

2) Migraine with typical aura – present in 10 per cent of all this age group who get migraine. Aura typically last from five-to-60 minutes is usually visual.

b) Retinal migraine, usually associated with a loss of some part of the vision. This is known as a scotoma.
There are other presentations of migraine with brainstem aura and they are not as common in this age group as the ones mentioned above. Scotoma differ from visual aura in that scotoma reflect a loss of visual field, while visual aura reflect an addition to the person’s visual field.

4) Episodic syndromes – recurrent gastrointestinal syndromes, abdominal migraine, cyclical vomiting syndrome.
The episodic syndromes are very common in this age group. Therefore I focus on them in this article. Like migraine, the latter two conditions are often undiagnosed, misdiagnosed and subsequently not treated appropriately.
I think it is important to reflect initially on the maindifferences between adult migraine and migraine in children and teenagers.

While the diagnostic criteria in Table 1 apply to adults they can be applied to children for the most part except for the duration of the headache in a child or teenager. It is two-to-three hours rather than the minimum of four hours for adults. With those differences in mind, children often experience all of the same migraine symptoms as adults, but describe them in slightly different ways than adults do or may not be able to express their experience at all due to distress.

A child could be encouraged to draw a picture of their headache if they are unable to describe it. Typically, when the child complains of nausea and stomach aches, they will express a preference to lie down in a quiet room. In the recovery phase of the headache, the child who lies down may be fully recovered after 15-to-30 minutes rest, which is a significant contrast to the much longer recovery phase for an adult.

It is now being considered scientifically that infantile migraine may manifest itself as infantile colic. Young boys may start presenting with headaches at age five years. In fact, I had a three-year-old girl who presented with weakness in her left arm and leg. Travel sickness in a child is commonly seen in those who develop migraine later in life. As you can see from Figure 1, migraine is actually commoner in boys than in girls from five-to-nine years. After that age it becomes more common in girls.

As children get older, they may have predominantly gastric symptoms in that they have stomach cramps and wish to lie down. Sinead’s case history mentions that abdominal symptoms predominated in her childhood.

Episodic syndromes in children and teenagers

A range of symptoms and signs such as vertigo, torticollis, visual and sensorimotor disturbances, anorexia, recurrent abdominal pain, nausea and vomiting, motion sickness, and sleep and behavioural disorders may occur in children in the absence of headache and may precede the development of typical migraine manifestations by several years.
In 2001, the relationship between infantile colic and migraine was defined. The data suggested that children with migraine were more likely to have a personal history of infantile colic and a family history of infantile colic or migraine in any of their first-degree relatives.

Children with a history of infantile colic were also more likely to have a positive family history for migraine. It is therefore supposed that pain and crying in some genetically predisposed infants could represent a form of infantile migraine with an age specific expression.

Abdominal migraine and cyclical vomiting syndrome are the most common episodic syndromes in children seen in general practice and paediatric neurology clinics, many of whom later develop migraine. The criteria for the diagnosis of abdominal migraine are outlined in Table 2. Headache does occur during these episodes. Abdominal migraine should not be confused with ‘functional abdominal pain’ which has different criteria and is described in detail in the international gastrointestinal classification referred to as Rome IV. Functional gastrointestinal disorders cover a wide range of disorders attributable to the gastrointestinal tract that cannot be explained by structural or biochemical abnormalities.

As you can see from the classification of abdominal migraine and functional abdominal pain, there is considerable overlap of symptoms. This surely proves the need for a diary of all symptoms this age group suffers on an ongoing basis so a correct diagnosis can be reached. Only with a correct diagnosis can appropriate treatment be given. There is a growing body of evidence to suggest lifestyle measures and medication that is used in migraine prophylaxis should also be used in abdominal migraine. Cyclical vomiting is classified in the International Classification of Headache Disorders (ICHD). Its criteria are outlined in Table 3. It is typically a self-limiting condition occurring in childhood with episodes of complete normality between episodes. The cyclical nature is the hallmark of the condition, and attacks are predictable.

Cyclical vomiting was only first included in the classification in 2006 even though the ICHD was initiated in 1991. The clinical features of this syndrome resemble those found in association with migraine headaches and multiple threads of research over recent years have suggested that it is a condition related to migraine.

What can be done for Sinead, a teenager with migraine?

Migraine is a throbbing headache which comes on quickly and can be associated with nausea or vomiting. A child needs to have had five attacks before the diagnosis can be made.

1) Confirm the diagnosis by asking the teenager the exact symptoms she has, bearing in mind that most headaches are migraine until proven otherwise by making certain that an alternative primary headache disorder or secondary diagnosis is not missed.

2) How many days a month has she gotten headaches and how many days is she headache free?

3) What medication is she taking and how much; be sure to ask about paracetamol and ibuprofen?

4) How much disability is she suffering – missing school, sports, meeting friends, and family events?

5) Look at trigger factors as outlined in Table 4. While this may seem time consuming it is well worthwhile in the long run. Quite a few mothers have said to me recently that their daughters have the same trigger factors as they have themselves.

A trigger is defined as any factor upon exposure or withdrawal that will provoke a headache. Some triggers can be part of the aura, ie, tiredness can cause migraine, but also it can be part of the prodrome, the period before the headache starts. While it is time consuming to go through the triggers, it is an important part of any headache consultation. Triggers may not be apparent, but my teenage patients tell me that keeping a diary using the phone app ‘migraine buddy’ educates them and helps to identify their triggers. There are usually one or more triggers at the same time precipitating a migraine attack.

Going back to Sinead, our 14-year-old with headaches, if Ponstan is doing nothing for her, the likelihood is that she is having chronic migraine at this stage. This is defined as having headaches on more than 15 days per month of which eight of the days she has migraine-type headaches. The other seven days of headache may have features suggestive of migraine. In this case she needs preventative medication to stop the migraine coming on. Given that she has had abdominal migraine she probably has been having migraines for six-to-seven years already. I feel it is important to give her a preventative to try and break the cycle of headaches.

The most frequently prescribed preventative agents in Ireland are outlined in Table 6. When deciding what medication should be given, the doctor should consider the premorbid personality of the child or teenager, and the predominant symptoms that the teenager described. Recently I had a young man of 14 years whose migraine is precipitated by stress. Venlafaxine would be a good option for such a young man.

As we look to the future, we look forward to the newest class of migraine drugs, calcitonin gene-related peptide (CGRP) monoclonal antibodies, becoming licenced for children. They will be the first preventative drug specifically for migraine. Currently they are licenced in America and some European countries. To date there is no published research on their effects in children but those in the migraine world are optimistic about the future.