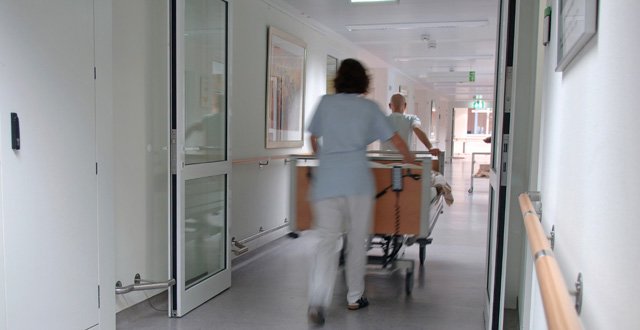 The call comes as the number of public patients waiting over three months for the test reached an all-time high of 4,343 at the end of March 2016.

Since the turn of the year, the number of public patients waiting more than three months for a colonoscopy has risen by almost 1,000 people. Private patients can get the test done within 12 days.

Mr Donal Buggy, Head of Services and Advocacy at the Irish Cancer Society, said: “Colonoscopy waiting times have reached a critical point. This issue requires political intervention before it worsens.”

The Society estimates that if waiting times continue to rise at the rate they have since the end of December, some 7,187 people could be waiting more than three months for a colonoscopy by the end of this year.

Mr Buggy said: “We acknowledge the efforts of the HSE in tackling waiting times, through external appointments at private facilities, but this only appears to have a short-term impact. An ambitious, long-term approach is needed to resolve the current situation, and we believe that political input is required to do so.”

Towards the end of 2015, the HSE, through the National Treatment Purchase Fund (NTPF), arranged appointments in private hospitals for public patients listed as waiting over 12 months for colonoscopy procedures. This helped reduce waiting times over 12 months to 114 at the end of December. However, since then this number has almost quadrupled to 544.

Up until 2016, the HSE’s own target was that 100 per cent of patients should have a colonoscopy performed within 13 weeks of referral by their GP. In their National Service Plan for 2016, this was revised downwards to 70 per cent.

Mr Buggy said: “No one should be waiting longer than three months for a colonoscopy. The stark reality is that we can expect some colorectal cancers to be diagnosed when patients on waiting lists eventually receive their colonoscopy.”

Additionally, the HSE has yet to implement HIQA guidelines on referral thresholds for patients with gastrointestinal symptoms, published in late 2014, which Mr Buggy says would “help ensure that the right patients receive referral and treatment at the right time”.

“While we welcome actions such as the move to appoint a Clinical Lead to the National Endoscope Working Group, and we have seen some progress in the closer coordination of colonoscopy workloads within hospital groups, it is clear that colonoscopy waiting lists require a hands-on approach and we believe it is the responsibility of the next Government to co-ordinate this,” said Mr Buggy.

• Adequate investment so there are enough radiographers and gastroenterologists working in Irish hospitals.

• Investment in, and training of, additional Advanced Nurse Practitioners (ANPs) to enable them to perform colonoscopies safely and effectively.

• Continued and closer coordination of colonoscopy lists between hospitals working within the same hospital group, so that a situation where endoscopy suites in one hospital are under-utilised while a hospital in the same group is overburdened, is avoided.

• GPs to have clear guidelines for when they should refer a patient for a colonoscopy and when another investigation is better suited.

In the coming weeks, the Irish Cancer Society will launch a report on ‘Access to Diagnostics Used to Detect Cancer’ along with the ICGP. It will include further recommendations on improving access to tests used to detect cancer.