The right tools for the right job 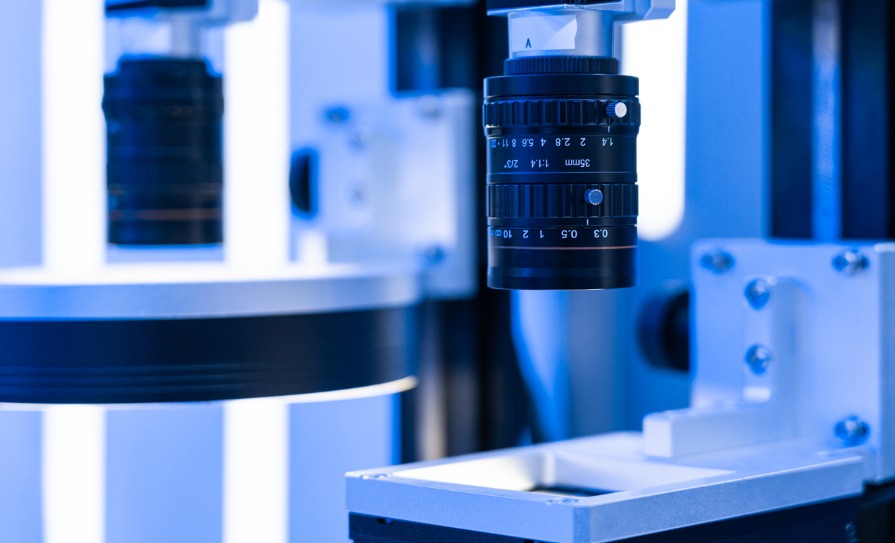 Attendees heard a presentation from Prof John Connelly, who leads a multidisciplinary team of scientists and engineers at Queen Mary University London, UK. Prof Connelly spoke on the topic ‘Dissecting the Mechanisms of Human Mechanobiology using Bioengineering Tools and Technologies’. Prof Connelly is also Academic Lead for the CREATE Lab and co-course Director for the MSc in Regenerative Medicine.

Prof Connelly discussed how, throughout life, human skin has the extraordinary ability to self-renew under homeostatic conditions and to repair tissue damage following injury. He outlined the complex and dynamic signals that control these regenerative processes and how these dynamic signals from the cellular microenvironment include biophysical and mechanical cues, which are vital for directing cellular fate and function.

However, he explained, there is a lack of tractable and physiologically relevant models to help in our efforts to understand this interplay between mechanical forces and the underlying molecular mechanisms. He told the attendees that in his lab, a range of bioengineering tools have been developed to enable precise control over, and investigation of, the key extracellular mechanical cues involved in homeostasis and repair.

His team utilises micropatterned extracellular matrices (ECM) and hydrogels with ‘tuneable’ stiffness to show that mechanical forces regulate keratinocyte differentiation and proliferation. This process happens via cross-talk between the actin and keratin cytoskeletons and modulation of epidermal growth factor signalling, he explained. Prof Connelly added that biophysical cues play a central role in nuclear mechano-sensing by modulating chromatin remodelling and nucleolar structure — this in turn regulates downstream transcriptional and metabolic responses, he said.

When taken in combination, these systems provide a “robust bioengineering toolbox with which to study the mechanisms of skin regeneration over multiple dimensions, and length/time scales have led to new insights into the mechanobiology of human skin cells”.

Prof Connelly discussed how these physiological forces are transmitted and converted into biochemical signalling and ultimately, changes in gene expression. The nucleus is a central hub for interpreting these signals and he explained that his research focuses mainly on some key questions: How are mechanical forces from the external environment transmitted to the nucleus, and what are the structures involved and how are they regulated; and what is the potential impact of altered mechano-sensing or nuclear mechanics, and how does that influence gene transcription function.

One of the important challenges in this regard is how to control the application of these mechanical forces, and Prof Connelly outlined some of the strategies to achieve this, including hydrogels of different composition, among other tools. “The cytoskeleton is a central mechano-sensing component that is particularly involved in the conversion of mechanical forces to downstream biochemical [effects],” he explained.

Prof Connelly briefly discussed how the keratin cytoskeleton makes up a huge proportion of cells’ volume and mechanical properties, and he described the close interaction between the actin and keratin networks. “What we have found suggests that keratin could be playing an important role in overall cell mechanics and mechano-sensing,” said Prof Connelly. He referred to previous research work where all cytokeratins were deleted and said “this has a significant impact on the cells’ stiffness and contractile properties, so the keratin really is essential for defining the mechanical properties of keratinocytes.”

A subsequent research endeavour was to determine whether keratinocytes are involved in mechano-transduction and mechano-sensing, and if so, to what extent. He outlined some of his studies in this area and the role of polyacrylamide gel substrates. He described how some of “these… gels are probably the closest to the mechanics of the skin’s dermis”, whilst others are more indicative of the stiffness that might be seen in scar tissue. “We can tune the underlying stiffness that the cells are sensing and responding to,” he told the seminar.

“We have seen that the keratin cytoskeleton is mechano-sensitive, so it can structurally and mechanically adapt and change its physical environment,” said Prof Connelly. “We have also seen that there is this cross-talk and close relationship between keratin actin networks… what was also interesting in these studies is that we see some very distinct and different effects of different EBS mutations.”

He also presented a synopsis of his team’s work on a number of alternative models of keratin dysfunction and research into micropattern surfaces. He told the attendees that this allows the researchers to very precisely control the shape of individual cells in a consistent way. “With this system, we can force the keratinocytes to adapt into this very compact, rounded morphology, or into a more spread morphology,” he said. As the cells spread, Prof Connelly and his team observed that they could see a very clear increase in the size of the nucleus — in micropatterns, the nucleus was approximately 25-to-30 per cent larger, he added. This sheds light on how the shape of the nucleus may influence internal cellular organisation: “Potentially, this change in nuclear volume could be facilitating the opening or closing of the chromatin and ultimately, the regulation of gene transcription,” he said.

Prof Connelly summarised: “The keratin cytoskeleton structurally and mechanically adapts to changes in the mechanical environment, and the keratin-actin crosstalk regulates downstream signal transduction to the nucleus. There are also distinct effects of different EBS mutations.

“We have identified the nucleolus as a novel [part of] the cell that is capable of responding to diverse mechanical inputs,” he continued. “This change in nucleoli is mediated by interactions with the cytoskeleton, but also by the underlying physical properties.”

During an interactive Q&A session which saw questions from the online audience and in-house attendees, Prof Tobin touched on proliferating tissue, “such as the keratinocyte in the skin, where you can see another cell expanding and having two daughter cells,” he said. “Of course, you see nuclear expansion and the volume of expansion happening there… there must be some dynamism around building blocks for nuceolar material, either in an interface cell, but probably more likely in a proliferative cell, where you now have two nuclei to fully ‘build’ essentially,” he continued.

“Are all the proteins that are needed in this sort of ‘mushy’ nucleolus coming in from the cytoplasm as these cells are going from other cells to the daughter cells?”

“That’s a very interesting topic and it’s something that we need to look at more carefully,” Dr Connelly responded. “In this system [described in the presentation], there are very short time-frames and cells really are not dividing much during that period. We are not ignoring the problem of proliferation, but that is a really interesting area for us… the other thing we would like to do is to look at whether it’s reversible.”