Unified theory of inflammation against self in psoriasis and allied disorders 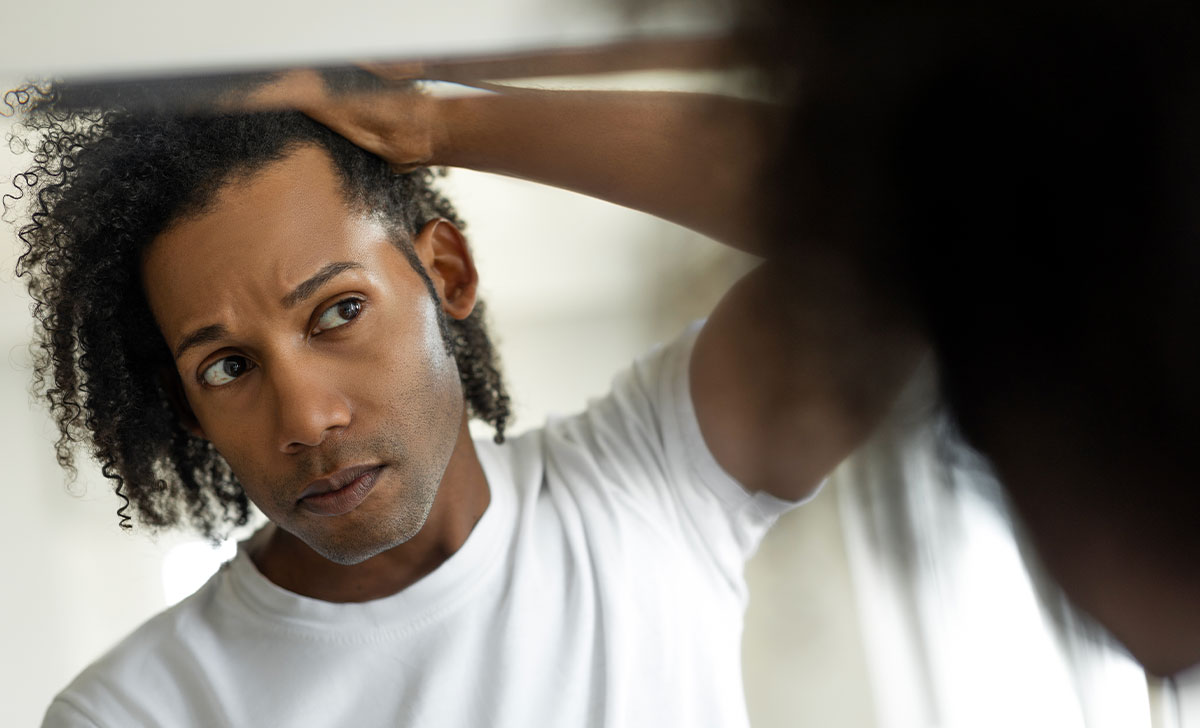 Attendees at UCD’s Charles Institute Seminar Series heard a presentation by Prof Dennis McGonagle from the University of Leeds on ‘MHC-1-opathy’ in psoriasis and other diseases.

The Charles Institute, Ireland’s national dermatology research and education centre, hosts a range of guest speakers who cover a variety of topics ranging from skin cancer to psoriasis, among many others. The series, which is sponsored by RELIFE (part of the A.Menarini group), is designed to provide expert advice from a range of distinguished national and international experts in their respective fields and is chaired by Prof Desmond Tobin, Full Professor of Dermatological Science at UCD School of Medicine and Director of the Charles Institute of Dermatology. The seminars are broadcast to attendees with a special interest in dermatology and cutaneous science in other locations, who access the talks remotely via an audio-visual link. The seminars are held using a hybrid model, combining in-person attendance with interactive online access.

Attendees heard a presentation by Prof Dennis McGonagle of the Leeds Institute of Rheumatic and Musculoskeletal Medicine at the University of Leeds, UK, who delivered a presentation titled ‘MHC-1-opathy in Psoriasis and Beyond – A Unified Concept for a Distinct Type of Inflammation Against Self’. Prof McGonagle trained in rheumatology in Dublin and Leeds and after graduating with first-class honours in medicine in UCD in 1990, and winning the O’Donovan Gold Medal and went on to undertake translational research in rheumatology and immunology.

Prof McGonagle’s work includes using microanatomy and imaging to explore the pathogenesis of seronegative inflammatory diseases. Among his achievements, Prof McGonagle has defined the central role of the enthesis in joint pathology in a number of key publications, including in The Lancet, where he described the cytokine-mediated enthesis theory of synovitis in seronegative spondylopathies. Prof McGonagle is also responsible for developing the modern immunological Disease Continuum classification of inflammation against self, and his group has defined normal human enthesis innate and adaptive immunity (PLOS Med, 2006).

He also discussed the nature and course of autoinflammation, and told the attendees: “Autoinflammation may be due to genetic dysregulation or functional dysregulation of cells of the innate immune system,” said Prof McGonagle. “Autoinflammation may be due to the dysregulation of the ‘non-immune’ cells of somatic tissues, which is often boundary tissues or physically-stressed tissues.” With reference to tissue specific patterns, Prof McGonagle outlined the structures of synovial joints that are not always seen on MRI and presented case studies on patients suffering with a range of diseases, including psoriasis, and abnormally increased angiogenesis in psoriatic synovia. “Given the functional integration of innate and adaptive immune systems, an immunological disease continuum of inflammation against self exists,” he said.

Prof McGonagle outlined the ‘MHC-1 effect’, pointing out that it is characterised by: earlier onset; more extensive disease; more severe disease; and more recurrent disease. He also raised the possibility that taken together, these could be therapy response predictors. He also presented research to illustrate the differences between the features of MHC-1-opathy and autoimmune diseases (Nat Review Rheum, 2015).

With specific reference to psoriatic arthritis, Prof McGonagle said distinct HLA-class I alleles are associated with phenotypic features of the condition. He explained that IL-4 and IL-13 block LPS-mediated IL-23 production from entheseal-derived myeloid cells. “It’s important to note that inflammation against self doesn’t have to be played out in the primary or secondary lymphoid organs, where antibodies or T-cells come and attack,” he told the seminar. “The disease can actually start in the target tissue itself due to local innate immune cell dysfunction, or due to intrinsic problems in the tissue.”

However, in spondyloarthritis (SpA), “before focusing on the MHC-1 effect, remember that the SpA spectrum is genetically heterogeneous,” he said. He presented research on uveitis and told the attendees: “The anterior part of the eye typically becomes inflamed in psoriasis and psoriatic arthritis. It actually has moving parts and sometimes, the inflammation is so bad that the aqueous humour that drains backwards brings cytokines to the retina and there can be retinal inflammation, but that is secondary – the main problem is an anterior uveitis in the moving parts of the eye lens and iris related tissues.”

He continued: “We have talked about the commonalities of MHC-1 in various diseases, but if you look at psoriasis… it has been shown in psoriasis that nail or scalp disease are not particularly linked to HLA-Cw06. If you look at ankylosing spondylitis, 50 per cent of these patients have underlying inflammatory bowel disease, and if you look at inflammatory bowel disease, there is no link to HLA-B27. In Behcet’s disease, the HLA-B51 disease-associated antigen isn’t linked to gut or brain disease. This is what we call differential immunopathology, and indicates the important role of each organ in immune system activation.”

He continued: “Speaking to a dermatology audience, I would say, look at filaggrin mutations – once you have barrier permeability issues, antigens get in and Th2 immunity is activated. The problem here is not that the immune system may be behaving in an entirely appropriate manner, but a problem with the barrier been circumvented. That’s an example of a disease that we would call Th2, but when viewed along an immunological continuum, a key role for the barrier in pathology is recognised.”

Prof McGonagle elaborated on the phenomenon of differential immunopathology and told the seminar: “You can have the same patient with the same immune system, but it isn’t [the same effects] because each organ has a compartmentalised, distinct immune system… the immune system has specialist ‘operators’ in different organs that work in different ways, so we postulated that this may be the reason for this complexity within disease.” Accordingly, this may account for the excellent impact of IL-17 blockers in psoriasis, but potential toxicity in the gut with exacerbation of inflammatory bowel disease.

Prof McGonagle summarised by telling the attendees: “There is a heterogeneity across psoriasis and seronegative-associated disease, but many patients have strong overlapping features,” he said. “One size does not fit all, and these diseases consistently show the strongest genetic associations are the MHC-1. Tissue specificity factors and immune dysregulation activates immunity and T-cells come back, bringing neutrophils – which is good for the skin and the gut – and the neutrophils then drive that local protective inflammation. So perhaps it is a T-cell-driven neutrophilic inflammation, and that is completely different [to other conditions such as viral infection], where the T-cell is acting more as a cellular ‘assassin’rather than a neutrophil recruiter.

“In these diseases [with MHC-1-opathy], it’s all about interacting with the ambient environment and bacteria and fungi in the ducts and in the skin, but the iris is sterile… it may be that neutrophils carry matrices into wounds and are involved in repair at the sites of inflammation, so neutrophils may be doing something in tissue homeostasis.” This may suggest a unifying genetic basis around IL23/17 axis and peptide-loading, he said.

During a lively Q&A session and clinical discussion following the presentation, Prof Tobin discussed how minor, low-grade, highly-localised injuries in individuals may potentially be the “first dominos to fall” in terms of the inflammation against self in any particular patient. “If you treat orally with immuno-suppressive treatment, this will circulate throughout the entire body. This seems to be a very high price to pay, ie, to start with the micro-lesion and then treat orally the whole body ie, a kind of sledge-hammer of the whole system?” said Prof Tobin. “So what has gone wrong; is it really down to an individual’s genetic haplotype, by virtue of their bad luck, or is there something else that leads to such catastrophic outcomes from an original and minor, localised injury? I guess we should have evolved a way for micro-lesions or micro-disruptions to be tolerated and not lead to such catastrophic outcomes.”

Prof McGonagle replied: “The standard argument is that it is a mixture of environment and genetics. When people talk about the ‘environment’, they typically talk about diet, and weight, and epigenetics, for example,” he said. “Historically, they haven’t factored-in the role of mechanics. Obviously, skeletal mechanics is ubiquitous and unavoidable; it’s a normal phenomenon. There are mouse models that clearly demonstrate that the entheseal mechanics seem to be the initiator of mouse seronegative psoriatic-type disease.”

He continued: “In children with juvenile psoriatic arthritis and allied spondyloarthritis, disease tends to start in the feet and knees, and it’s only when they age and grow and become heavier and stronger that disease actually migrates up to the spine, likely reflecting posture and biomechanical factors playing a big role in disease.” Thus, tissue specific factors interacting with T-cell leads to a unique immunopathology in psoriasis and beyond.