Melanin transfer and processing in focus 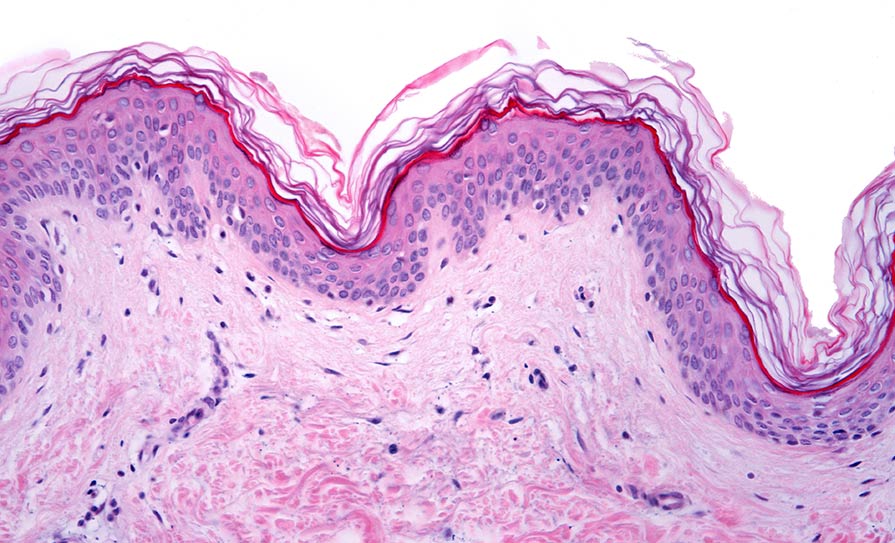 Attendees at UCD’s Charles Institute Seminar Series recently heard a presentation from Prof Duarte C Barral of the NOVA University of Lisbon on clinical research into melanin transfer and processing.

The Charles Institute, Ireland’s national dermatology research and education centre, played host to a range of guest speakers who covered a variety of topics ranging from skin cancer to psoriasis, among others. The series, which is sponsored by RELIFE (part of the A.Menarini group), was designed to provide expert advice from a range of distinguished national and international experts in their respective fields and was chaired by Prof Desmond Tobin, Full Professor of Dermatological Science at UCD School of Medicine and Director of the Charles Institute of Dermatology. The seminars were broadcast to attendees with a special interest in dermatology in other locations, who accessed the talks remotely via an audio-visual link.

Attendees heard a presentation from Associate Prof Duarte C Barral (PhD) of the NOVA Medical School at the NOVA University of Lisbon, Portugal, who spoke on the topic ‘Molecular Mechanisms of Melanin Transfer and Processing’. Among other distinctions, Prof Barral has been a post-doctoral fellow at Brigham and Women’s Hospital Harvard Medical School, and is a tenured Associate Professor and Principal Investigator at the NOVA Medical School. He has experience spanning more than 20 years in the field of membrane traffic and its regulation by GTPases of the Rab and Arf families, and has helped to uncover the previously-unknown role of several of these proteins, namely Rab27a, Arl8b, Arl13b, and Rab35.

Prof Barral explained how skin pigmentation relies on melanin, which is known to have a protective role against ultraviolet radiation-induced damage. He explained the basic pathway whereby melanin is produced by melanocytes and is subsequently transferred to keratinocytes, where it is then processed and forms supranuclear caps. However, despite the pivotal role of melanin secretion, as well as the transfer and processing by keratinocytes for skin pigmentation, the pathways involved are still controversial and remain poorly characterised.

“We have been studying these processes by characterising the pathways and regulators involved,” said Prof Barral. “We found that basal melanin secretion from melanocytes is regulated by Rab11b and the exocyst complex; that melanin uptake by keratinocytes occurs through PAR-2, Rac1- and Cdc42-dependent phagocytosis; and that melanin polarisation within keratinocytes is dependent on Rab7-mediated transport along microtubules.”

Furthermore, he added, he and his team have uncovered a new melanin exocytosis pathway that is stimulated by keratinocyte-conditioned medium and regulated by Rab3a.

Prof Barral presented an overview of study data and melanin transfer models. He told the attendees that his team found that “melanin is surrounded by a single membrane in keratinocytes, but melanin in the extracellular space is not surrounded by a membrane”. He explained that the four basic melanin transfer models are via cytophagocytosis; exocytosis/phagocytosis; filopodia fusion – inoculation (as shown by the Tobin lab); and via vesicles/globules.

“The exocytosis/phagocytosis model predicts that the identity of the membrane will be different because in the melanocyte, the melanosomes are surrounded by a membrane that changes because it is derived from the plasma membrane of the keratinocyte in those cells,” said Prof Barral. “So, the markers will be different; there is a lot of tyrosinase-related protein 1 (TRP1) within melanocytes, surrounding melanosomes, and there is almost no TRP1 surrounding melanin when it is within keratinocytes. Therefore, the identity of the membrane changes, and this is only explained by this model. Thus, in human skin, this could be the predominant mode.” He also outlined research to show that different modes can be used to reflect different situations, depending on the stress exerted on the skin.

The work carried out by Prof Barral’s group has shown that Rab11b and the exocyst tethering complex regulate melanin exocytosis and transfer, supporting the exocytosis/phagocytosis model. In addition, depletion of Rab11b or exocyst subunits does not affect melanin synthesis. The in vitro model he and his team are currently using is a reconstructed human pigmented epidermis model to recapitulate melanin transfer mechanisms.

For its part, autophagic activity recognises melanocores within keratinocytes, and the extent of melanin processing determines skin colour. Prof Barral also synopsised the process of vesicle movement along cytoplasmic microtubules, which is required for melanin clustering in keratinocytes, and the observation that Rab7 and its effector RILP are required for this process, he added.

Prof Barral went into further detail on his research processes and results and told the attendees: “We found that autophagy can contribute to achieving the well-known differences between fair skin and darker skin,” said Prof Barral. “In darker skin, it has been described as the existence of more of the single, bigger granules than in white skin, which contains clusters of smaller melanin granules. This also contributes to establishing the colour of the skin under non-stimulated conditions… interestingly, autophagy levels are higher in lighter skin than they are in darker skin.”

Touching briefly on melanin polarisation, he added: “We are still in the early stages of this research, because we have been focusing more on melanin clustering than the polarisation of supranuclear caps.” He also described wound-healing experiments where the researchers stimulated migration of keratinocytes in the would-healing process. “We saw a significant increase in melanin concentration at the leading edge area in migrating cells versus confluent cells, in which melanin is clustered all around the nucleus”.

During an interactive clinical discussion and Q&A session, Prof Tobin commented on how in mammalian biology, pigmentation represents a unique example of how an organelle made by one histological cell type (melanocytes) is giving way to a different histological cell (keratinocyte). Geographic ancestry is also very important in this process, he added, but “the degree of variation in that system is phenomenal, and we wouldn’t be a successful species at all if we had not evolved under/with the sun”. If humans had not been able to transform melanin, then “we would not have progressed beyond the canopy of the jungle, where our closest relative, the chimpanzee, retains white skin underneath its black hair. So, this is a really important area in human evolution – selective pressure for gene traits, and so on. So, even for those of you who are not deep into cell biology of the skin, as a survivor of the species, you have depended enormously on this process working effectively.”

Prof Tobin posed the question: “You have suggested that there are two settings in keratinocytes, a basal setting and a stimulated setting. To what extent are those processes continuous in biological terms, or could they be uniquely different processes?” he asked. “Our research suggests that the skin, as the most exposed organ, needs to have several ‘languages’ to cope with the stresses it will experience. Do you consider that these [processes] reflect the same overarching model, or do you think that evolution has required a different machinery to facilitate rapid change – in tanning, for example – within hours?”

Prof Barral replied: “It’s a very good point. Our view at the moment is that several modes coexist, and there was selective ‘multi-modal’ pressure in evolution,” he commented. “In terms of the machinery involved, I think it will differ. Regarding speed, the machinery will be different because there are fundamental differences that require different regulators, but we need to continue exploring this.

“I think the machinery has to be connected in order to switch from one mode to another, but there is the ability to be integrated… I think that when we have a clearer picture of the whole machinery in different modes of melanin transfer in human skin, then we can draw our conclusions. That’s why we focus on describing the regulators – we want to know the whole process, but we also want to know how it’s regulated.”