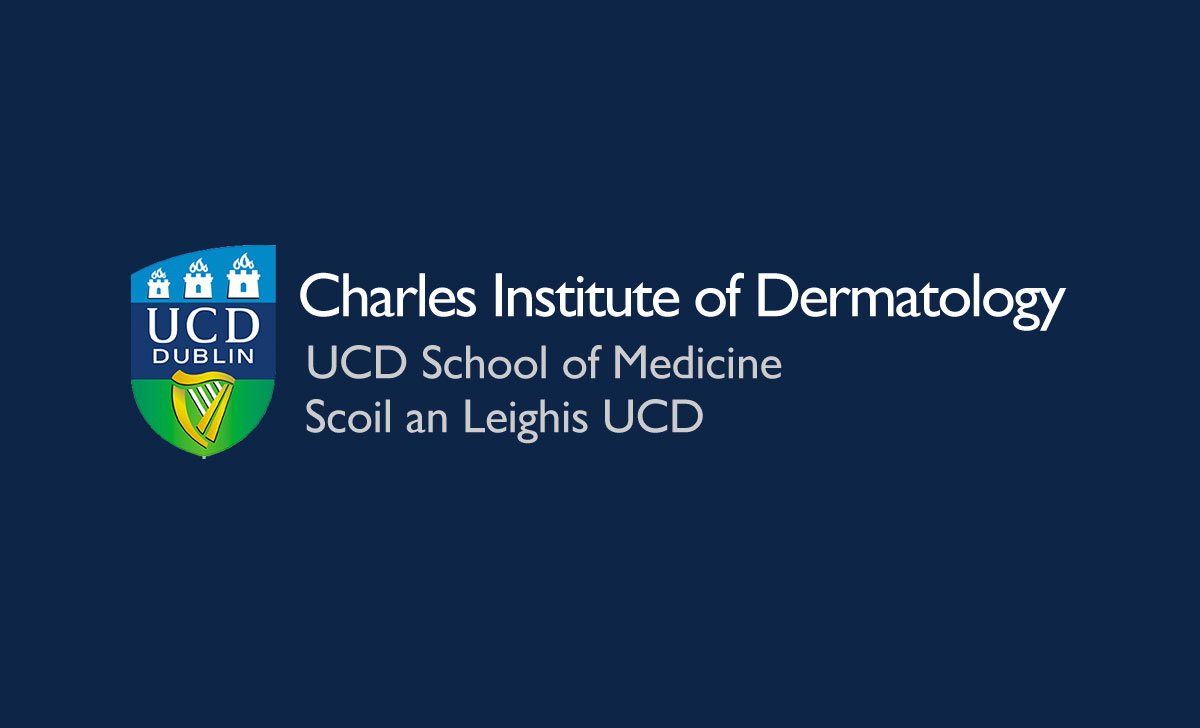 The Charles Institute, Ireland’s national dermatology research and education centre, hosts a range of guest speakers who cover a variety of topics ranging from skin cancer to psoriasis, among many others. The series, which is supported in part by RELIFE (part of the A.Menarini group), is designed to provide expert advice from a range of distinguished national and international experts in their respective fields and is chaired by Prof Desmond Tobin, Full Professor of Dermatological Science at UCD School of Medicine and Director of the Charles Institute of Dermatology. The seminars are broadcast to attendees with a special interest in dermatology and cutaneous science in other locations, who access the talks remotely via an audio-visual link.

Attendees heard a presentation by Prof Padraic Fallon, Professor of Translational Immunology at the Trinity College Dublin’s School of Medicine on the subject, ‘Atopic Dermatitis: Tails of Mice and Men’. Prof Fallon’s research combines both mouse models and studies on patients in a bid to elucidate new mechanisms of modulation in immunity. His work is focused on investigating new therapeutic options, particularly for allergic lung and skin inflammations, helminth infections, inflammatory bowel disease, obesity and haemophilia. In addition, he has published hundreds of papers in the field of immunology and is one of only two immunologists in Ireland who is ranked in the Clarivate top 1 per cent of scientists in the world by citations in immunology from 2018-2021.

In his talk, Prof Fallon discussed how atopic dermatitis (AD) is implicated in dysregulation of the skin barrier, which may predispose patients to developing secondary allergic conditions, such as asthma, for example. Mutations in the filaggrin (FLG) gene, a discovery by Prof Alan Irvine (Professor of Dermatology, Trinity College Dublin) and colleagues, can cause a loss of skin barrier integrity, he explained, and can lead to AD and AD-associated asthma. Prof Fallon and his team have identified natural mutations in FLG, as well as in a new gene (MATT) in the ‘flaky tail’ model of spontaneous skin inflammation. He and his team have also identified the various distinct functional roles and mechanisms of each mutation in the genesis of skin and lung inflammation. Prof Fallon presented to the seminar his insights from mouse models that can be relevant to human allergic diseases.

Prof Fallon provided an overview of the historical development of preclinical models and the range of models he and his lab currently have up and running. He also provided a synopsis of the creation and phenotyping of new transgenic or mutant mice. “Over the years, we have had very good collaborations, including with people in UCD, and the work has been very well received and translated,” Prof Fallon told the seminar. “Critically, most of the papers [which he has published] are not just mouse [models]. We either use mice for these or humans, going backwards and forwards.”

He briefly explained the clinical mechanisms of AD and described how research led to the conclusion that mutations in filaggrin predispose to AD and AD-associated asthma. “If you have a patient with a mutation in filaggrin, in essence, the integrity and function of the skin is compromised and you have a defective skin barrier,” he said. “That leads to alterations in pH, which affect innate defence and exposure to allergens – allergens that would normally be innocuous can penetrate the skin, with alterations to the microbiome. This whole cascade can lead to AD and if you have a mutation, you are highly predisposed to progress to AD-associated asthma.”

Internationally, filaggrin research has now been extended to different groups and populations. However, the fact remains that if there are mutations in filaggrin, the patient is exposed to potential defects in the skin barrier, and an altered microbiome, and there is a potential predisposition to develop AD, he said. “Filaggrin has functional consequences,” said Prof Fallon. “When you don’t have functioning filaggrin, it’s not just that there’s gaps between the skin’s functional architecture.” He explained that filaggrin also provides hydration, assists in binding to keratin elements, and is stored in keratohyalin granules, he explained.

Prof Fallon discussed selective breeding of mouse models and the development of mutant strains and how this led to the ‘flaky tail’ mouse, which has a loss of function mutation in Flg, analogous to FLG in humans. The mutant mouse model of human AD displays a compromised skin barrier, spontaneous atopy, neonatal and progressive skin inflammation, and a lower threshold to develop enhanced percutaneous sensitisation, he added.

Prof Fallon also briefly described the ‘flaky tail’ and ‘matted’ mutations. “The filaggrin mouse does not look like the double mutant,” he said. “If anything, the filaggrin mouse looks overtly normal in that context, whereas the matted mouse does not.” He described how he and his team worked to find this mutation and found a new mutation, whereby Tmem79 was renamed ‘matt’, and the coded protein was termed ‘mattrin’. In humans, mattrin is localised to the upper granular layer of the skin, he added.

He discovered that skin inflammation in matt mutant mice is IL-17A dependent. This led to knockout strategies to target certain genes, and “we are interested in the origins of the gene, and that begins in utero, not in adulthood”, said Prof Fallon. He briefly described his laboratory work to show how it is possible to use antibiotics in certain contexts to alter the microbiome, change the colonisation of skin, and block or reverse skin inflammation.

Filaggrin-deficient mice have a defective skin barrier and spontaneously develop elevated IgE, said Prof Fallon, and in FLG-deficient mice, there was a low threshold for cutaneous allergen sensitisation, but no spontaneous dermatitis or atopy. He also briefly discussed ILC2s in skin blisters of atopic dermatitis patients with FLG mutations, and described how elevated IL-1β levels have been found in the skin of FLG mutant patients. Prof Fallon’s research has also shown that filaggrin-deficient mice have an altered, staphylococcus-enriched skin microbiome.

Synopsising his findings, Prof Fallon told the seminar: “In a wild-type mouse, you have functional homeostasis in the skin; the skin is relatively normal. You also have sentinel cells in the skin patrolling and microbiome diversity is maintained,” he said. Prof Fallon added that with a filaggrin mutation “you have an altered microbiome, there is reduced diversity, increased pathogenicity, and with a defective skin barrier, inflammation develops”.

“But when it comes down to it, it’s not just the presence or absence of filaggrin – the barrier defect does raise the microbiome and the IL-1β that are essential for developing pathogenesis. All other things are redundant, or contribute,” he said.

“So, even though you will find immune cells there that were involved in part of the disease process, they are probably not the critical cells.

“I have described the journey where we went from a human with AAD, to a mutant mouse, to mechanisms that are relevant for human disease, so we find a new mutation in the mouse and go to the patient to verify it by set mechanisms.”

During an interactive Q&A session and clinical discussion following Prof Fallon’s presentation, Prof Tobin commented that for those who don’t work with mice they may be surprised that, even in highly in-bred mouse strains, there can be a wide spread of data. “There are obviously multiple players in any orchestration of biological consequences, but are you surprised – even when you select your in-bred mouse of the strain that represents the particular mode of immunology that you are chasing – that there is still such a range of responses?”

Prof Fallon responded: “In conventional laboratory generated gene knockout mice, where the target protein is not expressed, you generally get similar immune responses between mice once within the same animal unit. With mice with natural mutations such as Flg, the gene is not necessarily deleted and there can be partial and varied protein expression between mice. Indeed when the Flg mutant mice are housed in one facility – with controlled temperature, humidity, diet, and hence common microbiomes, etc – mice develop skin inflammation that is variable in severity between mice. This heterogeneity in mouse mutants is due, in part, to the “multiple players in any orchestration of biological consequences” that Prof Tobin referred to. Indeed there are humans with loss-of-function mutations in FLG that may develop no overt phenotypes to marked skin disruption.