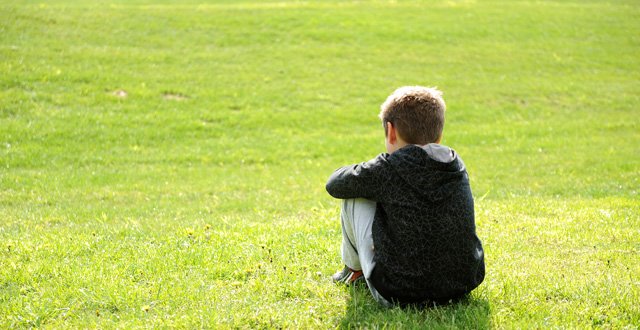 It is now recognised that ADHD is one of the most prevalent childhood psychiatric disorders of our time, and for many individuals, the disorder may persist into adulthood and be associated with a significant social and economic burden.

An American study of a very large group of the general population put the prevalence for ADHD at 4 per cent, while the American Psychiatric Association (APA) says that 5 per cent of American children have ADHD and the US Centres for Disease Control and Prevention (CDC) puts the number at more than double the APA’s figure, stating that 11 per cent of American children aged four-to-17 years have the attention disorder.

Child, adolescent and adult ADHD is characterised by a condition with an onset before the age of 12 years in two or more settings, with six of the following inattentive symptoms (five for age 17 years plus): Often fails to give close attention to detail; often has problems with concentration; often not listening; often not following through on instructions; often has difficulty organising tasks; often avoids repetitive tasks that require sustained mental effort; often loses things; often easily distracted; and often forgetful. This is focusing on the inattentive sub-type.

In relation to the hyperactive impulsive sub-type, the six items necessary include (five for those aged over 17 years): often fidgety; often leaves the seat in the classroom; often runs about; often noisy; often on the go; often restless; often talks excessively; often blurts out answers; often difficulty awaiting turn; and often interrupts. The word ‘often’ is very important here.

There has to be functional impairment and the condition has not to be part of an exclusive diagnosis of schizophrenia or some other mental disorder. After this, there is a specifier which includes: Inattentive type; combined type; or hyperactive-impulsive type. There is a three-point severity rating.

Adult ADHD is often missed and instead, the associated depression or anxiety are treated, with poor results. The ADHD has to be treated to obtain good results.

There is huge under-diagnosis of adult ADHD in psychiatric outpatients. Sadly, it is still seen as a ‘new-fangled’ American mythical category of psychiatric disorder. There is great prejudice against this diagnosis in adults. To dismiss the existence of ADHD, as is often done, is like dismissing the psychosis for bipolar or schizophrenia, for example. The genetic underpinning or loading of ADHD is fairly similar to the genetic loading of bipolar or schizophrenia and of course, neurodevelopmental disorders have some overlapping genetic findings between them. Neurodevelopmental disorders including ADHD and autism (especially more high-functioning) have to be central to the training of addiction psychiatry and forensic psychiatry.

Indeed, one of the first studies of ADHD in prisons in the world was conducted in Ireland and published in the American Journal of Psychiatry. It showed a very significant rate of ADHD in the prison population. Further studies need to be done on recidivism and these conditions. I would speculate that recidivism is greatly increased by the non-treatment of neurodevelopmental conditions in prisons, including ADHD. I would speculate that the same would be so for drug addiction relapses. I see it all the time — patients with non-diagnosed ADHD using street drugs, starting with cannabis. Then they move on to cocaine and very often end up in prison.

Many studies have shown that untreated ADHD is associated with a significant increased risk of bike accidents, car crashes and visits to the emergency department, as well as increased risk of substance abuse. There is also a major increase in school failure, expulsions, drop-out, very poor work records and family breakdown is very common. The financial cost to the taxpayer is considerable.

In 10 years from now, in adult psychiatric outpatients, I would expect that there would be a very significant reduction in the diagnosis of mild bipolar disorder. Currently, many of these patients are misdiagnosed and the current correct diagnosis would be adult ADHD, more of the inattentive type.

There will also be a significant reduction in the diagnosis of borderline personality disorder, which is a rather vague entity anyhow, in the future and some of these patients will be re-diagnosed as ADHD or Asperger’s Syndrome, now under Autism Spectrum Disorder (ASD).

The idea of a patient with a single psychiatric disorder will still occur, but the norm in 10 years’ time will be that patients will have multiple diagnoses, for example, depression, ADHD and other neurodevelopmental disorders.

Although lectures in psychiatry are given on individual psychiatric disorders, this is unhelpful because it gives the trainee the idea of the existence of these single psychiatric disorders of a categorical type, with specific boundaries and a precise diagnosis, which is not the case. The question, generally, a psychiatrist or GP has to ask when they make a single diagnosis is, ‘what else? Are there other conditions here as well that need to be identified and treated?’

In terms of the positive aspects of ADHD, as I pointed out in my book Attention Deficit Hyperactivity Disorder: Creativity, Novelty-Seeking and Risk (Nova Science, 2011), creativity is often associated with ADHD, including high energy, having artistic inclinations, including musical interests, being open-minded but moody, as well as being susceptible to boredom. These people are particularly attracted to occupations where novelty-seeking is required. They are often sensation-seeking.

Thomas Edison would be an example, a man who had many projects going on at the same time and moved from one project to another when he got bored.

The use of medication to treat ADHD is linked to significantly lower risk for substance abuse in adolescents and adults with ADHD, according to a new US study.

The risk of substance abuse during periods of medication use was 35 per cent lower in men and 31 per cent lower in women in the study. The results, based upon nearly three million people with ADHD in the US, was led by researchers at Indiana University and recently reported in the American Journal of Psychiatry.

“This study contributes to growing evidence that ADHD medication is linked to lower risk for many types of harmful behaviour, including substance abuse,” said Dr (PhD) Patrick D Quinn, a postdoctoral researcher who led the study. “The results also highlight the importance of careful diagnosis and compliance with treatment.”

As one of the largest analyses on the risks and benefits of ADHD medication, the study drew on anonymous healthcare data from 146 million people with employer-based health insurance in the US from 2005 to 2014.

“Many factors can influence who receives ADHD treatment, including socioeconomic factors, healthcare access, the strength of support networks and disorder severity,” Dr Quinn said. “Although no single study of real-world treatment practices can definitively show whether medication use lowers risk, studying the same people at different points in their medical history helps us control for these factors and isolate the role of medication in their behaviour.”

Of the nearly three million people with ADHD in the study’s database, about 57 per cent experienced periods in which they were and were not prescribed medication to treat the disorder. About 2 per cent experienced an emergency department visit due to substance abuse. The median age of the study’s participants was 21 years for men and 28 for women.

The majority of the ADHD medicines used in the study were stimulants (ie, amphetamine or methylphenidate). A significantly smaller number used non-stimulant ADHD medication, such as atomoxetine.

“While concerns about prescribing medications to treat ADHD that have the potential for abuse are understandable, this study provides further evidence that the use of these medications is not associated with increased risk of substance use problems in adolescence or adulthood,” Dr Quinn said. “Rather, this and other recent studies find that the risk of such problems is lower during and after periods of use of these medications.”

Dr Quinn is a member of the lab of Dr Brian M D’Onofrio, a professor in the Department of Psychological and Brain Sciences at Indiana University. Another study from this group recently reported in JAMA Psychiatry found that the use of ADHD medication was associated with lower risk of motor vehicle accidents in men and women.