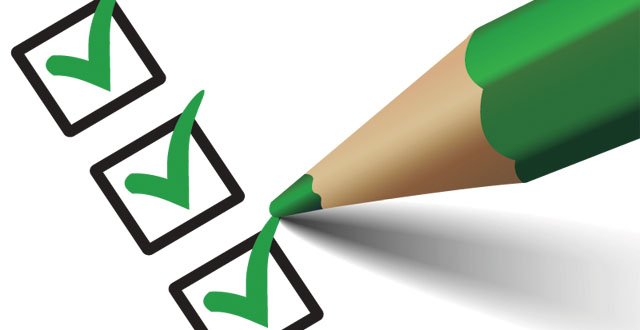 The underlying principle of most medicine until the 19th Century was Galen’s Theory of Humours. Many readers will be familiar with this theory, which stated that within every individual there were four humours, or principal fluids — black bile, yellow bile, phlegm, and blood, which were produced by the relevant organs in the body.

Any imbalance in these humours would result in ill health. For instance, too much phlegm in the body caused lung problems and the body tried to cough up the phlegm to restore a balance. The much sought-after balance of humours in humans could be achieved by diet, medicines and by bloodletting, using leeches.

The four humours were also associated with the four seasons: Black bile — autumn; yellow bile — summer; phlegm — winter; and blood — spring. This paradigm lent itself rather neatly to colour-coded papyrus flowcharts telling practitioners exactly what leeches or gruel would be necessary for the task and in what quantity.

Crucially, it also informed as to what destination the carrier pigeon could be sent to deliver the relevant 1,500m-long papyrus chart the doctor had painstakingly filled out for the perusal of the relevant clinical nurse specialist in bile imbalance for the yellow-bile/phlegm disequilibrium MDT.

The momentum behind protocol and checklist-driven medicine is unstoppable and to try to fight it is a fool’s errand. Many a decent doctor will crave a space where his or her autonomy, independence and creativity can thrive. And good for them, that’s why I write this column. But it won’t be in modern medicine, and we have to get used to that. What we are morally and ethically obliged to do though is challenge orthodoxy at every point.

Many a decent doctor will crave a space where his or her autonomy, independence and creativity can thrive

Our time as consultants is surprisingly expensive. Presumably, the reason her Majesty’s government is willing to pay so much for it here in the UK is because it places considerable value on the learning and experience we have gained in a number of institutions over a prolonged period to make difficult and sometimes dangerous decisions for vulnerable people. Quite why, then, it offers power of veto over our decisions to so many people to whom it pays a great degree less on the Sacred Altar of Guidelines is a mystery to me, albeit a happily lucrative one.

I have been part of the process for three sets of international consensus guidelines. They are by their very nature esoteric, bringing together colleagues from multiple countries, divided by language, culture and means of reimbursement of healthcare providers, that make them so discordant that the derivation of any consensus from them is either illusory or a minor miracle. What emerges is all too often either an exercise in stating the bleeding obvious, with statements so bland yet so vague as to be essentially useless, or something so nonsensically proscriptive of minutiae as to be utterly detached from the real-world practice of medicine in most jurisdictions. In these cases, the addition of more and more stipulations becomes an arms race of academic self-gratification, sort of like south Dublin parents of baby girls in the 1970s who wanted to call their daughter Orla, adding as many ‘f’’s, ‘d’s, ‘t’s and ‘h’s as could be fit on a birth cert. Yet they are the guidelines and the guidelines must be obeyed, even if a closer scrutiny of the basis of their recommendations reveals them to be GOBSAT (Good Ol’ Boys Sitting Around a Table) of the highest rank.

In few instances is this more pronounced than in the field of antimicrobial therapy. The need for hospitals to practise antimicrobial stewardship is acute and profound. Antibiotics have revolutionised modern medicine, and the dangers they face are well documented. However, the current fetishisation for exact durations of therapy, not a penny more not a penny less, is utterly at odds with the experiences of most ward-based clinicians in treating these patients. It is ineffably frustrating to arrive to find the familiar spectacle of a decompensated liver failure patient who has deteriorated having had their antibiotics stopped over the phone by a microbiology SpR four years out of university sitting at a computer on a swivel chair, having not seen this or any patient for two years, labouring under the misapprehension that cirrhosis is somehow an immunocompetent state.

Applying the dogmas of antimicrobial stewardship too rigidly in the sickest patients is kind of like having a water shortage over the summer and the council going to the fire brigade to tell them to use less water putting out fires while letting every Tom, Dick and Harry water his car and lawn to his heart’s content. Or maybe it’s just me, exporting the concept of the contrary Corkman (there’s one in every hospital in the State) worldwide.