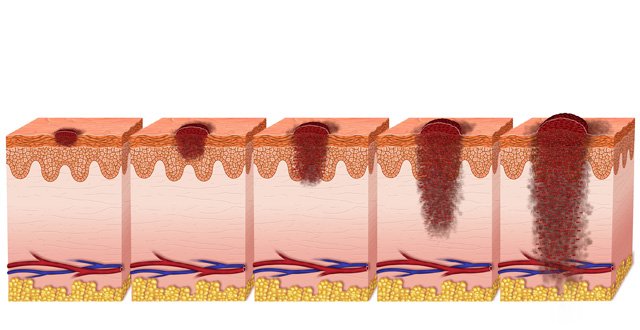 The latest figures from the National Cancer Registry Ireland (NCRI) show that over 1,000 cases of melanoma are now diagnosed in Ireland annually and comprise 9 per cent of all skin cancers and 3 per cent of all invasive cancers.

The incidence rate of melanoma has almost trebled in the last 20 years.  This rise has affected men more than women, with incidence rates in men rising 125 per cent in the past 20 years, compared to a 54 per cent increase in women over the same period.

Survival rates have also improved and approximately 89 per cent of patients survive for at least five years after their diagnosis. However, Ireland still has the highest mortality rate in Europe for melanoma, with 159 people dying from this disease on average annually.

In an effort to address this, the Irish Cancer Society’s annual SunSmart campaign collaborated with the Irish Farmers’ Association and the Construction Industry Federation last year to highlight the fact that almost 23 per cent of skin cancer deaths in Ireland are in the largely male-focused construction, outdoor and farming industries.

According to UK research, working in the sun could lead to one death and around five melanoma cases a week. The report in the British Journal of Cancer stated that construction workers diagnosed with melanoma skin cancer had the highest number of deaths (four-in-10), followed by agriculture workers (over two-in-10).

Dr Power is a Fellow of the Memorial Sloan Kettering Cancer Centre, New York. He returned to Cork to take up his consultant position in 2010 and was jointly appointed as an honorary Clinical Lecturer in University College Cork.

Dr Power spoke to the Medical Independent (MI) about the latest positive advances in melanoma treatments, noting that research into the disease has led the way in the development of successful immunotherapies.

“Melanoma cases are rising, but thanks to research advances, there are more ways to treat this form of cancer than ever.

“Before 2010, the treatment available for advanced melanoma was ineffective. Chemotherapy did not work and the older immunotherapy drugs such as interferon and interleukin were very toxic and overall results were poor in advanced disease.

“The last decade, however, has seen major improvements in the drug treatment of advanced and localised melanoma, to such an extent that this disease is now seen as the ‘poster-child’ for modern targeted therapy and immunotherapy. We now have many treatments in both tablet and injection forms that can prolong life and have tolerable side-effects.

“There are now several treatment options for melanoma patients, including [for] metastatic disease, which can very realistically offer long-term survival. Many of the new drugs are now showing activity in localised melanoma, which is at high risk of returning after surgery,” he noted.

“It is a very exciting time for a doctor like me, who sees many patients with melanoma. It is wonderful to see patients benefitting from modern therapies and living a good-quality life. It is a privilege to be involved in the treatment of melanoma and to have seen the progress that has been made over the last 15 years.”

However, Dr Power also stressed that the “best treatment” for melanoma is prevention. “There are about 1,200 cases of melanoma now a year and an awful lot of them could be prevented by taking proper advice from dermatologists regarding sun protection. Our Celtic skin burns more easily than Latin skin, for example… ”

There are about 100-to-150 cases of metastatic melanoma a year, estimated Dr Power.

“Up until seven years ago, this was largely incurable, with the median survival being 10-to-12 months, so now fast-forward seven years, with the advent of the immunotherapies like ipilimumab and nivolumab and pembrolizumab, the three licensed ones, and the BRAF and MEK targeted therapies, of which there are four licensed at the moment (dabrafenib, trametinib, vemurafenib, and cobimetinib).

“So with the advent of those four in addition to the immunotherapies, the median survival has now increased dramatically and would be closer to 18-to-24 months, and even together with the more modern immunotherapy drugs like ipilimumab and nivolumab combined, the three-year survival is around 60 per cent… with the targeted therapies, of which about 30-to-35 per cent are suitable with the BRAF and MEK tablets, in and around 40 per cent of people would be alive and doing well at three years with the combination of those targeted therapies. So it is great to have all these different treatment options open to us now and give these, relatively speaking, amazing figures. Not everybody can be expected to do equally well and therein lies the challenge; with the immunotherapies, you don’t know who is going to respond and who isn’t, as there is no validated biomarker.”

In addition, toxicity is a significant issue with the newer therapies, “especially with the combination immunotherapies. Ipilimumab and nivolumab together have toxicity three-fold higher, significant toxicity; I’m taking about grade three, four — that is a big challenge.

“Also, the sequencing of the drugs [is a challenge]. Around 30-to-35 per cent of patients will be technically suitable for all the drugs and of course, that leads to the question of which ones do you give first? Do you give the BRAF and MEK tablets together first, followed by the immunotherapies when disease ultimately progresses, or do you do it the other way round — do you give the immunotherapies first and the targeted therapies second? So this is the subject of at least two international clinical trials that are looking at this sequencing… there are even studies looking at combining those modalities altogether.”

Dr Power also acknowledged that such medical progress in melanoma treatment has come at a high economic cost.

“Immunotherapy drugs are very expensive. With around 120 cases of metastatic disease a year, you could say in and around 80 per cent of those cases would be suitable for combination immunotherapy and that is very expensive for the State, which has approved these drugs, but it really becomes expensive when we don’t know the exact duration that they should be given.

“Now people are saying that two years of treatment of immunotherapy is enough, but that is investigational. The bottom line is, the treatment is open-ended and it [metastatic melanoma] becomes almost like a chronic disease, so how much is enough? We don’t know that either, so that’s another problem with advanced disease, but obviously the huge progress outweighs the problems.

“There’s been massive progress, nothing short of a quantum leap compared to what it was 10 years ago and there is still the possibility — I’m always hesitant to say this, but it’s true and it is no consolation to those it doesn’t happen to — that advanced melanoma can be cured with immunotherapy drugs. That is a possibility for a distinct percentage of patients. We don’t have enough survival yet with nivolumab or pembrolizumab on their own or ipi and nivo in combination, any long-term survival, but we do have long-term survival with ipi on its own, and it is about 18 per cent of patients are alive at 10 years after receiving ipi.

“In randomised studies, nivolumab is at least twice as good as ipi, as is pembrolizumab, so it is very realistic to expect that 18 per cent figure to go up to 35 or 36 per cent and then with the immunotherapy combination, we have 60 per cent alive at three years, so it is distinctly possible that that could be 40-to-50 per cent at least at 10 years. We don’t have that long-term data yet as the drugs aren’t around that long, but that is quite amazing compared to 10 years ago.”

The other significant developments in melanoma have been in adjuvant stage 3 disease treatment, Dr Power noted. “The standard of care heretofore for stage 3 disease has been surgery and then observation; scans, and how frequent they should be, is very controversial, dermatology follow-up and so on… Since late last year, we have two separate new strategies for stage 3 disease after surgery [node-positive disease] approved in the US; nivolumab, which was licensed by the US FDA last December for one year of treatment, one injection every two weeks for a year, and it has been shown to have a huge survival advantage versus observation, which is the standard treatment. Ipi had been approved in the adjuvant setting as well but the toxicity was a problem… and the other big development was giving dabrafenib and trametinib, the BRAF and MEK inhibitor, for a year in stage 3 disease. That has been proven as well to have a survival advantage over observation, so that has been fast-tracked for approval by the FDA.”

While these treatments have not been approved yet in Europe, where observation remains the standard of treatment for stage 3 disease, Dr Power believes they will be approved within a year. “We will follow the Americans; we always do. There are huge international clinical trials that have been published in the New England Journal of Medicine on these [two new strategies in the] adjuvant setting for stage 3 disease.

“So that is a huge development in the adjuvant setting because melanoma has lagged very far behind other diseases like breast, bowel and ovarian cancer, where there are very standard adjuvant treatment options that have a survival benefit, while melanoma had nothing for years and years. It was really an awful disease… but this is a very significant development.”

The next step will be identifying biomarkers to predict treatment response in melanoma, as that is “a major problem with immunotherapy”, Dr Power acknowledged, explaining that PD1 expression and epigenetic signatures in tumours are being examined.

Concluding, he reiterated that melanoma treatment has seen a seismic leap forward in the last decade, with great treatment options now available for even advanced disease and further hope for long-term survival and cure.

“Melanoma has really led the way in the immunotherapies and the targeted therapies. It is amazing, as when I first qualified as a consultant about eight years ago, we were still giving chemotherapy and interferon, whereas now it is quite amazing — in less than a decade, the differences are phenomenal.”