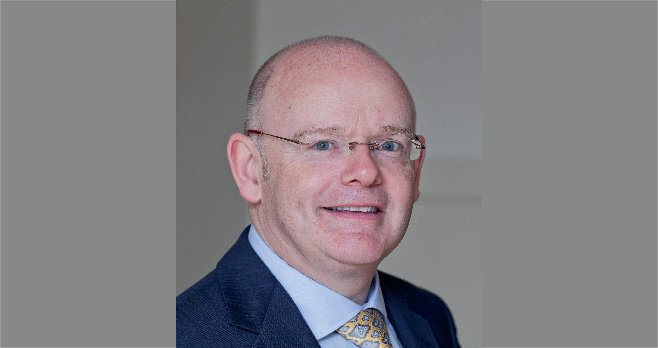 Just over a year has passed since the unedifying spectacle of the HSE threatening HIQA with legal action to prevent publication of its highly critical report on Midlands Regional Hospital, Portlaoise, which the HSE had claimed lacked balance and context.

It was one of the most controversial events in HIQA’s relatively short history, clearly placing its position and power in healthcare regulation and investigation under some challenge.

Reflecting on the episode, HIQA CEO Mr Phelim Quinn informs the Medical Independent (MI) it is “normal” for “tension” between the regulator and regulated.

“What I would say is that the relationship we have with the HSE is very, very constructive… I think all relationships like that get tested from time to time,” he tells MI during an interview at HIQA’s Dublin office.

Moreover, Mr Quinn is of the view that there is accountability at the highest echelons of the HSE.

“Certainly, we have seen evidence where the senior team at the top of the HSE are attending to some of the concerns — as an example — that we have raised previously.”

He concedes there are aspects of “repetition” in HIQA’s letters to HSE senior managers. Mr Quinn says HIQA has a duty to “continuously highlight” issues that relate to patient safety and quality of services.

“Because sometimes it is the only mechanism that we have, is to raise it in that way, because we can’t be everywhere at all times and no regulator should be. It is about trying to make sure we are highlighting and placing responsibility and accountability where it should be, which is in the entity that actually provides services or funds the services.”

These are strange days for HIQA. Its remit in health and social care is expansive. The work of its regulation directorate may be best known, but it also conducts health technology assessments and develops standards on a range of areas, such as the introduction of health identifiers (which it will monitor against), and plenty more besides.

But HIQA’s footprint on Irish healthcare will become giant-sized if the long-mooted licensing of public and private healthcare facilities is introduced. While current political uncertainty has obscured the shape of things to come, it is likely that any new government will strongly consider the benefits of licensing. The prospect dates to a recommendation in the 2008 Report of the Commission on Patient Safety and Quality Assurance published by the Department of Health.

HIQA’s workforce stands at just over 200, with around 185 permanent staff and “a small” number of agency staff, according Mr Quinn. Currently, there are 34 posts awaiting sanction.

Mr Quinn says it is difficult to quantify the expansion that will be required vis-à-vis licensing, as very little information on the proposed model has become available.

“Licensing goes as far back as the Madden report in 2008,” says Mr Quinn. “And really, we haven’t yet seen from the Department what the licensing model will look like. It is very, very hard to predict what a workforce would look like without having a clear fix on what the actual model is.”

For example, it could entail “small teams of inspectors going into discreet parts of a service”, or large teams conducting one single assessment of a healthcare facility.

‘Consultants are like any other employee as far as I am concerned. We all have a responsibility to promote better prevention and control of healthcare-associated infection… ’

As part of its preparatory work, HIQA has been gathering information on the profile of private healthcare provision in Ireland, as existing licensing plans would extend its regulatory function into this area. In the shorter term, legislation is being drafted to extend monitoring and investigative functions into private healthcare.

Mr Quinn’s predecessor as CEO, Dr Tracey Cooper, said in 2011 that if hospitals were inspected the following day, under a licensing regime, some would be severely challenged in making the grade. Does Mr Quinn concur?

“You would have to say to yourself that the introduction of any regulation regime would create challenges, I think for any provider, whether they be public or private,” he responds.

“The recent example is our introduction of regulation into the disability sector. I think it clearly demonstrates that no matter how much preparation you do, the fact is that established practices persist until such time as you then start to apply the regulation regime, and then you start to see, I suppose, a greater understanding of the standards and regulation framework as a governance framework for those services…

“We probably would go into services in the first instance with a view to utilising licensing for the purposes of improvement, so [we are] recognising that we probably will find challenges within the system, however trying to work either using the sanctions or the measures we can apply to effect change. Because at the end of the day, to go in and to be heavy-hitting in the first instance really would create chaos within the system… ”

He adds that safety of patients, residents and service users is paramount as a first principle.

Increasingly, licensing has been a talking-point among GPs, which Mr Quinn says he has noticed. However, HIQA has no specific plans to venture into this area. The Authority “wouldn’t be resourced” to begin monitoring in this realm, while assessment approaches, particular to general practice, would need to be developed.

A number of HIQA investigations have expressed serious concerns about governance and accountability in acute hospitals. Mr Quinn believes the Hospital Groups structure goes “some way in trying to describe a system whereby proper accountability and governance systems can be placed at a more local level.

The state of flux, whereby there is a HSE national acute division and emerging regional acute structures, paints a “confused picture”, he says.

“Now, I am not saying that governance and accountability hasn’t improved nationally; but what I am saying is that, at the minute, if Hospital Groups are seen as the solution moving forward, they need to be enabled to work as a governance entity, as a single entity.”

HIQA’s own processes came under the spotlight following the Áras Attracta scandal. As previously reported in MI, the Authority commissioned an external evaluation of its engagement with the Co Mayo residential centre for people with disabilities.

One of the findings was that the Authority needed to develop a “better understanding” of safeguarding principles among its staff.

Mr Quinn is critical of the lack of safeguarding legislation for vulnerable adults. Over the years, at policy level too, he says this has been a neglected area.

The finding from the external review was about the need for an enhanced awareness of safeguarding, he outlines.

It is about “making sure the person at the centre of the abuse allegation is safe and protected”, looking to see “whether or not all the other people within that service are equally protected” and ensuring a “very clear focus” on the rights of individuals who are vulnerable.

“I think what we had to do after Áras Attracta was evaluate how well up-to-speed are all of our staff on all of those issues. And so we have worked extremely hard to make sure that is there.”

Meanwhile, Mr Quinn says the Authority has not identified any touchstone issue pertaining to doctors, in the context of safety and quality of health services.

“Nothing specific, definitely not. I think doctors, like nurses, like any other healthcare professional, continue to be challenged sometimes about the circumstances within which they work. In the main, I think that medical practice within that challenging circumstance continues to be good in Ireland.”

Mr Quinn’s speech at the IHCA 2015 annual conference did hint at a view that senior doctors could have a stronger role in speaking up on infection prevention and control.

Have consultants, as a body in general, come out with statements that reduce the importance of infection prevention and control?

“I am not sure I could blankedly say they do, but I have seen some examples of statements that, I suppose, may give less prominence or importance to… the sorts of basic practices that are required in this area. However, again, I just think as leaders in healthcare they have got an important role to play in promoting good practice.”

As to the challenges ahead for HIQA, these are varied.

“It means that we have to start thinking about regulation in a very different way, as you are not regulating within four walls, you are regulating at an agency level. So the providers of a service will experience it differently and we as a regulator will have to apply a different model to get assurance about the quality and safety of those services.”

He continues: “It has been indicated to us that, from a children’s services perspective, they also want to increase and change the regulatory regime within children’s residential services, so that we will move to a more formal regulation regime in public, private and voluntary services. Currently, the private and voluntary sector within children’s residential services are regulated by TUSLA …That again would significantly increase the workload of HIQA.”