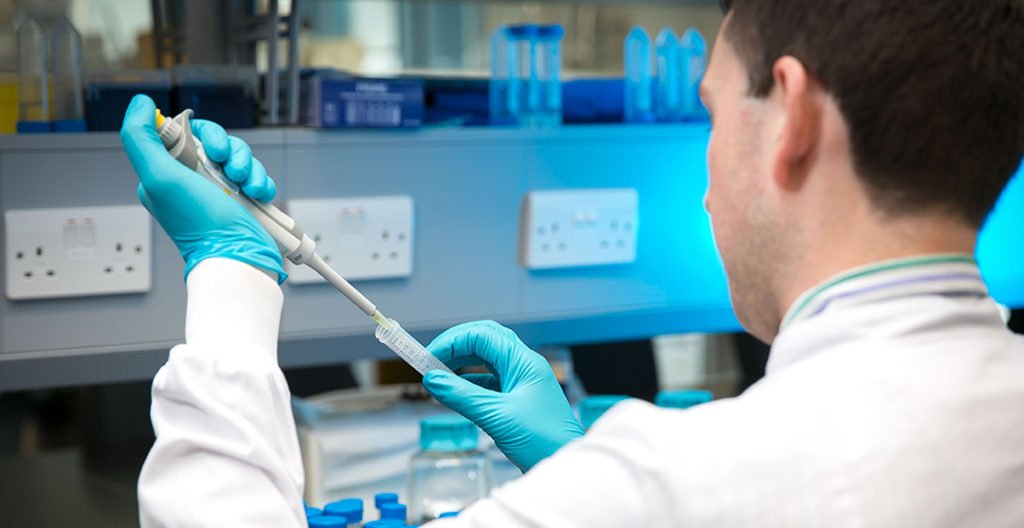 There are many charities in Ireland with a focus on healthcare. A significant number of them invest funding and time into health research, recognising that research is almost always a key driver in improving healthcare. Health Research Charities Ireland (HRCI), previously known as the Medical Research Charities Group (MRCG), is the national umbrella organisation of charities active in medical and health research, together representing over one million Irish patients. We support and represent the joint interests of our 37 members, together working to improve health and to prevent illness through research. We bring together our members in a collaborative and supportive network and our particular focuses include:

HRCI operates a ‘joint funding scheme’ in partnership with the Health Research Board (HRB) which, unlike any other schemes in Ireland, is open to all types of health research, for all conditions, including rare and neglected diseases. Some €900,000 in funding is allocated annually by the Department of Health to the HRB for the scheme, which is matched by the HRCI member charities. A total of 124 research projects have been funded since 2006.

We and our members sit at the interface of the health research community and the general public. We therefore play a very important role in highlighting patient perspectives on research and in ensuring that the patient voice is central to research decision-making. This increases the relevance of health research and helps to ensure impact for patients. HRCI supports its members in their patient and public involvement (PPI) activities in many ways, including through a ‘shared learning group’. This group facilitates the sharing of information and resources between members and has led to multiple PPI initiatives across our member organisations.

HRCI runs the Irish Health Research Forum (IHRF), a high-level partnership of organisations and stakeholders working together to influence health research in Ireland and the only such initiative in the country. Through our events and reports, we are ensuring that our members are at the core of national health research discussions and decision-making and we are actively shaping health research practice and policy.

Making recommendations for the future of health research in Ireland

As we work in each of the above areas, we strive to represent our members at a national level and to act as their collective voice on key topics. To this end, we recently hosted a conference celebrating our 21st birthday and taking the opportunity to rebrand and rename the organisation (from the Medical Research Charities Group), to be more reflective of our focus on health research beyond only medical science. At the event, we launched a position paper entitled ‘Research Towards a Healthier Ireland’, which made five recommendations to improve health research in Ireland. Four political health spokespeople joined us in a panel discussion on these recommendations. While they broadly recognised the importance of basing our health service on evidence, it was clear that there remains much to be done to persuade our political leaders that investment and focus will be required, if we are serious about generating and using the required evidence. The position paper can be found at www.hrci.ie but the recommendations in brief are as follows.

Despite it being well known that the integration of research into health services improves patient care, research is still viewed as ‘nice to have’ rather than an essential. A recent review by the HRB shows that there is significantly less clinical trial activity in Ireland compared to European countries such as Denmark, Norway, and Finland. We therefore made the recommendation to increase investment in clinical research in Ireland, in line with the recommendations of the Clinical Research Development Ireland (CRDI) 2019 Future Investment in Clinical Research report.

Awareness levels of the value of health research and what it means to participate in clinical research are low among the Irish population. In parallel, new regulations necessitate a more in-depth patient consent process for research than was previously the case, at a time when the public is increasingly concerned about the misuse of their personal data. This has the potential to reduce the number of patients participating in research studies. A national information campaign to inform the public about clinical research, encouraging them to ask their doctors about research and to explain the consent process and other research safeguards, should be undertaken.

The capturing and use of important health data through patient registries is broadly recognised as a critical underpinning for improving healthcare. For many of HRCI’s members, patient registries are a priority, in order to better understand the demographics of patient populations and to facilitate patient access to clinical trials. However, health data in Ireland is extremely siloed and registries are largely unsupported. An increase in the collaboration and the sharing of resources between registries would be hugely beneficial and could be achieved by investment in an independent national federation of registries.

Genomic research on all forms of human genetic disease is pointing the way to a more personal and cost-effective approach to medicine. In 2018, an Academy of the UK’s leading medical scientists predicted that genomics was one of the key areas with the most potential to transform society by 2048. However, with the exception of some pockets of excellence, the Irish health service has been very slow to use the power of genomic data to inform its clinical decision-making. A national genomics strategy is required as a matter of urgency. Central to this should be investment in a public genome project, which makes Irish genomic data available for research and to guide healthcare.

For too long health research was undertaken without the simple act of asking patients and the public what they wanted from it. While patient and public involvement (PPI) is fast becoming the norm in health research, there is still too little focus and investment in PPI at a national level. While ‘Innovation 2020’ tentatively endorsed the involvement of civil society in research, the next Irish strategy for research and development, should place PPI at the heart of its plans and a multi-stakeholder, National PPI Hub should be supported.

In order to maximise the value from the large and diverse audience on the day of the conference, we also invited our member organisations to submit posters, highlighting their achievements in research and the ways in which they would like to collaborate with researchers and other charities. From among these posters were the following excellent examples of the impact that health research charities can have:

Epilepsy Ireland assessed the impact of epilepsy specialist nurses in Ireland through the SENsE study, which concluded that access to a specialist nurse results in a range of positive yet cost-neutral outcomes for patients and made evidence-based recommendations for future services.

Breakthrough Cancer Research has developed and distributed 54,000 evidence-based cookbooks to support the nutritional needs of cancer patients and survivors.

Fighting Blindness has facilitated close to 1,600 people undergoing testing to identify the genetic cause of their retinal degeneration, through their ‘Target 5000’ initiative, facilitating access to clinical trials.

The National Children’s Research Centre has supported the long-term and multi-centre SHIELD CF study since 2010, which is helping to increase the understanding of infection and inflammation in the airways of children with cystic fibrosis.