A life after cancer is still a gift, even though things will never be the same, according to Dr Sarah Fitzgibbon I have a fairly robust catalogue of defence mechanisms to help to keep me vaguely sane, the chief of which is to fill my brain with ‘other stuff’ and ignore the ‘fear and dread… 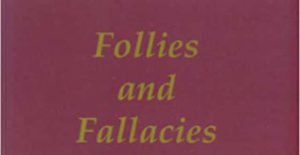 The health requirements of people in deprived communities need to be addressed as a matter of urgency, writes Dr Sarah Fitzgibbon

In an exclusive article for the Medical Independent, Minister for Health Simon Harris discusses his vision for achieving a world-class health service, while continuing to deliver improvements for patients along the way

Legislation that attempts to govern absolutely that which is not absolute creates dilemmas for doctors and their patients, writes Dr Amy Morgan 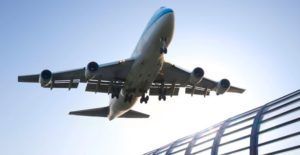 While there are lessons that medicine can learn from aviation, there are also significant differences between the disciplines, writes Dr Muiris Houston

reland’s health system contains a complex mixture of public and private funding and provision of services and the overlaps between these have sometimes led to criticism of the system as being inequitable. However, similar overlaps are evident in other systems, albeit not to the same extent in many cases and similar concerns have been expressed in other countries about the interactions between the public and private elements of the system.

Comparing health systems internationally is fraught with difficulty, as systems have developed over long periods of time with distinct features becoming embedded. However, the UK and Australia have systems with broadly similar funding mechanisms to Ireland, in that they are all primarily tax funded, with contributions from private health insurance and out-of-pocket payments. (In each case, contributions from charitable donations provide a relatively small proportion of funding.)

By contrast, the German and Belgian health systems are predominantly funded through social health insurance, whereby employers and employees contribute a proportion of the employee’s earnings into sickness funds, with the State subsidising contributions in some cases. Again, private health insurance and out-of-pocket payments also form part of the health funding landscape.

Entitlements to health services are more clearly defined in these other four countries (albeit with varying degrees of cost-sharing) than they are in Ireland, with possession of a medical card here determining the degree of entitlements and/or charges to a large extent. In particular, Ireland is unusual in having a large proportion of the population subject to significant out-of-pocket payments for GP services, albeit this proportion has been reduced in recent years with the expansion of eligibility for GP visit cards.

In terms of health spending per capita, Ireland currently spends a similar amount to Germany and more than the other three countries.  However, Ireland only caught up with Australia, Belgium and Germany in the mid-2000s, having consistently under-spent relative to those countries in the 1970s, 1980s and 1990s. Compared with the UK, we spent broadly similar amounts until the mid-1990s; since then we have consistently spent more.

One issue that should be taken into account in this regard is that Ireland has a relatively younger population compared with the other four countries. In 2016, 13.2 per cent of Ireland’s population was aged over-65, compared with 14.3 per cent in Australia, 17.9 per cent in the UK, 18.2 per cent in Belgium and 21.1 per cent in Germany. Research has shown that average medical expenses rise with age, so we have an advantage in this regard, although demographic projections suggest that this will be eroded in the coming years.

In Ireland and Australia, private patients may be treated in private or public hospitals and many public hospital consultants have private practice rights (although, interestingly, many of these do not avail of those rights in Australia).

In the UK, there is less treatment of private patients in public hospitals, although recent legislative developments have encouraged this to a greater extent (the opposite of the proposed removal of private practice from public hospitals in Ireland envisaged under the Sláintecare proposals).

In Belgium and Germany, there is more of a contractual relationship, whereby public and private purchasers contract with the same providers.

Despite a perception that Ireland’s health system is something of a basket case, it appears that our system shares a number of characteristics with other health systems, although it does also have some unusual features. However, it is somewhat consoling that other countries are also grappling with some similar issues.  Perhaps we could learn from their experiences and vice versa.

This article is based on a report, entitled The Irish Healthcare System: An Historic and Comparative Review, published by The Health Insurance Authority, to which the author contributed the comparative review.