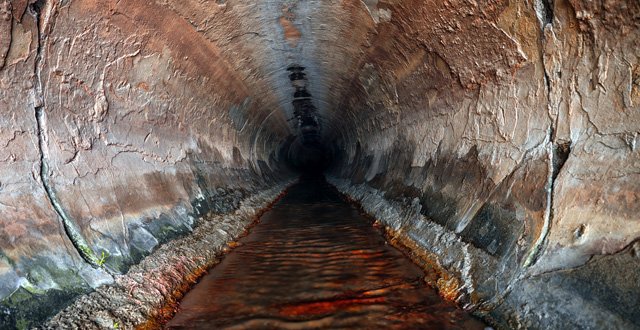 The 62-year-old is the richest doctor in the history of the world, with an estimated fortune of more than $12 billion (a mere €11.7 billion) and just to confirm that he’s not shy about confronting the toughest of opponents, he is now taking on ‘the big C’.

Dr Soon-Shiong let Forbes into his sprawling, futuristic LA headquarters at the end of last year. From there he controls 800 employees and it has mock-ups of futuristic hospital rooms and a control centre that allows a small group of doctors to monitor hundreds of patients — even when they are at home.

He’s all about getting more information faster and making it more accessible. His innovations include a patch that measures the patient’s heart rate, blood pressure and temperature, feeding the information to a device called a HBox, which connects all of his devices to a computer network.

The plan is for the cancer patient to arrive at hospital and every aspect of their physiology, including proteins and DNA, would be analysed via a high-speed network and all data collated in real time.

Minutes later, the computer recommends the appropriate drug but this technology also follows the patient home — doctors can monitor the patient remotely. Hospital administrators can compare costs and efficacy of treatments across the entire country via a single network.

There’s also a programme that allows MRIs and CAT scans to be viewed on mobile devices and an $80 pill bottle called the GlowCap that lights up when the patients need to take their medication — and even tells doctors when they are opening the cap.

Dr Soon-Shiong said his “amalgamated supercomputer” system can perform a complete genomics analysis in 47 seconds, in which time it can also identify individual proteins that indicate the right drug treatment. He also said his system can analyse 500 genomes a day and by the end of this year, this will rise to 4,000 a day, with all this data transferred to hospitals instantaneously.

He plans to sequence the whole genome of the cancer patient, the entire genome of the cancer itself and the RNA within three days. But he has his detractors. “Unfortunately, when you go outside the accepted conventional bounds, some people feel threatened and strike out,” he said. “Fortunately, the strong persevere — and not just me — and we have a better world for it. If they didn’t, a lot of the advances in healthcare, science and technology would never be achieved.”

And he’s tough enough to take the criticism. When he graduated from medical school, aged just 22, he worked in apartheid-era South Africa and his first patient was an Afrikaner who refused to let Dr Soon-Shiong even touch him.

He persisted and after Dr Soon-Shiong had drained the patient’s infected sinus, the Afrikaner announced loudly to other patients: “That Chinaman — make sure you get him to examine you.”

Perhaps the days of the Kardex are finally numbered.

Some hardy researchers in the US have looked at the sewage systems in various cities and found that their contents may hold clues about the link between certain gut bacteria and obesity.

Dr Sandra McLellan of the University of Wisconsin-Milwaulkee and colleagues collected samples from sewage treatment plants in 71 different US cities and found that bacteria such as bacteroidaceae were more present in locations known to have higher obesity rates.

The areas they studied varied greatly in terms of obesity rates — for example St Joseph, Missouri, has an obesity rate of 37.4 per cent, while in Steamboat Springs, Colorado, the rate is 13.5 per cent.

Their analysis allowed them to predict whether a city had an obesity problem with 80-to-90 per cent accuracy.

“Dr McLellan told Inside Science: “With a random sampling of a million people, we can start to look for trends in how human populations might be different in their microbiomes, according to their demographics.

Those of you who have worked with RTA patients or insurance companies may empathise with a colleague who sent me some direct quotes from motor insurance claims.