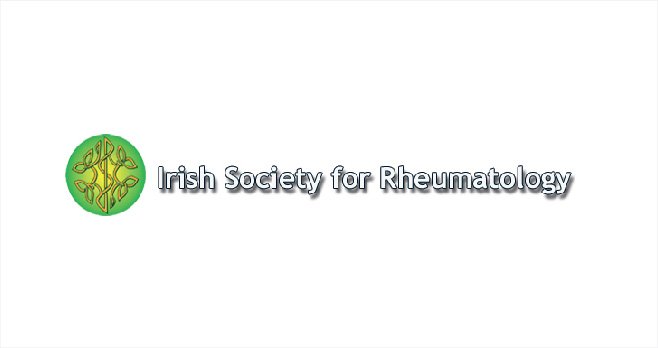 The Irish Society for Rheumatology (ISR) Spring Meeting will take place in Cork on 14 and 15 April, and will see more than 120 delegates attend a series of insightful talks highlighting the latest updates in rheumatology.

The ISR has a membership of 175 consultants, trainees, scientists and researchers from the Republic and Northern Ireland.

It will be the first ISR educational meeting for Dr Alexander Fraser, Consultant Rheumatologist at University Hospital Limerick, in his new role as President of the Society, which he took up in January.

During the course of his two-year term, Dr Fraser hopes to address the many challenges facing the profession.

“There are many challenges facing the ISR and I want to use this meeting to talk to delegates to see if I can get ideas from them about what’s important to them and how they see the ISR going forward,” Dr Fraser told the Medical Independent (MI).

“As a new President, I’m keen to get ideas from people about what they expect of me and how they want things to go forward.

“I am very keen to advance the image of rheumatology among patients and the general population, as a lot of people don’t know what a rheumatologist is or what we do.”

Dr Fraser paid homage to his ISR President predecessor, Prof David Kane, Consultant Rheumatologist at Tallaght Hospital, Dublin, saying filling his shoes would be hard to do. He also congratulated Prof Kane on his appointment as HSE Clinical Lead for Rheumatology.

The 2016 ISR Spring Meeting features a carefully selected programme of leading national and international speakers in the field of rheumatology. It begins on Thursday, 14 April, with a training day for specialist registrar trainees, with the main meeting commencing on Friday, April 15.

Clinical talks on vasculitis, lupus and connective tissue disease (CTD) are among the key highlights.

Dr Jones will present her own research, while also highlighting research from other experts. Cambridge is one of the world’s leading institutions on vasculitis.

Prof David Isenberg, University College London, UK, will address delegates on the subject of systemic lupus erythematosus (lupus) and provide new perspectives on the disease. Prof Isenberg is one of the world’s leading experts in lupus and has spent 30 years working in the area. He will look at updates on new data using his wealth of experience and knowledge, and will also highlight clinical cases for discussion.

Prof Isenberg is a great friend of the ISR and has spoken at previous conferences with great feedback from delegates, Dr Fraser remarked.

One of Ireland’s leading maternal research experts, Prof Louise Kenny, Professor Of Obstetrics at University College Cork (UCC), will deliver a talk on pregnancy and CTD at the meeting.

She will present her own research along with available data.

“It’s an area we know less about than we should,” Dr Fraser noted.

“For instance, all of us would have patients with connective tissue disease, which more commonly affects young women than men, and these are often young women of child-bearing age so it’s very common that patients have connective tissue disease and are trying to conceive at the same time and may or may not be on medication that’s required to keep them well… medications may not be safe in pregnancy, so it’s a very complicated area,” he said.

The final presentation of the day will focus on medical protection insurance, with a workshop by Dr Rob Hendry, Medical Protection Medical Director, Edinburgh, UK.

He will discuss the changing claims environment in rheumatology in Ireland and the UK and explain why medical insurance fees for doctors have increased dramatically in recent years.

“It’s a major issue. There has recently been quite a massive increase in medical protection fees for doctors practicing in the private sector,” Dr Fraser noted.

“There’s confusion as to why that’s happening as we don’t think there are any increased risks. Rheumatology would be considered a low-risk specialty, unlike other areas.”

Traditionally, the fees for private practice were low, as the risk of litigation in rheumatology was low, but Medical Protection (formerly the MPS) and other companies have increased fees by as much as 200 or 300 per cent in some cases.

In one case, a doctor saw their fees rise from €5,000 per year to €30,000 per year, raising questions around the cost-effectiveness of practice, Dr Fraser revealed.

Dr Hendry will try to explain the reasons behind the increases. The risk of litigation is rising in most specialties, but not in rheumatology, and insurance companies are struggling to balance the books, Dr Fraser advised.

Historically, rheumatology was a small specialty and up until 20 years ago was closely associated with rehabilitation. Treatments were limited, with few interventions.

But this changed dramatically, Dr Fraser explained, when methotrexate and biological therapies were introduced.

“We went from having limited treatments, which were quite toxic in some cases, to having extremely effective treatments for arthritis and a lot of connective tissue or auto-immune diseases,” he stated.

The specialty expanded, with greater success in treating patients, and individuals typically seen with severe damage and joint surgery decreased.

“The challenges are that the development of technologies is so rapid now… with new drugs coming out and treatments pushing things forward,” Dr Fraser outlined.

“With the advent of biosimilars… the TNF [tumour necrosis factor] drugs that have been so successful are coming off patent and biosimilar drugs are coming in, which will bring down prices, which is great for patients. But there is a lot of discussion, as they’re not generics.

“There are a lot of changes coming and I think as rheumatologists, we need to be aware of them and face up to them because a lot of younger rheumatologists…don’t remember what it was like before and they’ve only ever known a specialty with highly effective treatments… The problem is the market is going to change and choices will change, so we have to be flexible to move with that.”

Interest in biosimilars has increased in recent years, as many innovator biological products have come off or are due to come off patent in the near future.

Biologics have played a crucial role in helping to treat diseases like rheumatoid arthritis, cancer, diabetes and multiple sclerosis.

Another challenge for rheumatology, Dr Fraser said, is that it is not organ-specific, so a lot of people do not know what a rheumatologist is or does.

“We’ve suffered a little bit from not being specific in terms of an organ as to what we deal with and coming from quite a small specialty in a short space of time, to growing quite largely. The general population still has a quite limited idea of what we do and what we can offer and I think we need to improve that.”

The shortage of rheumatologists in Ireland also presents a challenge and has led to long waiting lists for patients, particularly children.

There should be three or four times the amount of paediatric rheumatologists Ireland has currently, Dr Fraser argued. There is also a shortage of adult rheumatologists.

“The shortage of paediatric rheumatologists is a real crisis that needs to be addressed as a priority,” he remarked, adding that there are huge waiting lists for appointments, with many patients waiting for several years.

“There is a significant shortage of rheumatologists in Ireland. One area that is worse than anywhere is paediatric rheumatology. A lot of people don’t know that children get arthritis and autoimmune diseases. They think it’s a disease of older people, which it isn’t,” he highlighted.

“When children have arthritis, it’s very distressing and painful and can be very damaging. It’s imperative they get to see a specialist with specialist skills in paediatrics as soon as possible.

“Unfortunately we have extremely limited access to paediatric rheumatology in Ireland.”

There will be full, exclusive coverage of the ISR Spring Meeting in the 28 April issue of MI.