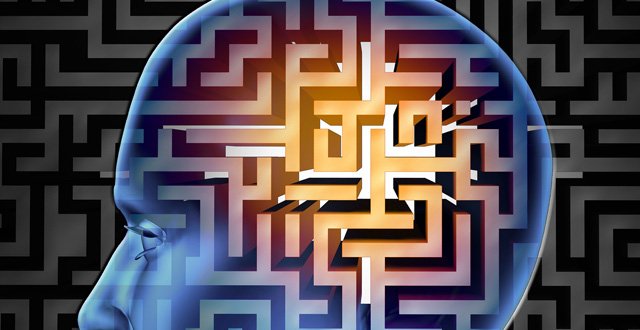 An engaging satellite symposium on the theme of long-acting injectable (LAI) antipsychotics and moving beyond relapse prevention in schizophrenia was held at the 2015 EPA European Congress of Psychiatry in Vienna, Austria from 28-31 March.

Organised by Otsuka and Lundbeck, the well-attended symposium was chaired by Prof Dieter Naber of the Department of Psychiatry and Psychotherapy, University Medical Centre, Hamburg-Eppendorf, Germany.

Prof Naber introduced three presentations on clinically-relevant issues for psychiatrists in the treatment of schizophrenia.

In his opening remarks, Prof Naber noted that treatment of schizophrenia should aim to improve not only symptoms but function and quality of life, the latter he acknowledged as “the most ambitious” treatment goal.

The first presentation of the afternoon was by Prof Philip Gorwood, Professor of Psychiatry at Sainte-Anne Hospital, Paris, France, who outlined the relevance of functional impairment in schizophrenia.

Prof Gorwood began with a statement to keep in mind: that schizophrenia is a chronic and disabling illness, with a significant and detrimental impact on patient functioning.

This statement required examination, he said, as “we have a course of the disorder which is not the same throughout the process in schizophrenia”.

However, the subsequent outcome was generally poor and the long-term course of illness was typically characterised by multiple relapses, persistence of symptoms and enduring cognitive and functional deficits (Emsley et al, ibid; Andreasen et al, Am J Psychiatry 2005;162(3):441–449).

As he noted, decline in functioning was recognised as a diagnostic criterion of schizophrenia in the Diagnostic and Statistical Manual of Mental Disorders, Fifth Edition (DSM-5).

Schizophrenia affected several domains of functioning, while there were myriad psychosocial implications of relapse, including distress to patients and families, disruption to education or employment and stigma.

“Now we have some evidence that [relapse] translates into much more biological aspects,” continued Prof Gorwood.

Relapse duration correlated with total cerebral tissue loss (-1.55 cm3/year), with particular loss of white matter in frontal regions (-0.99 cm3/year) according to Andreasen et al in the American Journal of Psychiatry in 2013.

Improvement in functioning was recognised as a goal in best practice treatment guidelines, while a range of evidence indicated that social functioning could predict long-term outcomes in patients with schizophrenia.

Prof Gorwood charted the goals of treatment, since the advent of antipsychotics from the 1950s, with the concept of Quality of Life introduced from the 1990s and the arrival of second generation antipsychotics.

The impact of untreated disease over time was obvious, but was not detected quickly, said Prof Gorwood.

Some of these predictors could be controlled, while others could not. Hypothetically, one could make the duration of untreated psychosis shorter, for example, “and that can improve long-term outcome”.

The famous Lieberman illustration charted clinical progression and deterioration during the early years of illness and an inevitable downhill trajectory (Lewis & Lieberman, Neuron 2000;28(2):325–334) and Dr Agid said the question was whether clinicians could do something about it.

He described as a “paradox” the overall downward trajectory for patients and the fact that most achieved full remission after a first episode.

On evidence supporting the “myth” of schizophrenia as a progressive brain disease (Zipursky et al, Schizophr Bull 2013;39(6):1363–1372) it was noted that few longitudinal studies showed the incremental loss of function that is characteristic of neurodegenerative disorders; cognitive functioning did not appear to deteriorate over time; decreases in brain tissue volumes could be explained by the effects of antipsychotic medication, substance abuse, effects of lifestyle, or elevated glucocorticoid levels associated with chronic stress; and clinical deterioration in some patients could reflect poor access or adherence to treatment, the effects of concomitant conditions, and social and financial impoverishment. Dr Agid said schizophrenia was probably not a neuro progressive illness.

“By far, the number one reason for relapse is non-adherence to medication,” he noted.

Dr Agid said it often appeared surprising when patients who had been doing very well for years would relapse and be “very psychotic” and “difficult to recognise”. The cause of their relapse would be discontinuation of their medication.

As he outlined, studies of relapse in schizophrenia had found that a longer treatment period prior to discontinuation did not markedly reduce the risk of relapse and many patients relapsed very soon after treatment discontinuation. Moreover, the transition from remission to relapse could be abrupt, with few early warning signs.

Relapse was “costly”, said Dr Agid, who said he was not only referring to the obvious personal, family and health service implications but costly for the brain itself.

Recurrence rates at one year in patients with schizophrenia achieving symptomatic remission from a first episode of non-affective psychosis were 3 per cent in patients who continued antipsychotic treatment and 77 per cent who discontinued such treatment (Zipursky et al, Schizophr Res 2014;152:408–414).

Progression of an active disease process would provide a compelling explanation for the poor outcomes so commonly observed in schizophrenia. However, this was not consistent with what had been learned from modern studies of the longitudinal course of structural brain abnormalities, cognitive deficits and clinical outcomes associated with schizophrenia. Rather, schizophrenia appeared to be associated with stability of these measures over the longer term.

Dr Agid posited that it was time to consider the possibility that clinical stability and recovery, rather than progressive deterioration, should be the expected outcomes from schizophrenia.

The final presentation was delivered by symposium chair, Prof Naber, who spoke on the impact of LAI antipsychotics on patient functioning and quality of life.

Prof Naber noted that interest in quality of life in schizophrenia had increased markedly over the years, with 14 publications in 1988 and 461 in 2014.

For many years, he said, clinicians erroneously believed patients were not capable of rating their quality of life “in a meaningful way”.

As he emphasised, non-adherence with antipsychotic treatment was very common in schizophrenia and accounted for most psychotic relapses (Novick et al, Psychiatry Res 2010;176(2–3):109–113).

LAI formulations of antipsychotics had benefits in respect of immediate transparency of non-adherence and the chance of interventions (from calling the patient or his/her caregivers to home treatment), as well as improvement of the therapeutic alliance by regular contact with the therapeutic team.

Prof Naber also spoke about the QUALIFY study, of which he was Lead Investigator. It found that aripiprazole once-monthly (Abilify Maintena) demonstrated non-inferiority and established superiority to another once-monthly atypical antipsychotic, paliperidone palmitate, on health-related quality of life outcomes as assessed by the Heinrichs-Carpenter Quality of Life Scale (QLS) (Heinrichs et al. Schizophr Bull 1984; 10(3):388-398).

The QLS scale assesses the impact of deficit symptoms in schizophrenia on patient reported Health Related Quality of Life (HRQoL). It found that the optimisation of a patient’s subjective wellbeing and quality of life should be one of the major goals in the long-term management of schizophrenia.

The QUALIFY study (NCT01795547), supported by Otsuka and Lundbeck, is a 28-week, open-label, rater-blinded study in which patients with schizophrenia who needed a change from their current oral antipsychotic treatment were switched to either Abilify Maintena or paliperidone palmitate.