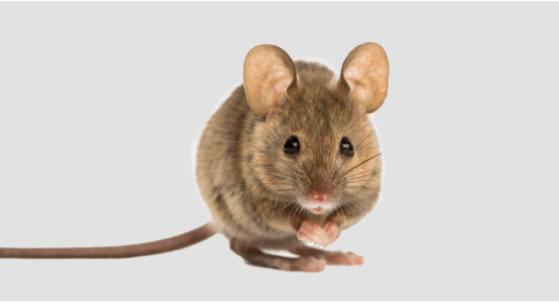 Spinal injuries have long been vexatious and difficult-to-treat conditions, with devastating consequences for the sufferer, including paralysis. Any progress in this area is welcome, but researchers at Northwestern University in the US have claimed they have made a quantum leap forward that promises healing via an injectable therapy.

In their lab work so far, the researchers have cured paralysed mice with severe spinal cord injuries using an injection based on nanofibres, allowing them to walk again after only four weeks. In a study published in Science, the team explained how they used bioactive signals to trigger cells to repair and regenerate the spine with what they describe as ‘dancing molecules’.

On the face of it, the results are remarkable – not only did the axons in the spine actually regenerate, but scar tissue, which presents notorious difficulties in terms of regeneration and repair, was significantly reduced. In addition, myelin – the layer of axons vital for transmitting electrical signals – actually reformed, while blood vessels also formed, allowing the delivery of nutrients to the area of injury, and a greater number of neurons survived.

It’s the first study of its kind to control the collection of molecules via changes in the chemical structure, thereby improving the efficacy of a therapeutic. So what of the ‘dancing molecules’? “Receptors in neurons and other cells constantly move around,” commented Dr Samuel I Stupp, lead author. “The key innovation in our research, which has never been done before, is to control the collective motion of more than 100,000 molecules within our nanofibres. By making the molecules move, ‘dance’ or even leap temporarily out of these structures, known as supramolecular polymers, they are able to connect more effectively with receptors.”

If the research translates in any way to humans, the potential is enormous. In addition, after the ‘dancing molecules’ do their job, the materials biodegradable into nutrients for the cells within only three months, with no significant side-effects for the mouse models. “Our research aims to find a therapy that can prevent individuals from becoming paralyzed after major trauma or disease,” said Dr Stupp. “For decades, this has remained a major challenge for scientists because our body’s central nervous system, which includes the brain and spinal cord, does not have any significant capacity to repair itself after injury or after the onset of a degenerative disease.

We are going straight to the FDA to start the process of getting this new therapy approved for use in human patients, who currently have very few treatment options.”

The therapy is injected as a liquid. Its key mechanism of action is to tune the motion of molecules to allow them to locate and engage constantly-moving cellular receptors – it instantly ‘gels’ into a complex network of nanofibres that mimic the extracellular matrix of the spinal cord, wrote the authors. This ‘match and mimic’ approach means that synthetic materials can communicate effectively with cells.

Formulations of this innovative therapy that include enhanced molecular motion performed better during in vitro tests with human cells, which the authors said indicates increased cellular signalling and bioactivity. Dr Stupp added: “Given that cells themselves and their receptors are in constant motion, you can imagine that molecules moving more rapidly would encounter these receptors more often. If the molecules are sluggish and not as ‘social’, they may never
come into contact with the cells.”

If successfully translated, it could not only cure spinal injuries, but also spinal trauma caused by diseases. “The central nervous system tissues we have successfully regenerated in the injured spinal cord are similar to those in the brain affected by stroke and neurodegenerative diseases, such as ALS, Parkinson’s disease and Alzheimer’s disease,” according to Dr Stupp.

“Beyond that, our fundamental discovery about controlling the motion of molecular assemblies to enhance cell signalling could be applied universally across biomedical targets.”