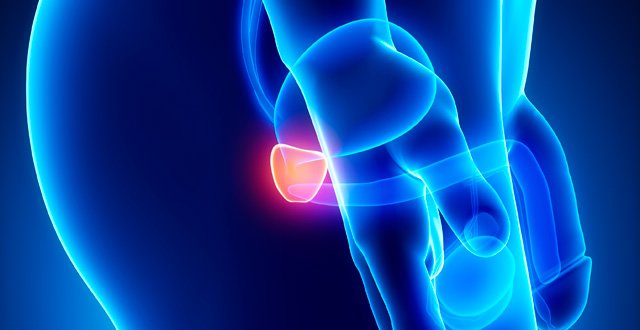 As such, while the term BPH is frequently used to describe the cause of LUTS, we should more correctly refer to BPO or obstruction secondary to BPE.

The bladder is a poor witness, however, and LUTS may be due to a variety of other causes, including detrusor over-activity, UTI, prostatitis, urethral stricture, neurological bladder dysfunction and many others.

The European Association of Urology (EAU) publishes an annually updated, evidence-based guideline on LUTS, with recommendations on investigation and management.

A focused history and examination are crucial to determine the likely cause of the patient’s complaint, to quantify its severity, and decide on the optimal treatment strategy.

The use of validated symptoms score questionnaires — such as the International Prostate Symptom Score (IPSS) — is recommended.

This simple tool quantifies the severity of LUTS in a reproducible manner, and also assesses the effect upon the patient’s quality of life. These questionnaires can be used at baseline and can be repeated following the intervention in order to assess the response to therapy.

These should be completed for a minimum of three days. Reducing excessive fluid intake may improve frequency and avoiding tea, coffee or alcohol late at night may improve nocturia.

A DRE to assess prostate volume and character is an essential part of the assessment. Despite inaccuracies in terms of volume estimation, DRE can accurately differentiate between large and small prostates.

Examination of the external genitalia, supra-pubic area and lower segment dermatomes and myotomes are also important in identifying other causes of LUTS.

All patients should undergo urinalysis to rule out UTI as a cause of LUTS, particularly if the onset of symptoms is sudden or if storage symptoms predominate.

In the urology clinic, uroflowmetry and assessment of PVR urine volume are performed as part of the initial assessment, and can be repeated after an intervention to assess response and identify those at risk of developing complications such as UTIs or bladder stones. The shape of the voiding curve may be suggestive of the aetiology of symptoms, such as the characteristic shouldered plateau of urethral stricture.

Assessment of renal function (such as by eGFR) should be performed in all patients with hydronephrosis, or significantly elevated PVR. However, it is not routinely required in patients with LUTS.

Prostate-specific antigen (PSA) levels (if prostate cancer is not suspected or has been ruled out) correlate well the prostate volume, progression of symptoms related to BPO and risk of acute urinary retention. The Olmsted County Study showed that men with a PSA >1.4ng/ml were significantly more likely to need treatment for BPO.

Ultrasonography of the upper urinary tract should be reserved for patients with renal impairment, high PVRs, or other significant symptoms such as haematuria or UTIs.

Prostate volume assessment by trans-rectal ultrasound (TRUS) is not routinely performed, but may be useful in deciding upon appropriate medical and surgical treatment strategies (eg, in men with very large-volume prostates).

Cystoscopy is useful to visualise the bladder and assess the prostate in patients with atypical symptoms, haematuria or UTI and allows direct appraisal of the extent of prostatic obstruction, or the identification of an alternative cause of obstruction, such as a urethral stricture.

Formal urodynamic studies (cystometry) are useful for complex cases to assess, for example, whether a man with Parkinson’s and bothersome LUTS would benefit from TURP.

The classic urodynamic picture of ‘high-pressure, low-flow’ is characteristic of BOO.

Management of fluid intake, particularly caffeine and alcohol intake, can be an effective initial approach and can help with troublesome symptoms, particularly regarding frequency and nocturia.

Education about voluntary double-voiding (pis-en-deux) for incomplete emptying and milking of the urethra for post-micturition dribbling may also benefit certain patients.

This class of medications act as antagonists at the alpha 1A adrenoceptor, inhibiting contraction of prostatic smooth muscle and reducing outlet obstruction. They can achieve improvements in IPSS of 30-to-40 per cent and increase maximum flow rate (Qmax) by 20-to-25 per cent.

The most commonly encountered complication of alpha-blocker use is postural hypotension, due to cross-reactivity with alpha 1 receptors on blood vessels. The alpha 1A selective alpha-blocker silodosin reduces this risk, with an incidence of orthostatic hypotension comparable to placebo. Other adverse drug effects of alpha-blockers include ejaculatory dysfunction and intraoperative floppy iris syndrome, which may complicate cataract surgery.

5ARIs reduce the size of the prostate by decreasing the conversion of testosterone to dihydrotestosterone, through inhibition of the enzyme 5-alpha reductase. They can achieve a reduction of 18-to-28 per cent in prostate size, leading to 15-to-30 per cent improvements in IPSS.

Their effect is most pronounced in patients with larger prostates. In contrast to alpha-blockers, which do not alter disease progression, 5ARIs lead to a reduction in acute urinatry retention (AUR) and in the need for surgery for BPO, as demonstrated in the Proscar Long-Term Efficacy and Safety Study (PLESS) and Medical Therapy of Prostatic Symptoms (MTOPS) studies. Side-effects of 5ARIs include decreased libido, erectile dysfunction and ejaculatory dysfunction.

It should be noted that 5ARIs lead to a 50 per cent reduction in circulating PSA, which must be taken into account when following-up patients. Once a PSA nadir is reached (approximately six months after commencing treatment), any increase in PSA should be investigated for prostate cancer.

Concerns over an increased incidence of high-grade prostate cancer in men taking finasteride have largely been dismissed with further investigation. This apparent increase is now attributed to inhibition of low-grade cancers by the drug, leading to a relative increase in detection of high-grade disease.

The MTOPS trial showed reduced risk of clinical progression of LUTS with a combination of 5ARIs and alpha-blockers than with either medication alone. Superiority of combination therapy over alpha-blockers in reducing AUR and need for surgery was demonstrated in the Combination of Avodart® and Tamsulosin (CombAT) trial.

Evidence also exists for the combination of alpha blockers and anti-muscarinics in patients with combined storage and voiding LUTS.

Anti-muscarinic medications may be utilised in men with predominant storage symptoms. While they may slightly increase PVR in men with BOO, they do not appear to increase the risk of AUR in the short term.

The phosphodiesterase inhibitor tadalafil is licensed for use in BPO, with significant improvements in IPSS observed. This should not be used in combination with the alpha-blockers doxazosin or terazosin.

Multiple plant extracts have emerged in recent times for the management of male LUTS. However, owing to heterogeneity of composition of these preparations, the EAU does not make any recommendations regarding their use.

Surgery is indicated for the management of LUTS in patients who have failed maximum medical therapy, or in those who have developed complications such as recurrent AUR, UTIs, bladder stones, overflow incontinence or obstructive uropathy with upper tract dilation +/– dysfunction. The most common surgical approaches are discussed below.

The most commonly performed operation for BPO remains transurethral resection of the prostate (TURP). This involves the endoscopic creation of a channel through the prostatic urethra by resection of the obstructive lateral lobes. Meta-analyses demonstrate a 163 per cent improvement in Qmax, 70 per cent reduction in IPSS, 69 per cent improvement in quality of life score and 77 per cent reduction in PVR with TURP.

TUR Syndrome refers to severe hyponatraemia occurring post TURP. This arises in <1 per cent of patients as a result of systemic absorption of the hypotonic glycine solution utilised for irrigation in traditional monopolar TURP. For this reason, resection time in TURP is limited to one hour. Other complications include bleeding, UTI, incontinence, erectile dysfunction and retrograde ejaculation.

For men with small prostates, trans-urethral incision of the prostate (TUIP) is sufficient to produce symptom improvement, and does not carry the risk of TUR Syndrome.

In recent times, bipolar TURP (B-TURP) has emerged as an effective alternative to traditional monopolar TURP. The advantage of B-TURP is that owing to its local circuit, saline can be used for irrigation and so the risk of TUR Syndrome is avoided.

Traditionally, OP (Freyer’s or Millen’s Prostatectomy) was the gold standard management of BPO. While technological advances have enabled less invasive treatment strategies for small-to-medium sized prostates, OP remains a recommended approach for prostates greater than 80g in size. Some centres are now performing this procedure laparoscopically and robotically.

Holmium laser enucleation of the prostate (HoLEP) involves enucleation of the prostate transurethrally using a 2,140nm wavelength laser. It produces significant improvements in voiding symptoms, particularly in patients with large prostates, where it performs similarly to OP. It is now recommended by the EAU as a management strategy for men with LUTS and large prostates. However, it is a technically demanding procedure with a significant learning curve.

Greenlight laser vaporisation utilises a 532nm wavelength laser, not to resect, but rather to vaporise the prostate tissue and so create a channel for voiding. It can achieve results comparable to TURP in terms of IPSS, Qmax and complications. However, it is associated with a significantly higher re-operation rate than TURP. The benefit of this procedure is that it can be performed safely in those on anticoagulation treatment.

Although in the early stages of use, PUL devices have demonstrated improvements in symptom scores and Qmax. This approach involves the transurethral insertion of an implant to laterally compress the prostate lobes and so open up the prostatic urethra. This is particularly useful in those with large lateral lobes but is not effective in median lobe obstruction.

As life expectancy increases and the ageing of the population continues, BPO and its consequences will represent a more common problem than ever before. Currently, a wide range of effective management options exists, with more and more emerging each year.

It is important that LUTS are not just dismissed as representing a normal part of ageing, but rather recognised as a condition with significant effects on quality of life and potential complications, and treated accordingly.

A 63-year-old male presented to the emergency department, unable to pass urine for the previous 12 hours. He was in discomfort, with a palpably distended bladder. Digital rectal examination (DRE) revealed an enlarged, non-tender, clinically benign-feeling prostate gland. He gave a history of hesitancy, reduced flow and worsening nocturia over the past two years, with an IPSS of 19 out of 35.

A urethral catheter was passed, giving immediate relief and draining a residual volume of 1.2L. Serum creatinine and eGFR were normal and a renal ultrasound scan (USS) showed no hydronephrosis. He was commenced on combined alpha-blocker and 5 alpha-reductase therapy and had a successful voiding trial after 48 hours.

Unfortunately, he developed recurrent urinary retention, despite maximal medical therapy and so opted to proceed with a transurethral prostatectomy (TURP) to relieve his bladder outlet obstruction (BOO). Following surgery, his post-void residual (PVR) has fallen to 30mls with an improvement in IPSS to 9/35. He was very satisfied with this improvement and was discharged to the care of his GP.