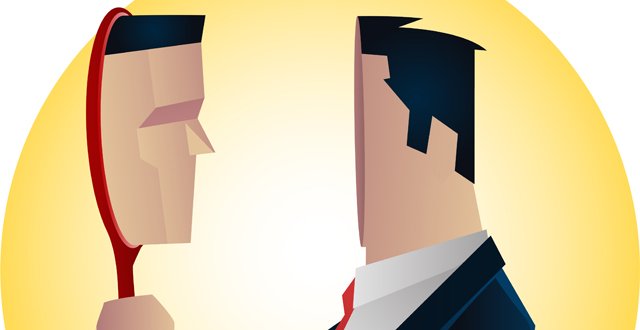 The key features of attention deficit hyperactivity disorder (ADHD) are inattention, hyperactivity and impulsivity. The diagnosis requires the presence of a number of symptoms and requires that these are of greater severity than a peer population. Other factors such as general IQ and presence of specific learning difficulties are taken into account. The assessment is done with collateral information and with supporting information (such as school reports) if available. The features if present must be causing significant functional impairment — this is further explained below.

ADHD is only diagnosed if it causes significant functional impairment in at least two domains. Impairment should be pervasive and in multiple settings and at least of moderate severity. Impairment in one domain (ie, academic) is not sufficient to give the diagnosis of ADHD. Impairment should be to a degree that most people would consider it requires some form of medical, social or educational intervention and where without that intervention, there are likely to be long-term adverse implications for the person affected, as well as problems in the short and medium term.

ADHD is a neurodevelopmental disorder, therefore it is very important to be clear that features were present in childhood/adolescence. Where a diagnosis of ADHD has been made in childhood, about 15 per cent of children diagnosed with ADHD will continue to have the diagnosis as adults and a further 50 per cent will show impairment as adults.

It is not unusual for adults to be diagnosed with ADHD, even if they have not had a childhood diagnosis. Patients may have compensated for the difficulties caused by ADHD, for example through having good interpersonal skills, or they may have been academically bright. Many children may also not be diagnosed because they have structures (ie, parents or school) around them that supported them. This is also true in adulthood, where people’s roles at work or at home may change so that features that were once not a problem now cause impairment — ie, people who are good on face-to-face interactions now being expected to do more administrative work. ADHD has also been missed in childhood because some people may have had the inattentive subtype of ADHD where they may have been ‘day-dreaming’ but not ‘causing trouble’ or attracting attention to themselves. When making the diagnosis, it is important to be clear that the features have been present over a long period of time, even though the degree of impairment may have changed.

The features of ADHD change over time. In adulthood, hyperactivity and impulsivity tend to reduce or change in presentation, but inattention is more prominent. Adults will most commonly complain of disorganisation and inefficiency, procrastination, failure to plan ahead, forgetfulness, difficulty in multi-tasking, misjudging how long it takes to perform tasks, inability to complete tasks, distractibility, poor ability to follow long explanations, and ceaseless activity, or ‘mind-wandering’. The way hyperactivity presents can also change in adults — instead of running/climbing, adults will complain of restlessness or discomfort sitting still for long periods of time, or difficulties waiting in line. Impulsivity may also manifest differently in adulthood — it can involve decisions around spending, taking on projects, travelling or frequently changing jobs.

Screening tools may be useful in deciding whether or not to refer somebody on for further review. They are not robust enough to rely on for diagnosis.

Where ADHD is suspected, investigations to out-rule other conditions include FBC, U and E, TFTs and LFTs. An ECG may also be ordered if stimulant medication is being considered. At the moment, there is no test to diagnose ADHD but there are advances in the area of EEG which may prove useful in the future.

The assessment has the following aims:

Establish if the core features of ADHD are present.

Assess the degree of impairment.

Establish course over time and that features were present in childhood/adolescence.

Assess for the presence of other conditions that could be comorbid or could better explain the symptoms.

Assessment usually takes place over several hours. It involves taking a general psychiatric assessment and a more detailed assessment for ADHD. A structured diagnostic tool such as the Diagnostic Interview for ADHD in Adults (DIVA) can be very helpful in assessment. Collateral information is obtained from family and school reports where possible.

As can be seen in the case report in this article, ADHD frequently presents with other symptoms. A comorbid diagnosis is present in 78 per cent of ADHD cases (Kooij et al, 2006).

Drug abuse and dependency are present in up in 30 per cent of cases. Substance misuse can arise as a response to negative life events associated with ADHD, attempts at self-medication or sensation-seeking. They can also arise if ADHD is complicated by comorbid antisocial personality disorder.

It can be difficult to know if symptoms are caused by ADHD, another disorder, or a mix of disorders. The tables (see page 24) provide a guide, but conditions can be overlapping and comorbidity is very common.

Sleep disruption is common in ADHD, with the most common complaint being of difficulty getting to sleep and then waking up unrefreshed. Even when there is a clear developmental history of ADHD, it is worth considering obstructive sleep apnoea (OSA) as a possible cause for the patient’s symptoms or as a comorbid condition compounding the symptoms. The two diagnoses are not mutually exclusive and treatment of OSA symptoms can improve deficits caused by ADHD.

Treatment of adult ADHD is multimodal. The UK’s National Institute for Health and Care Excellence (NICE) guidelines recommend that treatment should address psychological, behavioural and educational or occupational needs.

Psycho-education For many patients, diagnosis provides a relief that their difficulties have been explained and that they are not simply ‘lazy’. ADHD Ireland is the support group for ADHD in Ireland and its website is at www.adhdireland.ie. It offers information on managing ADHD at work, ADHD coaching and support groups for ADHD.

Psychological treatments CBT can be useful for helping cope with symptoms of ADHD and the consequences. It can help people deal with issues around negative self-image or feelings of disappointment or failure.

Mark is a 34-year-old insurance worker who presents with difficulties with attention and concentration. He has been researching his difficulties online and thinks that he may have ADHD.

Mark has difficulties prioritising tasks. He starts jobs quickly but quickly loses focus and is easily side-tracked. When he is working on his computer, he tends to have multiple windows open and moves between them, often losing track of the original task. He often doesn’t complete notes, doesn’t return calls and needs to be reminded of jobs. He also feels that he drifts out of conversations with colleagues and can’t seem to ‘filter’ if there are many people talking in a conversation. He also doesn’t follow through on what they ask him to do. Mark finds it hard to do things in a sequence and this leads to delays in getting things done. He tries to use lists but ends up with too many lists and he frequently loses them. Up to last year, Mark was working in sales with an assistant to follow-up on administrative work. Last year, he was transferred into a new role and lost administrative support.

Mark’s appraisals at work have been poor. The quality of his work varies and can be excellent at some tasks but is generally inconsistent. Work reports that he has difficulties with scheduling tasks and with organisation in general. They report that he has missed deadlines. He can be excellent at thinking his way around problems and speaking off the cuff. He also is very good with people and is generally well liked.

At home, Mark finds it difficult to sit through a film or read a book. He leaves DIY jobs unfinished. His room at home is untidy. Mark’s wife looks after administrative tasks, such as paying bills. He is worried that his marriage might not last. Mark feels as if his mind is always busy and that he is constantly distracted by the thoughts going on in his head.

Mark’s partner is frustrated living with him. She corroborates much of Mark’s account, including her taking responsibility for all the administrative tasks and that he leaves jobs half-finished. Mark gets bored quickly unless something interests him. He frequently interrupts her when they are watching TV. She can’t rely on him to do any household chores. He has always been like this but it is bothering her more now.

Socially, Mark had a wide circle of friends but is poor at keeping up with them. He often leaves texts unanswered and doesn’t follow up on appointments.

In school, Mark was popular and had many friends. He was a “happy-go-lucky child” and was always “on the go”. His academic performance was inconsistent. School reports have comments such as “poor listener” and “needs to be more organised” and “needs to work harder”. Mark did well in some subjects when he was interested in them but would have difficulty submitting projects on time or completing tasks he was not interested in. He always left homework to the last minute but would generally get it done. He had difficulty organising himself for school and his mother did much of this for him. He was considered to be intelligent. He grasped concepts quickly and did not need to study much. He was very good at sports.

After finishing secondary school, Mark went to university to study business. He struggled with the lack of structure. He crammed for his exams and had to repeat some of them. He did very well in areas that interested him.

Mark left his first job after a year because the work was “boring”. He moved to another company but left that after two years because he wanted to do something more connected with people. In the last 10 years, he has had six jobs. He has been at his current job for four years, which is the longest time he has worked anywhere.

Mark complains of low mood going on for the past six months. He worries frequently about his performance at work and is worried about losing his job. He wakes early in the morning. He feels guilty that he is letting other people down. He wonders if he is lazy. He finds that he is “stuck in his own head”. He worries that his marriage is in trouble. His motivation is poor and he no longer enjoys exercise. He has been drinking about half a bottle of wine a night for the past four months, which is more than his usual consumption of about 15 units per week. He has not been using any other substances.

Mark had a full blood count, TFTs, LFTs, which were all normal. Physical exam was normal.