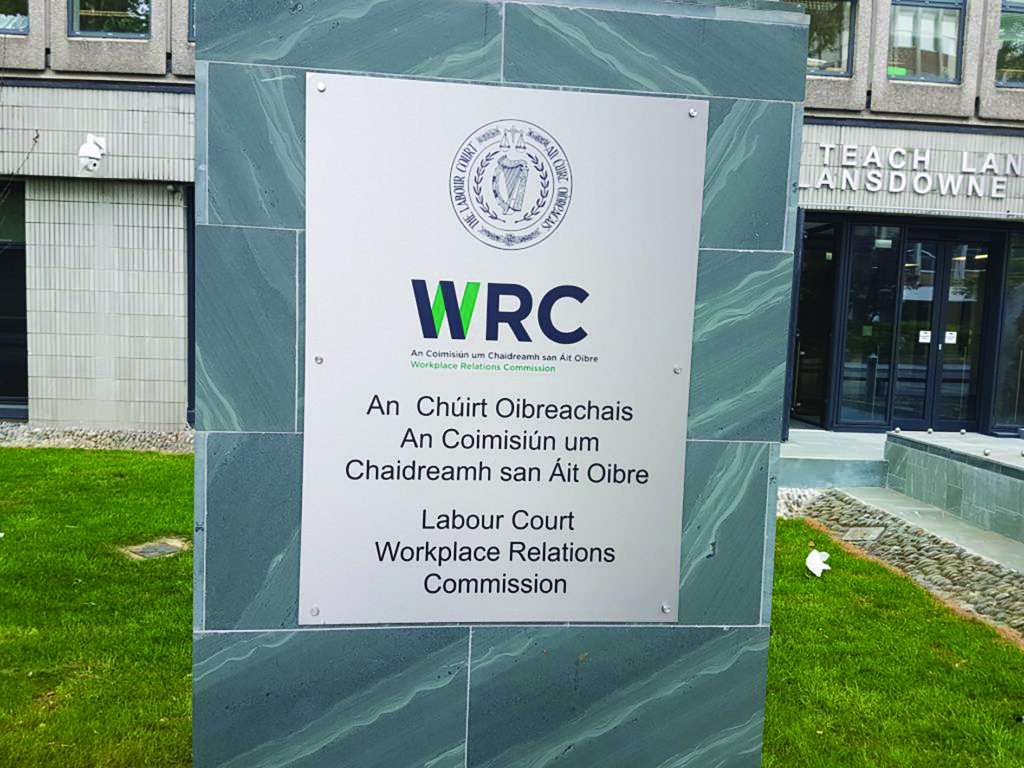 Some 16 HSE area medical officers (AMOs) are seeking pay and conditions on a par with that of their senior medical officer (SMO) colleagues. Niamh Cahill reports

“The IMO was very disappointed with the outcome of the Workplace Relations Commission (WRC) in relation to this issue but remain committed to addressing this longstanding unfair treatment of our members.”

That is according to Mr Thomas Smyth, Manager, IMO Member Advisory Services. Mr Smyth was referring to the decision by a WRC adjudication officer earlier this year against the IMO in a case where the union argued that a member, an area medical officer (AMO), was denied a promotion to senior medical officer (SMO) as a result of indirect age discrimination.

The IMO has referred the matter to the WRC for conciliation and the HSE has agreed to attend. This meeting will take place on 13 October.

“We hope to come to agreement on this matter, but failing this we would then look to refer the matter to the Labour Court for a recommendation,” explained Mr Smyth.

There are currently 16 AMOs, or community health doctors, in Ireland, some of whom work on a part-time basis. AMOs are doctors who work in various HSE community health services nationally. Since 2003, the number of AMOs has been dwindling and some community medical departments are already without any AMOs.

But consequent to industrial action in 2003 there was a restructuring and some posts were transferred to separate departments of public health.
The changes resulted in the establishment of a principal medical officer in charge of a community medical department, with an increased number of senior posts than previously.

The basic grade AMO posts “were left behind” following the reorganisation, according to Dr Ann Hogan, Principal Medical Officer, HSE West.
Dr Hogan is a former IMO President and Chair of the IMO Public Health and Community Health Doctors Committee.

“In the Mid-West, for example, we went from three senior AMO posts to a principal medical officer and five senior medical officer posts. The remaining posts were then all at area medical officer grade, so it increased the height of the triangle if you like.”

This resulted in an inequality among AMO and SMO positions – a problem exacerbated by the 2008 economic crash. Dr Hogan remarked: “At the time of the agreement in 2003 a number of AMOs got promoted to senior posts straightaway and then there was a feeling that as the holders of the senior posts retired or resigned or left, that each replacement post would have to be at senior grade, so there was a hope and expectation that over time all the AMOs would attain the senior grade.”

However, when the crash occurred in 2008 the HSE introduced a recruitment moratorium for several years. Therefore, when individuals vacated posts many were not replaced at all.

“We’ve only been recruiting again since 2014 and any competition that has been advertised since that time, there has been quite a lot of interest and of course, we have to have interviews, and they have to be fair,” said Dr Hogan.

“Some of the longstanding AMOs, because they entered the service as AMOs with the entry criteria that was there for AMOs at the time, didn’t have some of the qualifications that are now required for the senior post. Some of them were eligible to apply for senior posts but have been unsuccessful in being appointed so far, and others couldn’t apply because they didn’t have the qualifications.”

Dr Hogan explained that the problem is that AMOs are largely carrying out the same work as senior medical officers.

AMOs and senior medical officers provide immunisation and child health services in what is a wide and varied role, which includes clinical work. According to the HSE, they may provide “a specialist child health clinic for development problems in children with physical, sensory and intellectual disability”.

Medical officers can also carry out the medical assessment of grants and allowances administered by the HSE, county councils and revenue commissioners and an allowances appeals process “for those deemed non-eligible”.

Speaking about the role of AMOs, Dr Hogan said: “Our doctors would have been instrumental in rolling out the HPV vaccine when it came in first and certainly we’re on the frontline of dealing with all the various issues and concerns that arose in relation to the vaccine. They were strongly committed to the HPV vaccine and we seem to have turned a corner in relation to uptake of the vaccine. That’s a real success story.”

As illustrated, AMOs conducted clinical, face-to-face work. Public health nurses undertake the core schedule of visits for children up to the age of four, but they can refer children they have concerns about to community health doctors for assessment, added Dr Hogan.

Both AMOs and SMOs are on a salary scale with six points, followed by two long service increments at the end of their term. According to Dr Hogan, most AMOs are on the maximum salary scale currently, as they have all been in the system since before 2003. The salary scale for AMOs, based on October 2020 figures, begins at €70,000 to a maximum of €82,728. For SMOs, the salary scale begins at €83,796, increasing to a maximum annual salary of €97,370.

AMOs are seeking the same salary scale that SMOs currently enjoy, along with improved terms and conditions, said Dr Hogan. She remarked: “You would expect there should be equal pay for equal work.”

“It is very disheartening for staff who have been in the job for a long time and who are doing excellent work to see much younger people come in and to know that they are immediately going on a salary scale that’s higher than theirs to do what is, essentially the same or a very similar job,” she pointed out.

“As new staff are appointed you expect existing staff to train them in. You have a situation where you have a doctor who is on a lower pay scale with officially lower status training in the new person who comes in.”

The issue has been raised through internal HSE channels in the past.
This route has thus far failed to result in any positive outcome for AMOs and the IMO is now actively progressing the matter through the WRC, and failing that, the Labour Court.

The planned meeting on 13 October is considered a crucial one in the eyes of AMOs, who will continue to seek improved terms despite the outcome.
Furthermore, the emergence of Covid-19 has added impetus to their pursuit for equality. As Mr Smyth pointed out, the role of AMOs is a significant one from a public health perspective.

“The IMO is seeking the upgrading of the entire group. This is a very significant issue for AMOs and they are working side by side with SMO colleagues, undertaking the same role and being paid on a lower scale. This has been particularly emphasised during Covid-19, when many AMOs and SMOs were redeployed and worked side-by-side assisting their public health colleagues,” said Mr Smyth.

“They played a key role in assisting with this and may do so again in future. In addition they have been heavily involved in relation to undertaking catch-up clinics during the summer and will be engaged in the continued roll-out of the HPV vaccine when that resumes.”