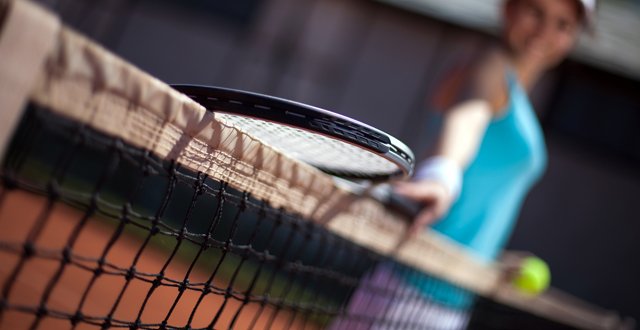 Whereas I am long past the point where I have realised I can’t know everything, I like to think I’m good at keeping up to date. I keep abreast of the medical literature, attend conferences and tick all of the necessary CME boxes to keep the Medical Council happy. And yet, as I pass the mid point in my professional career, I have a sense that I may have reached a plateau.

I was reassured to read that I’m in good company. Atul Gawande, surgeon and well-known author of the The Checklist Manifesto, seemed to reach a similar peak in his mid-40s. Writing about it in The New Yorker, he describes a levelling-off of what had been steady improvement in his surgical outcomes for years.

Noting the transformative effect that an hour with a tennis coach had on his tennis game, he began to wonder why doctors didn’t use coaches to ‘up their game’ in a medical setting. Top-class athletes and opera singers don’t assume that they have achieved perfection once they finish their initial training, he observed. They are constantly reassessing, tweaking, and improving with the aid of a second pair of eyes and ears. If a tennis player like Rafael Nadal could benefit from a coach, then why couldn’t a doctor?

So Gawande decided to get himself one. He invited a retired general surgeon under whom he had trained to come and spend a morning observing him and coaching him in theatre. The effect was transformative. The 20-minute feedback discussion they had at the end of his operating list gave Gawande “more to consider and work on” than he’d had in the previous five years.

If it’s good enough for Gawande, I thought…

So last month I persuaded a colleague and long-time mentor to come and coach me. Hoping that he would tell me that I had already reached perfection (but also deep down fearing that I would be exposed as an out-of-date charlatan), I invited him to observe me for a morning in clinic. A full morning load was scheduled and the patients were notified in advance that another doctor would be present. There would be no specific agenda — he would give me feedback on anything he thought worthwhile throughout the course of the day.

He sat, much like a school cigire, at the back of the consulting room and remained largely silent, taking notes, occasionally approaching the examination couch to watch as I examined and performed procedures on my patients. This was the first time I had been observed in this way since I was a medical student. A little daunting, but after a while I largely forgot that he was there.

After lunch, he gave some feedback.

His most interesting observations related to my consultation style and the pace of the interaction. I have become very skilled (like many of us) at ‘keeping things moving’. As a result, I tend to leave almost no time for pause or reflection. Pauses, we agreed, allow us time to step back into ourselves, to try to re-gather a degree of objectivity after periods of more intense engagement during a consultation. Pauses also, of course, allow our patients time to gather their own thoughts and formulate questions. Missed opportunities to do so included the potentially quiet moments while a patient dressed or undressed, during a physical exam, or while washing my hands.

Additionally, whereas I always review patient notes immediately before I see them, this can be a slightly rushed affair when running behind. This results in an air of distractedness as I alternate my attention between my patient and the computerised medical record to double-check information. A suggestion to read through the notes of all patients before the clinic starts was made, allowing a more thorough assessment and freeing-up some time during the consultation.

I also received feedback on my examination technique, on my use of imaging (a tendency to over-rely on imaging findings in making certain diagnoses), my injection technique (“less stabbing, more distraction”), and the language I use to reassure patients (some patients require more of a ‘you will be fine’ approach than a ‘you’ll probably be okay’ one). We also discussed work-life balance, the redemptive powers of hard work, debt, death (ours) and planning for retirement.

It was hugely rewarding and fulfilling, a unique opportunity to get feedback from a peer and I’d be happy to recommend it.

Although at this stage of my career I’m not in this to win any competitions, it is still nice to aspire to an occasional personal best.

Note: Thanks to the ever-wise Dr Maurice Barry, Consultant Rheumatologist, Connolly Hospital, Blanchardstown, for his time and counsel.