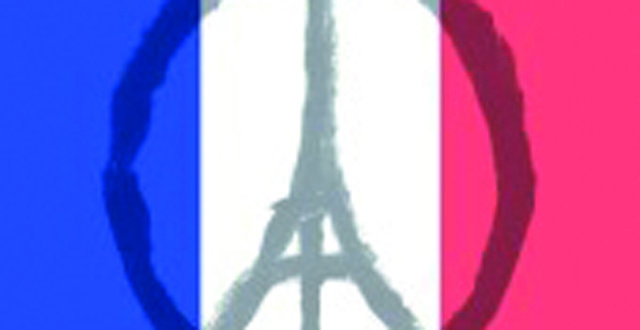 I know a man. In the wake of the horrific attacks on Paris last month, he was the first man rushing onto Facebook to share his fears of dying prematurely at the hands of Islamist terrorism. He is at least four stone overweight. He drinks and smokes his head off. His own father suffered a heart attack prematurely. The only equipment he would recognise in a gym would be the television and the soft-drink dispenser. I would expect that the only way a Muslim person could be involved in hastening his death would be if he suffered some sort of unfortunate complication of the inevitable coronary angiogram that he will be lucky to see 40 before requiring.

As the ‘likes’ and slaps on the back flooded in from all angles, I had to ask myself if I was the only one who saw this.

The attacks were disgusting. Picking off and executing unarmed, innocent young men and women at a rock concert and dining in a café. The horror was unspeakable, the depravity beyond comprehension, but the response to it in this part of the world shone a light on some of the darkest recesses of our own compatriots. The haste with which Syrian migrants were blamed was utterly indecent. The facts as they stand at time of writing are that this was an attack that was carried out by predominantly French people, upon predominantly French people, in France.

Recently, a fellow who looked younger than me was wheeled out on the Tonight with Vincent Browne show and heralded as a PR consultant. A charitable assessment of the situation would say he was coming at things from a sort of a right-wing standpoint. When asked what ought to be done to ISIL, for all the evil and sociopathy they embody, still a land mass containing within it some 10 million souls including children, the elderly and the disabled, he said we should “wipe them from the face of the earth”.

There is no denying the role ISIL has in the convulsions and turmoil that have marred this bloodstained year, but I have to ask if people ever stop to think why they exist in the first place?

There is no denying the role ISIL has in the convulsions and turmoil that have marred this bloodstained year, but I have to ask if people ever stop to think why they exist in the first place? They exist because in the aftermath of a terrorist attack in the West, the victims responded by blaming and waging war on the wrong bloody people. The US-led coalition couldn’t find Bin Laden so they went around killing a bunch of what were quite often perfectly innocent people who looked a bit like him. We cannot be surprised if what has come to fill the vacuum left by the regime change that ensued seems seductive to the children and orphans for whom the war in Iraq was the seminal event of their young lives. So maybe, just maybe, in the light of all that happened in the last decade, our friend on the Vincent Browne show and people who think like him might pause for a few minutes’ thought and establish a few facts before going and blowing up half the world again.

The situation in the UK is not much different. The typical shrieking occurred in the papers about religious fanatics and theocracies.

It would be ironic if it wasn’t coming from a place where the head of state and commander-in-chief of the armed forces is also the head of the state religion, and whose senior clerics all get an automatic seat in the legislative chamber in which they played a key role in voting down a bill brought forward by the Chancellor of the Exchequer a matter of weeks ago.

France is a wonderful country that symbolises the very best of Europe. Its people are creative, brave and passionate. If you’ve been to France and don’t love it, there’s something wrong with you. Its founding principles of freedom, equality and brotherhood have shone a beacon for the world for many centuries and inspired our own struggle for liberty. Its characteristic flair and zest for life conceals a doughty pragmatism in international affairs that have made it a driving force for peace and prosperity in Europe. One can only hope that these characteristics will see her through these dark days and again provide inspiration and vision for some more reactionary elements in her island neighbours.