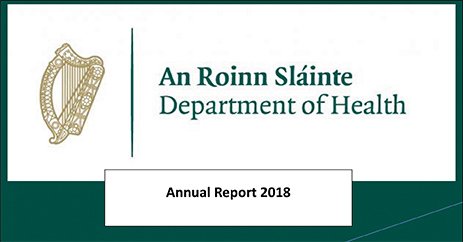 A total of 59 staff members left the Department of Health in 2018, according to its annual report for the year.

In 2018 the Department employed 475 staff in whole-time equivalent terms. There were 105 new recruits over the 12-month period, according to the report. Fifty-nine staff left during the year “mostly through retirement or in some cases moving to different employment or taking a career break”.

There were 1,750 training days held across all grades, comprising 74 programmes and courses.

The Department answered almost a quarter (22 per cent) of all the parliamentary questions (PQs) posed in 2018.

A total of 53,173 PQs passed through the Oireachtas and the Department processed 11,881 of these questions.

The Department also processed 480 Freedom of Information requests in 2018, some 347 of which were from the media.

An analysis of the Department’s ‘prompt payments’ obligations showed 82.6 per cent of payments were made within 15 days.

The report also referred to the Department moving offices from Hawkins Street to Baggot Street in July 2018.

“The transition to our new location happened without interruption to our work output and I commend all involved,” stated Secretary General Mr Jim Breslin.

The report noted that the new premises at Miesian Plaza incorporates a “wide range of energy efficient technologies and measures, to minimise the energy footprint of the building”.

“Our new building offers the Department significant savings on annual energy consumption bills compared to market equivalents,” according to the report.

Writing generally about the year, Mr Breslin stated: “The Department was also faced with many challenges over the course of the year, not least the response to issues arising under the HSE’s CervicalCheck Programme, budgetary issues within the HSE, and the escalation in the costs of the new children’s hospital, upon each of which considerable work is continuing into the current year.”