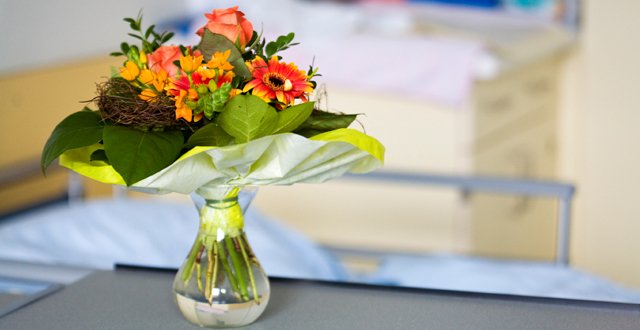 I bought a new strimmer last week and as I tried it out in the shop, I decided to reinvent myself as a right-wing commentator. I am the right sex and age anyway (Mary and Ruth are exceptions to the type). After years of listening to splenetic doctors, I can easily feign indignation and even rage at anything that strays from my world view. My photo, which peers timidly from the top corner of this column, would have to change. I would wear a blazer and tie, a la Hookie and Ivan Yates. The tie should be knotted to the point of constriction, giving the pop-eyed look of Evelyn Waugh, and also have the desirable side-effect of reddening my face, like Kingsley Amis on his third bottle. The overall effect would be that of a toad who had swallowed a wasp instead of a fly.

I would, of course, write for a suitably conservative establishment or even right-wing paper. As I would wind up to thunder my views on single parents, social democrats, complementary medicine and refugees, I would enthusiastically proclaim my own bravery.

“Of course,” I would write, “this won’t make me popular with the left-wing brigade” (it is a well-known fact that all left-wingers go around in brigades — something to do with the Spanish Civil War). Then, having made the wholly predictable and oft-repeated point, I would congratulate myself on my courage. Fintan O’Toole is a big man, but I doubt that he would actually come round and beat the daylights out of me for a public moan to a group of ageing doctors or Sunday Independent readers, but they don’t need to know that.

I would be boringly consistent in my views. I remember living in the North during the Troubles. There was no point in asking extremist politicians their view on anything; their side was right and the other crowd was wrong, whether you were Widgery or Gerry, Paisley or McGuinness. Gerry Adams is so used to this that when he arrived late at the White House on St Patrick’s Day and wasn’t let in immediately, he compared himself to Rosa Parks. He could not admit to any kind of mistake. Similarly, I would not let facts, or even simple justice, derail my repeated views.

I would then attack a person or institution repeatedly. It is like a small boy being bold to gain his mother’s attention. Shane Ross, who got himself elected as an anti-establishment figure, went on the radio after the Government was finally formed, cooing his delight at his great big department and trusting that those wonderful civil servants will steer him right. Good man, Shane: four legs good, two legs better. Get in there to change things and when you are in, turn into one of the boys.

The water meter charges are a tricky one though. An environmentalist like myself has no difficulty in saying that we should cherish our water and pay for its use and maintenance, even if Irish Water has more unnecessary bodies and fiddles than Riverdance on stage. But your contrarian ‘righty’ gets confused. Conservation? Isn’t that a bit like the environment and global warming and all that hippy lefty stuff? Anyhow, those scientists who preach doom can’t be proper scientists or they would be working for decent factories and multinationals that can be trusted to do the right thing.

Kevin Myers used to write a column for The Irish Times, in which he would use his savage indignation to lacerate the hearts and consciences of the readers. I think I felt that I was growing old if I agreed with him more than once a week. He was unashamedly himself, but he did change his point of view from time to time and he could even admit that he was wrong. Unfortunately, his successors are not of the same mettle. Michael Graham, who squawks his mock indignation on the The Right Hook radio show, just seems to think big business is good and anything else is bad. He’s the loud American who Michael D publicly ripped apart a few years ago. I wonder how he sleeps at night.

These thoughts all ran though my head as I clutched the strimmer around its tubular waist. I had put off owning a strimmer for years. It was a symbol of all I hated; tidying up the countryside to make the outside look like the inside, strimming away the hidden homes of pollinators and birds and butterflies on verges and waste ground for no good reason.

But I am adjusting my thinking. I have planted a wildflower meadow and it is the very tool to keep the grass at the right length. It uses no chemical poisons. So a scythe would be better, but the strimmer will do.

I don’t know why it got me thinking about right-wing media commentators. It is a beast of a thing, loud and destructive, and it only goes in one direction. You have to treat it with care and more than a little suspicion.