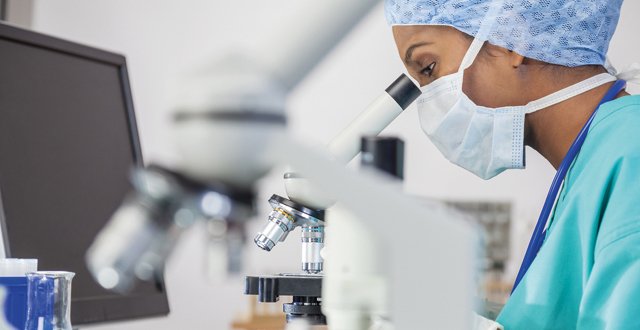 This €1.4 million research programme will run for three years and is being conducted in conjunction with Integra LifeSciences, a world leader in medical technology.

This project is led by Prof Fergal O’Brien (Department of Anatomy, RCSI and Deputy Director in AMBER) in partnership with Prof Conor Buckley from the Trinity Centre for Bioengineering.

Peripheral nerves link the brain and spinal cord to the other parts of the body, such as the muscles and skin. They can be damaged through disease, trauma and burns resulting in interference with the brain’s ability to communicate with tissues resulting in the loss of motor or sensory function to muscles and skin. This can have significant deterioration in a patient’s quality of life.

Peripheral nerve injury is a major clinical problem and is known to affect more than five million people worldwide every year. It is estimated that 5 per cent of multiple trauma patients have peripheral nerve injuries. Prompt surgical intervention is needed but if the injury size is larger than five millimetres, the primary treatment option available in most cases is by autograft which involves removal of nerve tissue from another part of the patient’s body and transplantation to the site of injury.

Unfortunately, autografts are hampered by a number of issues including the limited availability of donor tissue and often functional recovery for patients can be poor. As a result the RCSI and Trinity team in AMBER are working with Integra LifeSciences to develop a next generation nerve graft capable of repairing large nerve defects without the need for invasive secondary surgeries.

RCSI’s collaboration with Integra began in 2005 and has deepened in the intervening years through the Science Foundation Ireland-funded AMBER centre. This current project marks the second engagement in the area of peripheral nerve repair between the parties. The first project was successfully completed at the end of 2016 and resulted in a patent being filed on technology generated under the project. This current engagement builds on this research.

Dr Simon Archibald, Vice President and Chief Scientist from Integra LifeSciences, said: “The demand for nerve repair biomaterials is increasing due to the aging population and rising number of nerve injuries and nerve surgeries. Our aim is to treat largescale nerve defects in the body and introduce this new technology to our portfolio of existing nerve repair products.”

Prof Fergal O’Brien, Professor of Bioengineering and Regenerative Medicine and Deputy Director of AMBER, said: “Building on a wealth of expertise in biomaterials development from the Tissue Engineering Research Group at RCSI, our hope is to work with Integra to see this new technology translate to the benefit of patients and society.”