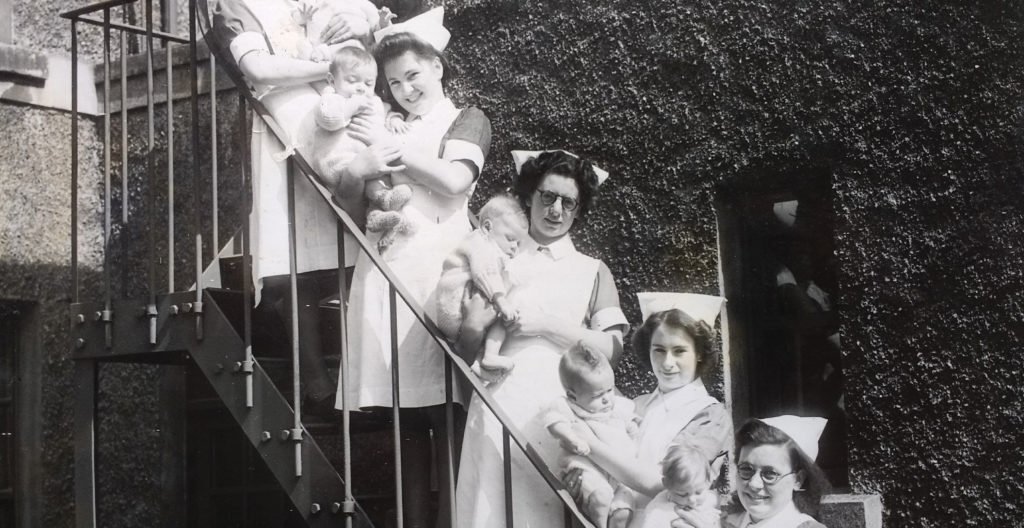 Nestled in the basement of a Victorian home on Kildare Street, the RCPI’s Heritage Centre has spent the last nine years promoting engagement with the history of medicine in Ireland. With a unique collection of books, documents, images and objects in its care, the Heritage Centre has become Ireland’s foremost centre for history of medicine research.

The College has been collecting material relating to the history of Irish medicine since its foundation. Two of the collection’s oldest items are the 1667 Grant of Arms to the College, and the 1692 Royal Charter, which extended the power of the College to license doctors to the whole island of Ireland. The nucleus of the library dates to 1713 when Sir Patrick Dun bequeathed his books to the College for ‘the lawful use of the President and Fellows’. Sadly, details of the contents of Sir Dun’s bequest have not survived, and today there is just one book of the 30,000 books in the library that can be positively identified as belonging to Dun.

The College was without a permanent home from the death of Sir Dun, in 1713, to 1864. As a result, the ability to amass collections during these years was limited. However, when the College moved into its new home on Kildare Street in 1864, the size of the building gave new scope for collecting. Portraits and statues of the past-Presidents were commissioned by the College, or received as gifts.

Much of the College’s ceremonial regalia, including the gowns, President’s chair and Irish silver mace, date from this period, as the College set about creating traditions and ceremonies to match its new grand surroundings. For the first time in 150 years, Dun’s Library had a permanent, purpose-built home, thus making the library readily accessible to Members and Fellows. With storage space no longer an issue, the College was also able to offer a home for the records of other organisations, including those of the Medico-Philosophical Society (1756-1931) and the Cow-Pock Institution (1804-1855).

In the early decades of the 20th Century, the College’s historic collections flourished under the stewardship of Dr T Percy C Kirkpatrick. Initially an anaesthesiologist, and later a specialist in sexually-transmitted disease, Dr Kirkpatrick was also a bibliophile and one of Ireland’s first medical historians. During his life he amassed an extraordinary collection of books, pamphlets and archives relating to the history of medicine in Ireland, which he bequeathed to the College at his death in 1954. During his over 40 years as Registrar of the College, he actively developed the historic collections, encouraging his contemporaries to donate material. Some of the most famous items in the collection were received during this time, including William Stokes’s stethoscope and Napoleon’s toothbrush. In the early years of his imprisonment on St Helena, Napoleon was cared for by the Irish naval surgeon Barry Edward O’Meara. The two became friends and Napoleon gave O’Meara gifts, including a toothbrush and snuff boxes. These items passed through several hands before becoming part of the collection of Sir Frederick Conway Dwyer. On his death in 1935, he left his considerable fortune to Mrs Mary Tyrell, and she presented the Napoleonic items to the College.

Following Kirkpatrick’s death, the College’s historic collections were somewhat neglected; although new material continued to be donated, it was rarely used. However, new opportunities were presented at the end of the 20th Century, due to a renewed interest in the history of medicine, both from the medical profession and academic historians. A grant from the Wellcome Trust allowed the archives to be catalogued for the first time, opening them up to researchers. In 2010, the Heritage Centre was formed, to bring together the College’s extensive historic collections and to improve their care and management. As part of this process, the Heritage Centre joined the Heritage Council’s Museum Accreditation programme, receiving full accreditation in July 2018, as Ireland’s first accredited medical museum.

The collections in the Heritage Centre offer a fascinating insight into many aspects of the development of medicine in Ireland. This year there has been particular interest in the archive of St Ultan’s Hospital for Infants, as 2019 is the 100th anniversary of its foundation. The hospital, based on Dublin’s Charlemont Street, was the brainchild of a group of pioneering women, including Dr Kathleen Lynn and Madeline ffrench-Mullen. It provided medical care to some of Dublin’s poorest children, as well as providing advice and support to mothers on how to care for their children. From the beginning, the hospital practised a policy of positive discrimination, providing much-needed medical appointments for women. Dr Lynn had, earlier in her career, been denied an appointment because of her gender, the hospital having nowhere to house a resident female physician. St Ultan’s also holds an important place in the history of vaccination in Ireland, as the first BCG vaccine was administered in the hospital in 1937 by Dr Dorothy Stopford-Price.

As well as showing how much medicine has changed, the records in the St Ultan’s archive also show how some issues in medicine remain the same over generations. Many of the papers in the St Ultan’s Hospital archive deal with the founders’ long-held dream of uniting all of Dublin’s children’s hospitals. A promotional flyer published in 1946 laments that despite having a site identified and designs drawn up, Dublin is still waiting for its new children’s hospital. The founders of St Ultan’s would, no doubt, be horrified to find that over half a century later, the new children’s hospital is still not open.

To mark the centenary of the founding of St Ultan’s Hospital, RCPI’s Heritage Centre will be holding a day of public lectures on the hospitals and founders as part of the College’s Annual Conference-St Luke’s Symposium on Thursday 17 October. The event will be free of charge and accredited for 6 CPD points. More details on the event and how to book can be found on the College’s website, www.rcpi.ie.

Over the past few years, the RCPI has been working hard to continue to develop our collections to meet the growing interest in research in medical history in Ireland. Last year, the Irish Family Planning Association donated its archive, a fascinating collection highlighting the organisation’s pivotal role in campaigning for the right of all people to sexual and reproductive health information, and as Ireland’s leading sexual health provider. Over the summer, the archive of the Royal Hospital Donnybrook has been placed on loan to the College. This is another collection that provides a unique insight into both medical and social history in Ireland. These two collections will be catalogued and made available to researchers.

It is not just larger institutional collections the Heritage Centre takes in; small groups and individual items are also donated. Thanks to an appeal on Twitter, we were able to provide a home for an apothecary’s ledger from 1753, which was found in the attic of a house on the South Circular Road. In recent years, there has been an increased interest from researchers in our collection of medical instruments and materia medica. In tandem with this, there has also been a recent increase in the number of donation received. Recent additions include a recording perimeter, used to test the visual acuity of some of Aer Lingus’s first pilots, and substantial donations from the former Hayes, Conyngham, Robinson pharmacy chain and Read’s Cutlers and Instrument Makers on Parliament Street.

The College has always been dependant on the generosity of individuals and organisations in donating and loaning items to the collections, and entrusting the College with their ongoing care and providing public access to them. As we are always looking to add to our collections, if you have any items which you think might be of interest to the Heritage Centre, please contact us.

“The Heritage Centre is open daily from 10am to 4pm during Heritage Week, which runs until Thursday 24 August. https://www.rcpi.ie/