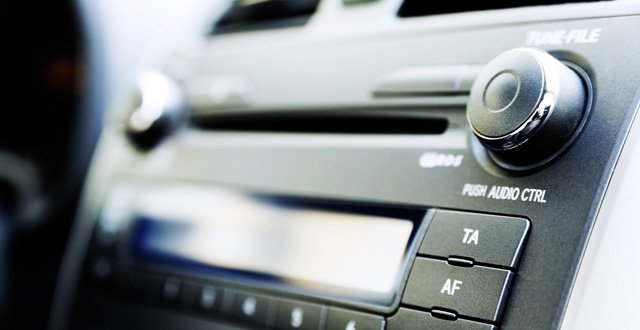 Radio listeners are intelligent,” said the nice woman from the ICGP communications course. I was pleased to hear it, as I was fond of the radio myself and it was nice to be told that I was improving my mind as I drove through the boreens and costal paths of Donegal with my boxer dog Susie sitting in the passenger seat.

A true story was going around about the two old ladies who heard my car pull into their farmyard as they sat by the fire.

Ten minutes passed and I was still in the car. “What’s he doing?” asked Margaret.

“I don’t know. Must be talking to Susie,” said Mary.

I did talk to Susie quite a lot, but on this occasion I was listening to the end of a radio programme. I loved ‘talk radio’. I could not get enough of politicians, commentators, debate and rows. If I had a fairly long commute to work I could be frighteningly well informed. When I was an intern assisting in an operating theatre, the surgeon made a badly-advised comment about the American presidential elections. I embarked on a 20-minute monologue on how each state was likely to vote, starting with New Hampshire and ending with Alaska. He never liked me after that. You don’t contradict a surgeon over something as trivial as the presidency of America.

I kept on listening to the serious stuff for many years. Then, one day, I had enough. I was driving regularly from Nenagh to Barna, the world economy was collapsing and the West of Ireland was enduring floods and deluges of apocalyptic proportions. The radio was full of screaming experts watching their world order crash.

Pat Kenny was still giving Biffo a gruelling somewhere, but I was better off not knowing about it

As I faced into the gleaming black roads and the towering black skies of Galway, I flitted from one gloomy station to another and suddenly hit on ‘4FM’.The station was just starting and it was only broadcasting classic rock music, with, mercifully, no dialogue. And that was it. I moved, as they say, the dial, but not to Newstalk.

From then on I hurtled through the floods and storms, rocking along to Springsteen, Bon Jovi and Zeppelin. Fleetwood Mac told me not to stop thinking about tomorrow; Neil Young asserted that I was like a hurricane; and Chris Rea confided that this was the road to hell.

Not that I was worried, as AC/DC assured me that hell was not a bad place to be.

Pat Kenny was still giving Biffo a gruelling somewhere, but I was better off not knowing about it.

Mind you, my music was not to everybody’s taste, as I found out on the mornings when I drove my teenage girls to school. We had cut a deal. If they ate their breakfast and wore their coats, they would get to pick the music in the car and get a fiver for lunch. Each. I know, I know, I’m a big softie.

So I suffered the torment of the damned, listening to Spin. There is some music that should not be listened to when you’re sober. I couldn’t decide which was worse, technobeat or rap.

Only a couple of years before, they had lived their lives to the sound of Westlife. I never thought that there would come a point in my life when I would yearn for Westlife, but Spin did that to me. My musical taste had been destroyed by a diet of Spin.

So when the girls departed for college in a cacophony of crap music and I just had the smaller two on the school run, we discovered the pleasant world of Marty Whelan on Lyric FM. It is a sunlit place, free of argument or rancour, where well-trained dogs patter by and jokes, Limericks and Marty moustaches are swapped in well-kept gardens. Ciara makes the traffic report sound like a Heaney poem and Hugo adds to his bewildering report from his large and eccentric family.

Puccini and Joni Mitchell supply a soundtrack of middle-caste Catholic music and all is well in Marty land. The kids are hypnotised in the back seat and I gaze benignly at the snarling, cursing listeners to disaster radio as they race the lights and pull out in front of you.

Poor crathurs, worrying about things they can do nothing about. The only stress over on Lyric is on the half hour, when the news comes on. I usually turn it down. I think Susie would approve.

What use is the news to a dog?