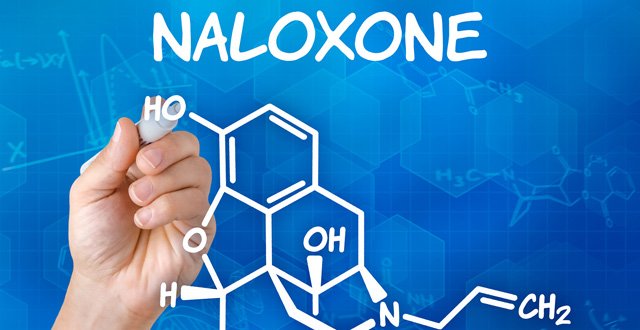 Deaths from illegal drug overdoses are a serious problem in Ireland, as the grim statistics clearly show.

Ireland is in the top five EU countries for such overdoses. The most recently published data from the Health Research Board shows the total number of overdose deaths in Ireland in 2012 was 350, compared to 162 road-related deaths. Given the huge media coverage that road deaths receive, this is an arresting statistic.

In May this year, Minister for Health Leo Varadkar announced the details of an innovative project led by the HSE involving the drug naloxone — an antidote used to reverse the effects of opioid drugs like heroin, morphine and methadone if someone overdoses.

“This project could make an enormous difference when it comes to reducing drug-related deaths,” said the Minister at the project’s commencement.

“Research shows that providing increased access to naloxone for people likely to witness an overdose, such as the family, case workers and friends of a drug user, is an effective way of reducing overdose deaths.”

“There is an evaluation ongoing as we speak from an outside agency,” Dr Denis O’Driscoll, Chief Pharmacist, HSE Addiction Services, and the project lead, tells the Medical Independent (MI).

“That was in-built into the project from the very beginning to demonstrate its effectiveness and that it works. We know it works because it’s an opiate reversal agent, but [the evaluation] is to show that it works within the Irish context and the service user group is aware of how to use it and when to use it.

“That is who we are aiming at — the service users, their families and friends.”

The project involves 600 opiate users receiving take-home naloxone on prescription. It also includes those recently released from custody who have been identified as at high risk of opioid overdose.

These drug users and those close to them have been trained on how to administer naloxone, which comes in a pre-filled syringe, and to recognise the signs of an overdose.

Dr O’Driscoll says the project experienced some initial difficulties, but it had become smoother as the weeks and months have passed by.

“I think at the start it was just trying to make sure people had the product and that people felt confident in the training that we were doing,” he says.

‘It is a very important time for people to remember and rethink the whole philosophy around overdose, particularly of those who have lost people through overdose of who have become harmed because of overdose’

“I think a lot of it comes down to when you do it once, it becomes more ingrained in your psyche in how to do it; it becomes easier to pass on that information to clients.

“The product itself is a very easy product for people to utilise, once they are shown it. We have all of that shown in videos online and you can access them online if you need to.

“There is an app available, which we are trying to have more widely available for people. That is more for workers who are doing training for a client and we have some very good pictorial guidelines for clients themselves. “

The outcome of the evaluation of the project will inform the approach to making naloxone more widely available across the country.

There is a tight timeline for the evaluation, with an initial interim report due around now, which is expected to be finalised by mid-December.

“I think it is going better than it was,” says Dr O’Driscoll about the project.

“Over time, it has picked up. At the start it would have been slow, but that is like everything when it’s new.

“What has been very interesting is, when people have heard it is available, it has become more active in that area. So, for example, in Limerick the GP down there said there is a definitive interest in it — people coming forward looking for it to access it.

“Once people are aware that they can access it, they come forward. We are piggy-backing on people wanting it, making sure it’s out there available for them.”

So is Dr O’Driscoll hopeful that the evaluation will be positive?

“Definitively; it’s clear that naloxone works. The issue around it is, what is the best product to have on the market, which is one of the things we have to go through, because this product is a prescription-only product; we need to get through that,” he says.

“So there are a number of barriers that through the demonstration study, we are trying to show that might be the problem we need to get changed — to make it more widely available.”

The HSE-led demonstration project is an initial step towards making naloxone more widely available to treat opioid overdose. The project uses a similar methodology to a demonstration project carried out in Wales. It involves training non-medical staff, such as care workers, family and peers, in the administration of a naloxone injection supplied in a pre-filled syringe. The training of all individuals and groups who may be involved in the delivery of the project is important for its success.

Dr O’Driscoll believes that the data they are receiving from doctors is crucial to the success of the project.

“What we are hoping is that if a product is used, it is reported,” he says.

“Within our evaluation piece, we do have a data spreadsheet, where we asked if a doctor prescribed it to someone or if a project worker has someone who was looking for it again, so that is reported to us. And we look to see if we can speak to that patient to see if we can get more information on it.

“The ideal situation is that someone has used it and is looking for another one, which demonstrates that it has been used to save someone.”

Mr Joe Doyle, HSE National Social Inclusion Planning Specialist, says: “It is important to recognise that behind every death, there is a family and a community that is suffering”.

“The theme for the 2015 International Overdose Awareness Day is ‘Rethink and Remember’. We want to highlight the availability of supports and information for drug users and their families to reduce the numbers of deaths and serious injury from drug overdose, training in overdose prevention, risks in causing an overdose and how to prevent it is available for service users’ families and friends,” he says.

Dr O’Driscoll tells MI that the naloxone project fits in with the importance of the safety message of International Overdose Awareness Day.

“It is a very important time for people to remember and rethink the whole philosophy around overdose, particularly of those who have lost people through overdose or who have been harmed because of overdose. Rethinking is what we are trying to do at the moment — getting people to rethink their own safety,” he says.

“The naloxone demonstration project fits into that, but it shouldn’t be the ‘be-all and end-all’ of overdose prevention — the best way is not to have an overdose; then you do not need to use the naloxone.”

The naloxone demonstration project has been undertaken in response to an action in the National Drugs Strategy aimed at dealing with the rise in drug-related deaths. According to the latest figures available, a total of 350 people died in 2012 in Ireland as a result of the toxic effects of one or more drugs. Almost two-thirds (220) of these deaths involved opiates, including heroin and methadone.

Dr O’Driscoll adds that poly-drug use accounts for more than half of all drug-related deaths.

“But the important thing is that opioids are implicated in nearly 51 per cent of deaths, so if you have naloxone, could you save 51 per cent of those who died? It’s just a question, that’s all,” he adds.