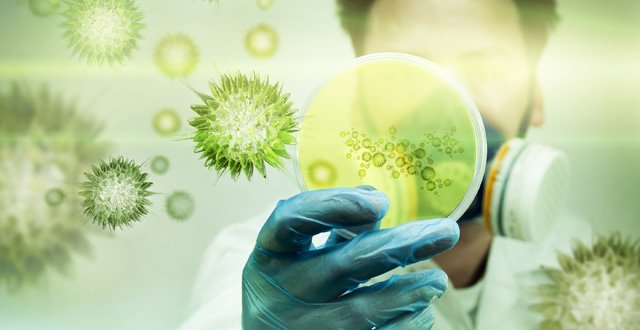 The African migrant population living in Galway is largely unaware of critical aspects of malaria transmission and prevention. That is according to a questionnaire-based study undertaken by Dr Gerard Flaherty of the School of Medicine, NUI Galway, to both characterise the travel trends and determine the level of awareness of malaria among a sample of African migrants living in Galway city.

Of 68 participants (mean age 34 years) – representing nine malaria-endemic countries – around half were economic migrants and the remainder asylum seekers; 40 per cent returned to Africa regularly; and 77 per cent reported having contracted malaria in their country of origin.

Although 95 per cent knew that malaria was spread by bites from infected mosquitoes, 28 per cent rated the disease as “not serious”, and 17 per cent of the potential visiting friends and relatives (VFRs) questioned did not consider they would be at risk of contracting malaria if they returned to Africa in the future “… even though they have all lived in Ireland for longer than partial immunity to falciparum malaria could persist”.

Furthermore, 61 per cent did not know that malaria is transmitted between dusk and dawn.

Commenting on the findings, Dr Flaherty told the Medical Independent: “This study draws attention to the risk of malaria in the VFR group living in Ireland. Many VFRs, having been raised in malaria-endemic countries, may believe that their immunity against malaria persists when they travel to live in a non-endemic country such as Ireland. This is not the case, and this group comprises most cases of imported malaria in Ireland at present.”

Dr Flaherty advises GPs to encourage migrants, who might be considering travel to their countries of origin to visit friends and family, to follow standard mosquito bite avoidance precautions, to take malaria chemoprophylaxis correctly, and to report any fever to their doctor for up to six months following their return to Ireland.

In this 10-page review of varicella-zoster virus (VZV), a member of the family Herpesviridae, its lifelong latency in dorsal and cranial nerve ganglia is highlighted. So too is the fact that in more than 95 per cent of cases, primary VZV infection results in varicella, with disease peaks in temperate climates occurring in winter and early spring. Groups susceptible to life-threatening primary VZV infections are seronegative adults; infants of seronegative mothers; immunodeficient patients; unborn children of mothers contracting varicella during the first four to five months of gestation; and children delivered from mothers with varicella shortly before or after delivery.

Varicella pneumonia is considered to be the most important complication in pregnant women, and following varicella infection between weeks five and 24 of pregnancy, a congenital varicella syndrome with 30 per cent mortality can be expected in 1 to 2 per cent of cases.

The antiviral treatment of VZV infections centres on the acyclic nucleoside analogues acyclovir (or acyclovir) − including its prodrug valaciclovir – famciclovir and brivudin. VZV resistance to drugs such as acyclovir is rare, and has only been described in the literature among immunodeficient patients with herpes zoster.

Except for Suduvax (Green Cross, South Korea), all available varicella vaccines are live attenuated, and based on the Oka strain of VZV (originally isolated in the 1970s from a three-year-old child with varicella, whose surname was Oka). Intensive immunosuppressive therapy and pregnancy – including the four to six weeks before a planned pregnancy – are important contraindications of varicella vaccination.

Passive VZV immunoprophylaxis with varicella-zoster immunoglobulin (VZIG) may prevent the onset of varicella or weaken its course, and the list of at-risk groups for whom VZIG has been recommended includes unvaccinated pregnant women without a history of varicella; immunodeficient patients whose immune status to varicella is unknown or negative; and newborns whose mothers develop varicella within five days before and two days after delivery.

Finally, a zoster vaccine has been developed, which one large study showed may cut the incidence and severity of zoster by half, and the frequency of post-zoster neuralgia by 67 per cent.

The World Health Organisation (WHO) threshold for the elimination of congenital syphilis is <0.5/1000 live births, which it aims to achieve through a three-step strategy: universal access to antenatal care, including syphilis screening; access to care in early pregnancy; and on-site testing and treatment.

In the UK in 2010, there were 268 diagnoses of infectious syphilis in reproductive-age women, falling to 206 in 2013. Despite a high antenatal screening coverage, concerns over the effectiveness of case and control strategies prompted the present study, instigated in 2010, and deploying of an active surveillance system to estimate the incidence of congenital syphilis among children born in the UK between February 2010 and January 2015.

Seventeen cases (12 male, five female) were identified, with 10 cases reported in 2010. The reported incidence for all years was below the WHO threshold for elimination of congenital syphilis. Clinical presentation ranged from asymptomatic to acute disease; one infant was born deaf and blind; and the median maternal age at delivery was 20 years.

The country of birth was recorded for 12 mothers — six UK, three Eastern Europe, two South East Asia and one Middle East — and although the social circumstances of mothers varied, they included drug use and sex work, with some experiencing difficulty in accessing healthcare.

The authors state that the presence of diagnoses of congenital syphilis in the UK indicates gaps in the coverage of the antenatal care delivery systems and syphilis intervention strategies aimed at adults, but speculate that the possible reduction in incidence since 2010 may be attributable to a greater engagement of vulnerable groups with health services. They also note that although the incidence of congenital syphilis in the UK is below the WHO elimination threshold, “ … reducing the public health impact of this preventable disease in the UK is highly dependent on the successful implementation of WHO elimination standards across Europe”.

Among countries participating in the European Antimicrobial Resistance Surveillance Network (EARS-Net), Ireland has the highest proportion of vancomycin-resistant Enterococcus faecium (43.1 per cent), with a median proportion of 5.6 per cent among all EARS-Net countries.

The authors of this report, from the National Maternity Hospital (NMH), Dublin, state that furthermore, “multi-drug-resistant (MDR) Escherichia coli are increasing each year in Ireland (14.8 per cent in 2013)”, noting that antimicrobial resistance in a maternity setting affects antibiotic prescribing for the mother and may result in increased antimicrobial use, which could potentially harm the foetus and neonate.

The aim of this study was to detect rectal carriage of MDR micro-organisms (MDROs) among pregnant women living in Ireland between February and May 2015. De-identified rectal swabs that had been taken for Group B streptococcus screening from 123 patients (mean age 32.7 years) were cultured for MDROs.

MDRO carriage was found to be low in pregnant women in Ireland, with four patients (3.25 per cent) having at least one MDRO.

Lead author Dr Susan Knowles, Consultant Microbiologist, NMH, told the Medical Independent that none of the pregnant women were identified as a vancomycin-resistant enterococcus (VRE) carrier, despite a high prevalence of vancomycin resistance among Enterococcus faecium bloodstream infections in Ireland: “Pregnant women are young and usually healthy and it is reassuring that VRE was not detected in this low-risk population.”

Resistance to ciprofloxacin, a broad-spectrum antibiotic, was identified in six out of 123 patients tested. Dr Knowles said: “We rarely use ciprofloxacin in pregnant women, as most of the time safer alternatives are available. The resistance detected may reflect widespread use of this antibiotic in hospitals and general practice. Ciprofloxacin is an important antibiotic and to prevent further development of resistance, it must be used judiciously.

“For example, ciprofloxacin should not be routinely used as a first-choice antibiotic for common infections such as urinary tract infection, when there are more suitable alternative antibiotics available.”

The prevalence rate of asymptomatic urogenital chlamydia trachomatis among young women attending a large Dublin maternity hospital is 5.6 per cent, according to a recent study, whose authors suggest that antenatal screening may help prevent vertical transmission of the organism to neonates. Urogenital C.trachomatis in pregnant women has been associated with miscarriage.

In this study, urine samples or endocervical swabs of 2,687 asymptomatic pregnant women aged 25 years and under were tested by the polymerase chain reaction between 1 December 2011 and 1 December 2013. The Health Protection Surveillance Centre had deemed this age group to be at increased risk of infection, and current recommendations in the US and UK also suggest that antenatal screening be confined to this cohort.

The prevalence rate of 5.6 per cent is lower than the 8.7 per cent rate found in 2003-2004 at the same hospital, and the authors point out that although the decrease occurred in the absence of national screening guidelines or a national screening programme, it coincided with a national sexual health awareness campaign.

The study found that positive results were more likely to occur among those who were of younger age, single, Irish nationals, students and unemployed, but not cigarette smokers.

This study, the authors state, provides robust data to guide national screening policy and they suggest that “… high-intensity screening of antenatal patients may have a role to play in preventing neonatal infection. We recommend screening of women aged 25 years and under attending maternity services in Ireland.”