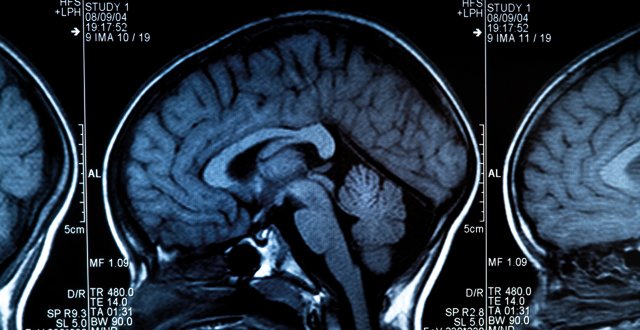 Multiple sclerosis (MS) is a chronic, immune-mediated inflammatory and neurodegenerative disease of the brain and spinal cord that typically affects young adults, causing irreversible physical and cognitive disability. The disease involves an initial relapsing-remitting course (RRMS) in 80-90 per cent of patients, although relapses are not always followed by complete recovery; the majority of RRMS patients subsequently develop secondary progression (SPMS) of their disease, characterised by irreversible and relentless accumulation of disability leading not only to personal and caregiver burden, but also to high societal and economic costs.

The clinical management of MS is becoming increasingly complex, largely due to the recent rapid emergence of a number of new approved disease-modifying therapies (DMTs) in less than a decade.

In addition, the lack of consensus guidelines on the initiation, switching and escalation of such therapies has resulted in marked variation in treatment practices across hospital settings, both locally and nationally.

There are currently no approved DMTs for the treatment of primary progressive MS (PPMS); characterised by later-onset (age group 40s-50s), progressive worsening of neurological dysfunction in the absence of a relapsing-remitting phase, and comprises 10-15 per cent of all MS patients.

Although interferon beta-1b has been approved for the treatment of SPMS where there is evidence of ongoing active disease; the evidence for its effect on long-term outcomes in SPMS at 10 years is not very convincing.

Essentially, there are two treatment strategies for relapsing MS: Induction versus escalation.

Induction therapy involves early treatment with a powerful drug with potentially serious side-effects followed by maintenance therapy with a better tolerated drug, with the acknowledgement that the benefits of avoiding early irreversible loss of neurological function leading to potentially better longer outcomes outweigh the risk of potential adverse effects.

On the other hand, escalation therapy involves starting with a safer drug that adequately controls disease activity, then moving on to a more efficacious drug when disease breakthrough activity occurs.

Although the induction strategy has been traditionally reserved for patients with highly aggressive disease, there has been a recent shift towards a lower threshold for earlier and more aggressive treatment of MS as a whole.

The advent of highly efficacious therapies for MS has led to the recent proposal for a new composite outcome measure for MS, that is, achieving ‘no evidence of disease activity (NEDA)’, defined as a triad of: Absence of new or enlarging T2 lesions or T1-gadolinium-enhancing lesions on MRI; absence of sustained disability progression as measured by the Expanded Disability Status Scale (EDSS) and absence of clinical relapse. The concept of NEDA has become an important secondary outcome measure in clinical trials in MS. One notable study demonstrated that although NEDA is difficult to sustain long-term, even with treatment, NEDA at two years predicted disability at seven years nearly as well as NEDA at five years.

The results of numerous natural history studies in MS support the argument for aggressive early treatment.

It is understood that MS is a two-stage disease: An initial phase with disease duration influenced by clinical variables such as gender, age, initial symptoms, number of relapses in the first five years of the disease and degree of recovery from first relapse; and a subsequent phase of irreversible disease progression independent of the initial phase.

The duration and trajectory of the second progressive phase remains remarkably constant in contrast with the high variability of duration of the first phase. The younger the age at onset of MS, the slower the accumulation of disability in the initial phase.

Importantly, isolated MS relapses produce a measurable and sustained effect on disability, with 42 per cent of patients left with a residual deficit of EDSS ≥ 0.5 and 28 per cent with a residual deficit of EDSS ≥ 1.0 at approximately two months post-relapse. With regard to MRI markers of disease activity, results from a 20-year follow-up study of patients with Clinically Isolated Syndrome (CIS) show that patients who developed SPMS tended to have larger baseline T2 lesion volume and steeper rate of increase of lesion volume compared to those who remain as RRMS, especially over the first five years.

Taken together, late disability is predetermined early, therefore, the first two-to-five years from MS onset constitutes a critical time window during which appropriate therapeutic interventions may play a pivotal role in modifying the natural course of the disease.

There is increasing evidence that DMTs directly impact disability progression and mortality in MS. Real-world data from a prospective study of 2,570 interferon beta-treated RRMS patients followed up for seven years revealed that early treatment ≤ one year from disease onset significantly reduced the risk of reaching EDSS 4.0, compared to delayed treatment ≥ one year. One recent study involving 5,000 patients showed that lower relapse rates and longer duration on higher efficacy DMTs after reaching EDSS steps 3.0, 4.0 and 6.0 were associated with a lower risk of disability accumulation. Furthermore, results from a 21-year follow-up of the pivotal interferon beta-1b trial assessing all-cause mortality showed that the hazard rate of death was reduced by 46.8 per cent among RRMS patients receiving interferon beta-1b, a drug with only modest efficacy in MS, compared with placebo.

The latest (2015) Association of British Neurologists’ (ABN) guideline on the treatment of MS categorises natalizumab and alemtuzumab as “drugs of high efficacy – Category 2”. Subgroup analysis of the AFFIRM study, a randomised placebo-controlled phase 3 trial of natalizumab in treatment-naïve patients with highly active relapsing MS, showed an annualised relapse rate (ARR) reduction of 81 per cent compared with placebo (p<0.001) as well as a 64 per cent reduction in 24-week sustained disability progression at two years (p<0.001).

Interestingly, results from the Tysabri Observational Programme (TOP) study showed that ARRs on natalizumab therapy were lower in treatment-naïve patients compared with those on prior therapy.

Although concern for the development of progressive multifocal leukoencephalopathy (PML) remains a considerable factor against the prolonged use of natalizumab, this risk may be stratified and managed in a simple algorithm that takes into account anti-JC virus antibody index and MRI monitoring.

With regard to alemtuzumab, six-year data from the extension CARE-MS 1 trial of alemtuzumab versus interferon beta-1a in treatment-naïve patients revealed remarkable outcomes, with the proportions of patients free of clinical, MRI and six-month confirmed disability being 57 per cent, 66 per cent and 77 per cent, respectively. The most concerning safety issue with alemtuzumab is the development of secondary autoimmune disease, although adequate post-infusion monitoring reduces the severity of these conditions. Collectively, these findings provide a strong rationale for early and aggressive first-line treatment in active relapsing MS.

The effects of DMTs on hidden grey matter (GM) pathology, and subsequently on resultant whole-brain atrophy early in MS, is emerging in research as an important feature for a favourable long-term prognosis. Although traditionally thought to be primarily a white matter (WM) disorder, the recognition that clinical features associated with MS cannot be explained by WM disease alone have led to the interest in GM pathology; in particular the high prevalence of cognitive impairment (CI) at all stages of MS. CI is a hidden disability in MS that leads to a significant negative impact on quality-of-life factors, which often pre-dates the emergence of overt physical disability. In particular, it leads to withdrawal from employment and social activities – with 50 per cent of the MS population unemployed despite a median EDSS score of just 3.0-3.5. There is evidence for the presence of GM involvement in MS from its onset at CIS; this then evolves in early disease. GM pathology is known to correlate better than WM demyelinating plaques with both levels of physical disability and CI in MS.

Novel imaging techniques have given insight into this important MS pathology beyond focal WM plaques, however, they are not currently used in routine clinical practice to guide treatment decisions. Magnetisation transfer ratio (MTR) and diffusion tensor imaging (DTI) can detect subtle microstructural changes in normal-appearing WM and GM, and in early RRMS lower MTR and DTI values are predictive of later CI and physical disability. Double inversion recovery, phase sensitive inversion recovery sequences and 7-Tesla MRI may allow for visualisation of cortical MS plaques. Microstructural changes and grey matter demyelination correlate well with subsequent brain atrophy; and brain volumetric studies both predict and show the strongest correlation with disability and CI over conventional radiological findings. Treatment with natalizumab results in significantly lower rates of percentage brain volume loss over time, more than placebo, or interferon-beta treatment. However, the majority of first generation DMTs have shown only very modest effects on brain atrophy rates over placebo and one meta-analysis even reported similar rates of atrophy in patients treated with first generation DMTs and patients who remained untreated.

Another marker of hidden neurodegeneration in MS is cerebrospinal fluid (CSF) neurofilament level. Neurofilaments are the main component of the axonal cytoskeleton, and are released into the CSF when axonal damage occurs. They are indicative of axonal damage occurring that is not detectable with MRI; they also correlate well with subsequent brain atrophy measurements and are predictive of long-term outcomes in early MS. Immunosuppressant treatment with the anti-CD20 monoclonal antibody rituximab has been shown to be significantly better in suppressing neurofilament levels than treatment with either interferon-beta or glatiramer acetate in three Swedish centres. Initiation of natalizumab treatment has been shown to reduce neurofilament levels three-fold.

Perhaps the most important development in managing patients with MS was the development of consensus guidelines recommending regular, or at least yearly clinical assessments and annual MRI assessments in patients with relapsing MS. These criteria emphasised the importance of classifying patients (by both clinical and MRI measures) as to having ‘not active’ or ‘active’ disease and assessing whether there was, or was not, evidence of increased neurological disability.

The great difficulty is deciding whether a patient on a particular therapy who has evidence of an increased number of white matter lesions (by MRI) but who has not had any clinical evidence of disease activity (a relapse) and who has stable disability, should be changed/escalated to a more active therapy (such as changing from beta interferon to fingolimod).

At this point, algorithms, which can accurately, with sufficient sensitivity and specificity, indicate those patients who would benefit from escalation of disease-modifying therapy, do not exist. This is often a challenge for the neurologist assessing patients at their annual review. Often this is a clinical judgement based upon factors which include patient preference. One of the reasons for this absence of sufficiently accurate predictors is our inability to measure the hidden GM disease (discussed above) by the routine annual MRI scan; it may be that more sophisticated measures of cerebral atrophy or CSF neurofilaments will provide the clinician with a more accurate predictive tool.

In conclusion, although DMTs have been shown to delay the rate of progression of MS, it is difficult to maintain or reverse disability once EDSS 4.0 is reached, and until hidden grey matter disease can be accurately measured in clinical practice and suppressed with the appropriate DMT once identified, secondary progression of MS cannot be prevented. The option of initiating a high efficacy DMT may be influenced by undesirable side-effect profiles and also subject to restrictions in licensing and reimbursement policies; nevertheless, early and aggressive intervention in the treatment of MS is advisable to preserve the innate capacity of the CNS to compensate for injury through self-repair – in other words, to promote the early protection and maximisation of neurological reserve for improved long-term quality-of-life outcomes.

The positive opinion by EMA’s Committee for Medicinal Products for Human Use (CHMP) provides an additional treatment option for patients with RMS and is the first medicine in the EU intended to treat some patients with PPMS. There are currently no disease-modifying therapies available for this particular form of MS.

The recommendation from EMA’s CHMP is based on data from three pivotal phase 3 clinical trials in 1,423 patients with MS (two in RMS and one in PPMS patients).

In March 2017 ocrelizumab was approved by the US Food and Drug Administration (FDA) as a treatment for both RMS and PPMS.