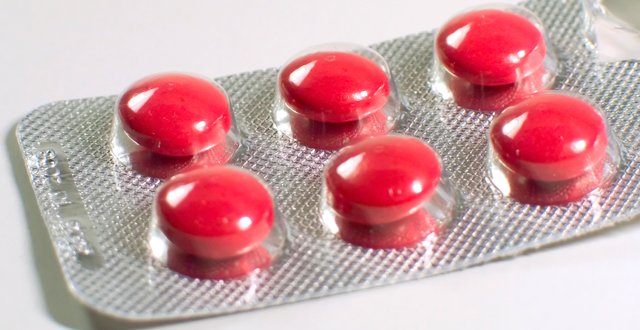 The high price of new medicines is not only a challenge for the Irish health system — it is a global dilemma that requires co-operation between different stakeholders and the development of novel solutions. A conference was recently held in the RCSI in Dublin on the issue. Hosted by Access to Medicines Ireland in collaboration with the RCSI, Médecins Sans Frontières (MSF) and the Irish Forum for Global Health, the conference featured a wide range of national and international speakers on how to improve access to medicines, both in the developed and developing world.

After an introduction from RCSI CEO Mr Cathal Kelly, the Labour Deputy Brendan Howlin took to the stage to give his perspective as a former Minister for Health and Minister for Public Expenditure and Reform on what is a high-priority matter for all governments.

Deputy Howlin began by saying that the revolution in healthcare over the last century has extended people’s lives and made what were once life-limiting and fatal diseases into chronic conditions that can now be managed or cured.

“Of course, this all comes at a cost, but a price we have been willing to pay up to now,” according to the Deputy.

“The most difficult question we can be faced with as politicians and policy-makers is, how can you put a price on a life? Pharmacoeconomics can arrive at evidence-based figures, but morally, it is a question none of us want to have to answer. Because how can any politician or policy-maker tell a patient to their face that the costs of the drug does not match the quality-adjusted life year (QALY) as determined by the National Centre for Pharmacoeconomics (NCPE)?”

Deputy Howlin referred to how in 2014, Ireland ranked among the highest in the world on per capita pharmaceutical spend. He added that €2 billion was spent on pharmaceuticals by the State in 2016 and that expenditure on high-tech drugs increased by €250 million from 2009 to 2016 and is over €600 million a year now.

Deputy Howlin also said that mid-way through 2017, the HSE had essentially run out of money for nine new high-tech drugs that had been approved by the NCPE, meaning that patient access was delayed.

“We know that with many more high-tech treatments in development, the costs of medicines will continue to rise,” according to Deputy Howlin.

“Of course, as a small country with less than five million people, our ability to negotiate is limited. A low purchase price in one country becomes the reference then for all others, so there is always an incentive for drug companies to achieve the highest price possible that public health services can pay.”

In what would be a recurring theme throughout the conference, he argued that there needs to be greater transparency on the costs of research and development, and how those costs then impact on the price of a drug.

“If an EU agency was responsible for ensuring transparency in drug pricing, in negotiating access and ensuring a suitable return, would the prices being charged change?” he stated.

“I think they would. Taxation is always a thorny subject, but should R&D tax credits be linked to future pricing of the products developed? And should we seek to increase the taxes applied to the profits of pharmaceutical companies?… Public health is a concern for every state in Europe. Finding cures and treatments to save the lives of our citizens is a goal we all share.”

Looking at an alternative model

The next speaker was Ms Ellen ‘t Hoen, a lawyer and public health advocate with over 30 years’ experience working on pharmaceutical and intellectual policies. According to Ms ‘t Hoen, the medicines crisis is truly a global one. She described how the high cost of antiretrovirals in Africa in the late 1990s led to reforms in patent law. The World Trade Organisation (WTO) Doha Declaration, agreed by WTO members in 2001, helped to frame the health policy context of the intellectual property system. It stressed the need for the WTO Agreement on Trade-Related Aspects of Intellectual Property Rights (TRIPS Agreement) to be part of the wider national and international action to address public health problems afflicting developing countries and least-developed countries. The Declaration identified specific options open for governments to address public health needs, also termed ‘flexibilities’.

“The least-developed countries stopped enforcing patents; the developing countries started to grant compulsory licenses to allow trade in those medicines,” according to Ms ‘t Hoen.

In 2010, the Medicines Patent Pool (MPP) was created. The MPP is a public health voluntary licensing mechanism that partners with all key stakeholders (governments, patent holders, generic manufacturers, civil society and community/patient groups). The aim of the initiative is to increase access to quality, appropriate medicines for people living with HIV in developing countries.

In spite of progress in relation to patents, Ms ‘t Hoen said that the current pricing structures are not sustainable. She added that the prices cannot be explained by the cost of production.

Data and market exclusivity supersede patent law in terms of rights. Ms ‘t Hoen argued in a paper with colleagues that the European Union should amend its legislation and allow for a waiver for data and market exclusivity when a country issues a compulsory licence. Orphan drug legislation, which was created to ensure that companies have enough incentive to invest money and time for very small patient populations, was also in need of review, she said.

Like Deputy Howlin, Ms ‘t Hoen argued there was the need for more transparency in terms of how companies set prices.

“Greater transparency as to the cost of research and development and how prices are set will really help to inform good policy debate and good policy-making,” she stated.

Ms ‘t Hoen said that delinking cost from prices as a future model needs to be considered.

“I am not saying you spend less on medicines,” she stated in conclusion.

“I think it is important to have a well-funded budget and paid-for medicines, but we should do it differently and not through high prices.”

Mr Yannis Natsis, Policy Manager with the European Public Health Alliance, provided a European perspective on the high price of medicines. Speaking to the Medical Independent, Mr Natsis said the issue is being taken seriously by all European countries.

“In Europe, we have this very comprehensive discussion, ranging from the role of the IP [intellectual property] incentives,  to the role of the patent system, all the way to the evidentiary requirements. Are regulators, when they approve new drugs, asking the right questions? Are they setting the bar high enough? Finally, we are having this very comprehensive discussion and I think this gives us hope,” according to Mr Natsis.

“Also, we are seeing that more and more governments, starting with the wealthiest member states; all the way to smaller and medium-sized member states, they are asking questions. They dare to ask questions and they dare to question the business model, simply because in Europe, we are not as rich as we used to be. So the affordability issue is an issue that has been brought home to everyone, from Cyprus all the way to Denmark.”

He said countries need to work together in order to achieve lower prices. He pointed to the BeNeLuxA collaboration, which was established in 2015 with a view to “fostering the sustainability of national healthcare systems and the affordability of medical products challenged by high prices, adverse consequences of incentives and the unfilled leverage potential of individual countries negotiating with industry”.

The initiative was started by the Netherlands and Belgium, with Luxemburg and Austria joining later. In February of this year, Minister for Health Simon Harris announced that Ireland was to begin negotiations on joining the group.

“These initiatives are born in some of the wealthiest countries in the globe,” according to Mr Natsis, “in some of the countries where there is no real access to medicines crisis at the moment. There haven’t been any massive demonstrations in the streets, or no massive public opinion pressure, so this is really starting from the top because they realise that sooner rather than later, they will have a problem with the sustainability of their healthcare budgets.”

The CEO of the Irish Pharmaceutical Healthcare Association (IPHA) Mr Oliver O’Connor provided industry’s perspective on the issues at stake. Mr O’Connor said Ireland falls behind Western Europe in making new medicines available, stating that the country is currently 18th of 26 European countries in the reimbursement of new medicines authorised by the European Medicines Agency.

According to Mr O’Connor, price is not the problem.  Under the Agreement signed with the State two years ago, prices are limited to the average of 14 European countries.

He said other countries in Western Europe also scrutinise value for money, negotiate prices and reach agreements with the pharmaceutical industry, but manage to make available more new medicines to patients.

“Members of IPHA understand there are many priorities within health and do not underestimate the challenges of prioritisation and adequate funding,” he said.

“Still, continuous access for patients to the innovation of new medicines is essential if our health service is to deliver international standards of care.”