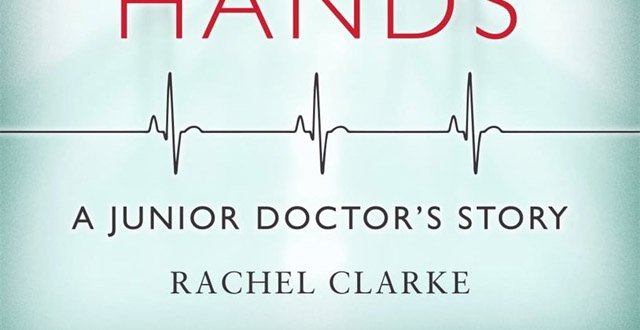 I must declare a bias in the first instance. Much of this book covers strike action taken by “junior” doctors (including Dr Clarke) in the UK and its effect on her family and professional colleagues. I believe that doctors ethically should not take strike action, but confine themselves to working to rule and not performing bureaucratic aspects of their jobs. Patients must never become bargaining tools.

Dr Clarke writes well and clearly is a very competent journalist and doctor. She was summoned to see Jeremy Hunt, former Health Secretary in the UK, and admits that politicians outmanoeuvred “junior” doctors at many turns. Dr Clarke entered medicine at age 29 and is still a “junior” in her 40s. Her major cribs with the politicians, and Jeremy Hunt in particular, are that her beloved NHS is understaffed and underfunded and breaking the backs of many people who work in it.

She candidly tells us in the prologue that “nothing quite matched for me the terror of being spat out of medical school into a world of blood, pain, distress and dying, that I believe I must expertly navigate, while feeling wholly ill-equipped to do so”.

Clarke is patently voluble and emotional. The book’s title Your Life in my Hands seems a little hyperbolic, for many human conditions need merely to be managed, manipulated, made better and are not ominous of sudden death. Her book is hailed (on its cover) as a Sunday Times bestseller.

Clarke’s parents were both medical – a multifactotum GP father and an ophthalmic nurse mother. She was used to hospitals from accompanying her father on his weekends and Christmas rounds. My children used to complain at being left in the hospital library. For Dr Clarke medicine seemed like a calling, not just a job. She writes well and has broken up her book into very readable chapters. She became pregnant during her fourth medical year, but in the neonatal period her newborn son had two seizures, happily with no clear cause and a good outcome.   She smartly recorded the seizures on her smartphone to demonstrate it to the doctors. Later on she suggests that what every aspiring empathic doctor needs is a compulsory stint as a patient. Imagine the effect of that proposal on our overcrowded and under-bedded hospitals.

In Chapter 3 – entitled “Exaltation” – she describes a series of medical interactions. Firstly, a challenge from a chronic heroin addict to find an IV vein on a bet of one gram of heroin. Dr Clarke subsequently succeeded, finding a vein in his thumb. Secondly, a 60-year-old man with bowel cancer and pneumonia who looked “wrong”.  Dr Clarke diagnosed a heart attack and rapidly gave him IV morphine with dramatically beneficial effects, a life saved. Thirdly, an army major with inoperable haemorrhagic stomach cancer, for whom she was able, with much persuasion to find a hospice bed in which he died two days later.

In Chapter 6 – “Callousness” – she describes the lack of in-hospital care given to her 92-year-old grandfather, whose son, a doctor, when visiting was the first to recognise a broken neck following a preventable fall. Then she moves on to the Francis Report 2010, which vividly described failings in the Mid-Staffordshire Hospital, which Dr Clarke ascribes to staff shortages, overstretched doctors and nurses, under-resourced teams, poor staff morale and lack of leadership.

Which bring us to the kernel chapters – “Militancy and Insurrection and Hope”. Hunt was lambasting senior and “junior” doctors in the press. Seven-day working “should be part of the vocation of medicine, which is about being there for your patients”. Seven-day working with no apparent extra staff or resources. Hunt maintained that there was an excess of 11,000 deaths per year at weekends, attributing it to consultants’ lack of professionalism and dedication. Clarke’s experience was that on-call consultants always did Saturday and Sunday rounds and consultant expertise was always available at the end of a phone or in-hospital if required.

Hunt managed to politicise junior doctors from complaint NHS rota fodder into accidental militants. First, 20,000 junior doctors and supporters marched to Downing Street in protest over an NHS contract. Then they took to Twitter, radio and TV. “#1m1n Work” on weekend proved very successful. In the year-long dispute the smartphone proved sharper than Hunt’s sword.  Clarke regularly wrote newspaper volumes and gave TV interviews, while she and other protesters slept rough outside the department of health. Jeremy laid low. Clarke proved to be a streetwise media savvy journalist. Some 66 per cent of the public supported strike action.

In the final chapter – “Hope” – Clarke writes: “For me, no other job could come close” (to medicine).” She is truly a GEM (great energised medic).