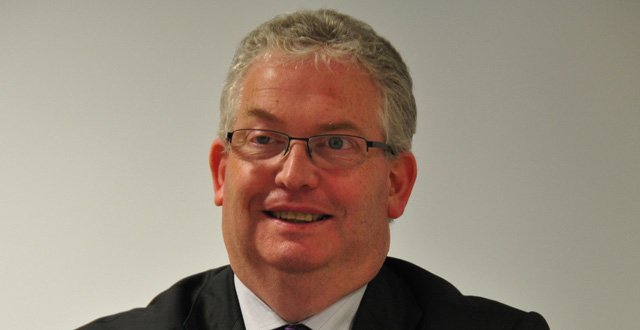 The HSE Director General’s memo was solemn and forthright.

In his message to employees on 8 December 2014, Mr Tony O’Brien reported that very serious allegations had been made against staff members at a HSE-run care home in Co Mayo, called Áras Attracta.

These had emerged following an undercover RTÉ investigation. Senior HSE personnel had seen footage and were shocked and distressed. Mr O’Brien said viewers – including healthcare professionals – would also be shocked when they saw the programme the following day.

He encouraged healthcare workers to “blow the whistle” on any misconduct, disrespect, or abuse they may witness, “without fear or favour”. In making this plea, however, Mr O’Brien made no mention of robust whistleblower legislation that commenced five months previously: the Protected Disclosures Act 2014.

In referencing internal and external reporting avenues, Mr O’Brien provided a link to HSE guidance on largely redundant provisions on protected disclosure in the Health Act 2007. This model has broadly been described as discouraging whistleblowing by the Department of Public Expenditure and Reform (DPER) and by Transparency International.

At time of going to press, the HSE’s guidance was still not updated, over a year and a half after the 2014 Act came into law.

The DPER, which developed the Protected Disclosures Act, told the Medical Independent (MI) that its protections are considered as “among the strongest in the world”.

The day after Mr O’Brien’s memo, a senior official at the Department of Health expressed concern about lack of reference to the Protected Disclosures Act.

In an email to the Department’s Chief Medical Officer Dr Tony Holohan, with the subject line of Mr O’Brien’s memo to HSE staff, Assistant Secretary Ms Frances Spillane noted that “all the circulars etc referred to by the HSE in the context of Áras Attracta (and protected disclosure procedures) refer to the 2004 Health Act as amended but there is now a new Protected Disclosures 2014 Act…I was concerned that [the] HSE should be made aware of this”.

Her email touched upon one of the most important differences between the Acts. The 2014 legislation does not require that a disclosure be made “in good faith”, a provision in the Health Act considered as inducing a ‘chilling effect’ on prospective whistleblowers.

During 2014 and 2015, the Department of Health identified limited circumstances where it considered that certain provisions in the Health Act may still apply. For example, the Health Act includes some provisions for disclosures by ‘persons’ other than workers. Nonetheless, the Department clearly recognised that protected disclosure vis-à-vis the health sector was now largely covered by the 2014 legislation.

The same day, the Department’s Secretary General Mr Jim Breslin enquired of his DPER counterpart Mr Robert Watt as to when the DPER would publish guidance for public bodies on the Act (a process which only recently concluded). The Act requires public bodies to establish procedures for disclosure, and MI understands that the DPER’s advice to public bodies was to put in place interim procedures, pending the completion of its guidance.

There had been earlier discussions at the HSE and Department of Health on the Protected Disclosures Act. For example, after the Act was commenced in July 2014, the Department informed a senior official at the DPER, Mr Noel Tallon, that two HSE colleagues were eager to meet with him to discuss the Act. One was Ms Norah Mason, HSE Assistant National Director of HR, who was the Executive’s Authorised Officer to receive protected disclosures under the Health Act.

After this meeting in October 2014, Mr Tallon informed Ms Susan Reilly, Assistant Principal, Department of Health, that while he appreciated there were “issues” for the HSE (likely in reference to the HSE having to develop a system that could accommodate both Acts), these needed to be resolved “at a local level within the HSE by the application of a degree of lateral thinking…”.

Mr Tallon was a key contact point for the public service on the Protected Disclosures Act and delivered briefing sessions to groups of around 100 people from various public agencies. He had informed Ms Reilly in September 2014 that he was happy to conduct a session to a similarly large group from the HSE. However, it appeared the HSE had favoured a small meeting to seek clarity on a number of matters.

As Ms Mason described in an email to Ms Reilly in September 2014: “We (Ms Mason and colleague) are responsible for advising and supporting managers within the health service on policy issues. As things currently stand we have a number of queries ourselves on the [Protected Disclosures] Act and would need to have a clear understanding before engaging with our managers.”

Over the next few months, HSE guidance remained unchanged. In March 2015, Ms Mason enquired of Ms Spillane whether the Department of Health considered that provisions covering health service employees in the Health Act continued to apply.

Ms Spillane responded that, in summary, all disclosures covered by both Acts should be dealt with under the 2014 legislation. However, she said it seemed that one of the employee disclosure types in the Health Act would remain to be made under that Act, namely section 55B (b) where “the actions of any person employed by or acting on behalf of the relevant body has posed, is posing or is likely to pose a risk to the health or welfare of the public”. (For comparison, a relevant wrongdoing in section 5 (3) (d) of the Protected Disclosures Act is “that the health or safety of any individual has been, is being or is likely to be endangered”).

Legal advice also indicated that a particular set of facts relating to the Health Act’s four other types of employee disclosure could result in a disclosure falling outside the 2014 legislation, but this would “likely be exceptional”.  Ms Spillane added that the DPER was working on public sector guidance, while her Department was to comparatively analyse the laws.

In August 2015, this analysis was ongoing when Ms Spillane responded to further contact from Ms Mason. According to Ms Spillane’s letter, the Department’s advice was that “the HSE should continue to maintain and strengthen procedures for the making of protected disclosures by workers employed in the HSE and for dealing with such disclosures in accordance with the 2014 Act” while noting that the Health Act may still apply “in certain circumstances”.

In December 2015, Ms Mary Jackson, Principal Officer, Department of Health, contacted Mr William Beausang, Assistant Secretary, DPER. Ms Jackson referred to a letter Ms Spillane had sent to him in May (which appeared not to have reached Mr Beausang) requesting clarification on whether the DPER considered that section 55B (b) of the Health Act was covered under section 5 (3) (d) of the Protected Disclosures Act.

Ms Jackson indicated that the Department was happy to send its views to the Attorney General’s Office, so that “we may give a final position to the HSE”.

The following day, Mr Beausang replied that the DPER had legislative and policy responsibility for protected disclosures but had no mandate in providing formal legal advice.

However, “from a policy perspective”, he did not see a strong basis for the argument that section 5 (3) (d) of the Protected Disclosures Act did not encompass a report that previously would have been made under section 55B (b) of the Health Act.

He concluded: “Our advice to the HSE continues to be that they should stand down references to whistleblowing under the Health Act as an alternative regime to the Protected Disclosures Act as the Health Act model is superseded by the 2014 Act. We believe it is confusing and unnecessary for workers in the health sector to be advised that the Health Act model remains relevant.

“We are fully satisfied that the lower level of conditionality in the Protected Disclosures Act and broad scope of relevant wrongdoing provides a comprehensive and uniform model for all workers in the State. In our view continued references by the HSE to ‘good faith’ reporting
and other elements of the Health Act regime are likely to serve as a disincentive to workers in
the health sector making protected disclosures.”

The correspondence in this report was obtained from the DPER and the Department of Health under Freedom of Information legislation.

A Department of Health spokesperson did not respond to MI’s query on whether the issue had been escalated to the Minister for Health.

“Both the Health Act 2007 (commenced in 2009) and 2014 Protected Disclosures Act encourage the making of protected disclosures. The HSE promotes the protected disclosure provisions of both Acts, as is demonstrated for example by the staff newsletter of November 2015 [provided to MI in the response].

“The Department has also been informed that the Quality Assurance Verification Division took responsibility for the operation by the HSE of the protected disclosures process across the health service on 1 January 2016.

“It is putting in place a framework for widespread dissemination of the procedures and for monitoring the ongoing operation of protected disclosures within the HSE.”

Significant work has been done whilst awaiting the final guidance issued by the DPER on the week of 7 March last, the spokesperson said.

Existing sectoral legislation, including parts of the Health Act, was retained on legal advice, they added.

Sixteen protected disclosures were made by employees to the HSE’s Authorised Person in 2014 and 2015. Twelve were applicable to the 2014 legislation.