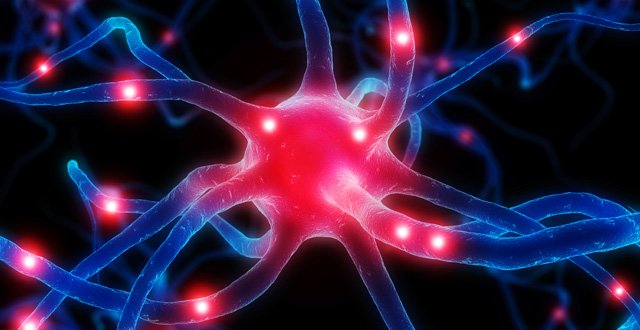 Newborn infants of mothers with schizophrenia or bipolar disorder show abnormalities in the amygdala in the earliest stages of brain development that are consistent with alterations associated with schizophrenia, according to new research presented at the ICOSR.

Abnormalities in functional connectivity of the amygdala-prefrontal cortex have been documented in adults with schizophrenia, as well as in adolescents with a risk for psychosis, and are considered the basis for emotional processing deficits.

While amygdala connectivity was well developed at birth in all infants, among infants of mothers with schizophrenia, the left amygdala had greater hyperconnectivity to the right dorsal prefrontal cortex compared with infants in the other high-risk groups, which tended to have a negative correlation.

The findings offer important insights into the patterns of schizophrenia as the brain develops.

“These findings indicate that these abnormal functional circuits associated with schizophrenia look like they likely arise during prenatal and early neonatal brain development,” said lead author Dr John H Gilmore, Director of the Centre for Excellence in Community Mental Health at the University of North Carolina.

“With the bulk of structural and functional development in human brains tending to be done by two years of age, I think it is very important to identify infants at risk very early in life and develop early intervention strategies.”

It may be possible to develop imaging-based early identification of risk for later psychiatric illness at the earliest stages of postnatal life, Dr Gilmore added.

Low levels of vitamin D are linked to psychosis

A new UK study presented at the 15th ICOSR in Colorado, US, has shown that low vitamin D levels in first-onset psychosis correlate with function and mood 12 months later.

Low vitamin D is commonly found in people with psychosis, but it is unclear whether this is a result of psychosis, a predisposing factor, or relating to common risk factors,

Clinical trials are needed to determine whether screening and prescribing supplemental vitamin D is indicated in psychosis, one of the study authors Dr Fiona Gaughran of the National Psychosis Service, South London and Maudsley NHS Foundation Trust noted.

Vitamin D deficiency occurring at various stages of development, including in utero, is linked to psychosis, which prompted the study investigators to examine the role of vitamin D in the early stages of psychosis.

For the study, the researchers evaluated vitamin D levels in 166 patients (64 per cent male) at first onset of psychosis and again 12 months later. Measurements were also collected from a group of 324 community patients who were known to have had psychosis for a period of approximately 15 years.

Patients with a first onset of psychosis were found to have a mean vitamin D level of just 13.64ng/ml, significantly lower than the level of 20ng/ml that is considered sufficient.

There was no association between vitamin D levels and duration of illness or function or disease measurement scores.

Low vitamin D levels in those with established psychosis were negatively correlated with an array of other health issues, including high BMI, high triglyceride levels, high total cholesterol levels and hypertension.

In addition, vitamin D levels were lower among patients who had lower levels of exercise and who spent less time outdoors.

The researchers note that the idea of vitamin D as potentially neuroprotective in psychosis deserves exploration, though the benefits of supplementation may be overestimated and need more research.

The adult children of mothers who had pre-pregnancy obesity have a significantly increased risk for psychosis, new research presented at the ICOSR shows.

A number of previous studies have linked maternal obesity with the risk for psychosis in offspring, but this Australian study adjusted for a variety of potentially important confounders, including birth complications.

The researchers evaluated data from the large, population-based Mater University Study of Pregnancy, looking at factors that included maternal BMI.

Data on a cohort of 2,303 offspring of the mothers with a mean age of 19.9 years (range 18-to-23 years) were assessed with regard to psychosis-related outcomes. The offspring included 48.5 per cent males.

After adjusting for the variables, including maternal age, education, and income, as well as child sex, age, and birth complications, the results showed a significant association between being overweight or obese prior to pregnancy and the subsequent offspring reporting any delusion by age 21 years.

The study authors acknowledged that an important limitation of the study was the relatively low rates of obesity in the mothers studied, which was only approximately 15 per cent.

In a new UK study, presented at the ICOSR, significant distinctions in hippocampal glutamate levels were shown among high-risk individuals who transitioned to full psychosis, compared to those who did not transition.

Hippocampal glutamate levels were found to be selectively elevated in ultra-high-risk subjects who made a transition to psychosis. Neuroimaging measures of hippocampal glutamate function could be used to help predict outcomes of ultra-high-risk individuals, said lead author Dr Matthijs Bossong, Department of Psychosis Studies, Institute of Psychiatry, King’s College London.

Dr Bossong and colleagues assessed levels in the left hippocampus in MRIs of 68 patients considered to be ultra-high-risk, defined according to Comprehensive Assessment of At-Risk Mental States (CAARMS) criteria, and 30 healthy control patients.

The ultra-high-risk patients were scanned at their first clinical presentation and then for a mean duration of 19 months, which was the mean time from baseline to transition to psychosis. Nine of the patients developed psychosis.

At the study’s baseline, hippocampal glutamate levels did not significantly differ between the ultra-high-risk patients and the controls as a group.

There were no significant differences between the control patients and the ultra-high-risk patients who did not develop psychosis.

Dr Bossong emphasised that the findings represent differences at the group level, and not all patients with high glutamate concentrations necessarily developed psychosis.

Neuroimaging measures like this, however, could help clinicians to predict which people at high risk will subsequently develop psychosis, he explained.

A separate study presented at the Congress further highlighted the potential clinical benefits of neuroimaging for schizophrenia management by showing distinctive differences in the neurobiology of patients who do and do not respond to treatment.

This study involved 21 unmedicated patients with schizophrenia who were entered into a six-week trial and were treated with an antipsychotic.

With as many as 30 per cent of schizophrenic patients not improving with antipsychotic treatment, such findings are particularly important, the study lead author said.

The use of multimodal brain imaging might hold the promise of being able to predict, early in the treatment, the likelihood that a patient might respond or not to antipsychotic medication, the study suggested.